On the same day President Donald Trump held a summit and press conference with Russian President Vladimir Putin, the Justice Department announced that a Russian woman has been arrested on a charge of conspiracy to act as an agent of the Russian Federation within the United States. Mariia Butina, who goes by Maria Butina, is a political activist and former assistant to Russian Senator Aleksandr Torshin, a Putin ally, and the founder of Right to Bear Arms, a gun rights group.

Butina, 29, was arrested Sunday and made her initial appearance Monday in federal court in Washington, D.C., according to a press release from the Department of Justice. Magistrate Judge Deborah Robinson ordered Butina held until a hearing on July 18, according to the press release. Butina has denied ever having worked for the Russian government and her attorney, Robert Neil Driscoll, said she is not “not an agent of the Russian Federation,” according to a statement. Her attorney said her ties to the National Rifle Association, NRA officials and Republican political operatives were part of networking efforts by Butina, who is a graduate student at American University in Washington D.C. Butina’s home was raided by the FBI in April, her attorney said.

On Tuesday, Butina was indicted on two charges, conspiracy and acting as an agent of a foreign government. According to the indictment, Butina was accused of lying in her student visa application by claiming she had stopped working for Torshin, NPR reports.

“According to the affidavit in support of the complaint, from as early as 2015 and continuing through at least February 2017, Butina worked at the direction of a high-level official in the Russian government who was previously a member of the legislature of the Russian Federation and later became a top official at the Russian Central Bank. This Russian official was sanctioned by the U.S. Department of the Treasury, Office of Foreign Assets Control in April 2018,” the Justice Department press release states.

The Justice Department added, “The court filings detail the Russian official’s and Butina’s efforts for Butina to act as an agent of Russia inside the United States by developing relationships with U.S. persons and infiltrating organizations having influence in American politics, for the purpose of advancing the interests of the Russian Federation. The filings also describe certain actions taken by Butina to further this effort during multiple visits from Russia and, later, when she entered and resided in the United States on a student visa. The filings allege that she undertook her activities without officially disclosing the fact that she was acting as an agent of Russian government, as required by law.”

1. Butina Studied Political Science in Russia, Was Involved in Politics From a Young Age & Started a Furniture Store in Her Hometown in Siberia That She Sold in 2011

Maria Butina was born in Barnaul, Altai Krai, Russia, in Siberia, in 1988, according to her social media profiles and a bio on her gun rights group’s website. Her mother worked as an engineer and her father was an entrepreneur. She got involved in politics at an early age and studied political science at Altu State University, according to her Linkedin profile. Butina launched and ran a furniture store, House & Home LLC, in Siberia, which she sold in 2011 to move to Moscow to pursue a career in politics, according to The Daily Beast.

The chief focus of Butina’s master’s degree in International Service is a concentration in cyber policy, the “internet of things”, cryptocurrencies and blockchain technology. Her American University summer internship was with the Asian Pacific Top Level Domain Association on the topic of internet governance. Maria was a featured panelist at the group’s international conference in Tbilisi, Georgia in 2017. She has lectured in a dozen countries around the world and been in and out of active conflict regions. She studied global energy markets and other international trade issues. Maria was a small business owner (a chain of furniture stores) when she was still an undergraduate in Siberia, Russia.

You can read the criminal complaint and an FBI affidavit filed in the case below:

You can see a statement from her attorney below:

here’s a lengthy statement from maria butina's attorney, and it is interesting to note he says butina is willing to cooperate with special counsel robert mueller, but his office “has no expressed interest.” pic.twitter.com/0pYNFnG3MV

Her attorney said Butina has been willing to cooperate with Special Counsel Robert Mueller in his investigation into Russian meddling in the election, but said she has not received any interest from his office. Mueller is not mentioned in the charges or press release. Butina’s attorney also said she testified before the U.S. Senate Select Committee on Intelligence.

2. She Started Working for Then-Senator Aleksandr Torshin, a Putin Ally, in 2011

Butina began working for then-Russian Senator Aleksandr Torshin, an oligarch and Putin ally, in 2011. Torshin is now the deputy governor of the Central Bank of Russia. She was a close aide of Torshin for several years and seen by many as a protege of his. He has posted often about her on Twitter.

According to her Linkedin profile, she was an unpaid special assistant to Torshin from 2011 to 2015 while he was serving on the Russian Federal Council as First Vice Chairman. She then worked as an unpaid special assistant to Torshin at the Central Bank of Russia from 2015 to 2017, before moving to Washington D.C. full time to pursue her master’s degree at American University.

3. Butina Began Building a Relationship Between the NRA & Her Russian Group, Right to Bear Arms, in 2012

Maria Butina has been working for several years to create ties between her Russian gun rights group, Right to Bear Arms, which she founded in 2012, and the NRA. According to her Linkedin profile, “Butina founded a gun rights organization in Russia that grew to over 10,000 members. She has spent five years on national television, radio and in print as a spokeswoman for the organization.”

Torshin tweeted in November 2016, on Butina’s birthday, that he and Butina were the only two “lifetime members” of the NRA from the Russian Federation that he knows of. In 2014, Butina attended an NRA Women’s Leadership Luncheon in Indianapolis and spoke about Right to Bear Arms with the conservative media site Townhall.

“We protect gun rights in Russia, and people who are gun owners and in a situation of self-defense,” she told Townhall. “We are a young organization. We are three years old. And we invited David Keene. He made a speech at our annual meeting. And so it’s like an answer from one side. The next side is the life member of our organization. He is our Russian senator. His name is Senator Alexander Torshin. He is a life member of NRA too, and he’s usually a participant of such events, and every annual meeting of NRA. But now the situation between (our) two countries is very difficult. And we have to go here together with Senator Torshin. He is a great gun lover, he supports our organization and he’s a friend of the NRA.”

Butina and Torshin, have worked to create ties between the NRA and Right to Bear Arms. She has attended NRA meetings and is a member of the NRA. She also has brought NRA officials to Russia to speak at Right to Bear Arms events. Butina has made appearances with Republican politicians, including ex-Milwaukee County Sheriff David Clarke, former Louisiana Governor Bobby Jindal, former Senator Rick Santorum and Wisconsin Governor Scott Walker. She was at Walker’s presidential campaign launch in 2015, according to Rolling Stone.

Investigative journalist Scott Stedman reported in April that leaked text messages from Kremlin officials showed the Russian government talked about support for Butina’s efforts to reach out to the NRA. Stedman wrote, “The leaked text messages and the inclusion of a Putin confidant at a party celebrating the NRA’s trip to Moscow raises new questions about the Kremlin’s involvement in courting the Americans. In his testimony to the House Intelligence Committee, Fusion GPS founder Glenn Simpson made a point to mention Torshin and Butina. ‘It appears the Russians,’ Simpson said, ‘infiltrated the NRA.'”

4. She Asked President Trump a Question About Russian Sanctions at an Event in 2015 & Wrote an Op-Ed Saying a Republican President Would Be Good for Russia

Butina attended FreedomFest in Las Vegas in 2015, when then-candidate Trump was speaking, according to Mother Jones. Butina asked Trump a question, telling him she was from Russia and asking what he would do as president about the “damaging” U.S. sanctions. You can watch video of that moment above.

Trump suggested he would get rid of them, according to Mother Jones. After she told him she was visiting from Russia, Trump interjected, “Ahhhhh, Putin! Good friend of Obama, Putin. He likes Obama a lot. Go ahead.” According to Mother Jones, Butina said, “My question will be about foreign politics. “If you will be elected as president, what will be your foreign politics especially in the relationships with my country? And do you want to continue the politics of sanctions that are damaging of both economy [sic]? Or you have any other ideas?”

In 2015, Butina wrote an opinion piece in The National Interest in which she argued, “It may take the election of a Republican to the White House in 2016 to improve relations between the Russian Federation and the United States.”

5. Butina Founded a Company in South Dakota With an American Political Operative in 2016 & Hosted a Birthday Party Attended by Trump Campaign Staffers

In February 2016, Butina set up a company in South Dakota with Paul Erickson, a Republican political operative with ties to the NRA. Both Butina and Erickson were reported to be under FBI investigation in connection to Russian interference in the 2016 election, according to NPR. Erickson told McClatchy DC the company was formed in case Butina needed extra money for her graduate studies.

The FBI has been looking into whether Butina’s former boss, Torshin, funneled money from the Central Bank of Russia, which he is the deputy governor of, to the NRA to help the Trump campaign. In 2016, Erickson reached out to the Trump campaign, through aide Rick Dearborn, saying, “Putin is deadly serious about building a good relationship with Mr. Trump. He wants to extend an invitation to Mr. Trump to visit him in the Kremlin before the election,” the New York Times reported.

According to Mother Jones, Butina held a costume party in D.C. in November 2016, after the election, and it was attended by Erickson and Trump campaign aides. The Daily Beast reports that Butina bragged at the party about being part of the Trump campaign’s communications with Russia. 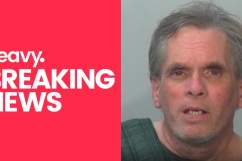 Loading more stories
wpDiscuz
0
0
Would love your thoughts, please comment.x
()
x
| Reply
Maria Butina, also known as Mariia Butina, has been arrested on a charge of conspiracy to act as an agent of the Russian Federation within the United States.