Mueller, in concert, has asked the FBI to look into allegations that someone was offering money to women in exchange for making false sexual assault allegations against him.

In a Twitter post on Tuesday, Wohl wrote, “Very credible allegations are set to be made against Robert Mueller — The MSM is scrambling! They’re accusing me of offering to pay accusers with ZERO PROOF and ZERO EVIDENCE!”

According to NBC News, Wohl was involved with the “alleged plot” of Jack Burkman, a conservative radio host who has been at the root of the allegations against Mueller, promoting them via his Facebook page and declaring that he would release the name of the “first accuser” against Mueller on Thursday, November 1. However, at the press conference, Burkman and Wohl repeatedly contradicted each other, and the woman that they claimed was going to be with them (a fashion designer named Carolyne Cass) didn’t show up.

1. Wohl Was First Implicated in the Mueller Scandal Via a Firm Called ‘Surefire Intelligence’

Odd. Jacob Wohl says he doesn't know nuttin' about Surefire Intelligence, the firm tied to the bizarre Mueller allegations. Take a look at the photos below of Mathhew Cohen, head of 'Surefire,' and of Jacob Wohl. pic.twitter.com/Q1rAW4wkPO

According to The Hill Reporter’s Ed Krassenstein, who spoke to NBC News, Wohl was connected to Burkman’s “plot” via a firm called “Surefire Intelligence.” The Hill Reporter claimed that a representative named Mike Wilcox called them and “threatened” them, demanding that they “stop communicating with” the woman who had originally contacted them regarding the bribery.

With some record analysis, The Hill Reporter confirmed that Wohl’s eail is associated with the Surefire Intelligence domain name. 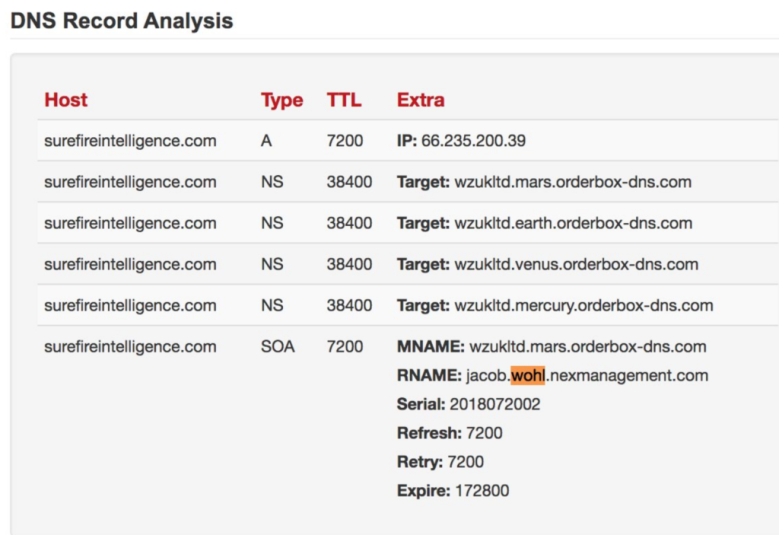 To make matters more complicated, The New Yorker’s Jane Mayer posted a side-by-side photo of Jacob Wohl with the photo of “Matthew Cohen,” the identity named as the head of Surefire Intelligence, the firm tied to the Mueller allegations. The photos are almost indisputably the same.

To The Daily Beast, Wohl claimed, again, that he has nothing to do with Surefire Intelligence. In a direct message on Twitter, he said, “Dude, I work for an influence marketing company in L.A.”

According to Surefire Intelligence’s official site, the company is “a private intel agency that designs and executes bespoke solutions for businesses and individuals who face complex business and litigation challenges.” The company’s website design was copyrighted in 2018.

2. Jacob Wohl Has Been Described as a ‘Far-Right Twitter Troll’

In its reporting on this scandal, The Hill described Wohl as a “far-right Twitter troll”; a few days ago, The New York Times described Wohl similarly, in reference to a tweet he wrote about the mail bomb campaign last week: “These “Suspicious Package” stories are false flags, carefully planned for the midterms.”

Indeed, Wohl’s most recent tweet on Tuesday afternoon was one advertising an article from the Gateway Pundit about the Mueller scandal. Wohl wrote, “EXCLUSIVE DOCUMENTS: Special Counsel and Former FBI Director Robert Mueller Accused of Rape By ‘Very Credible Witness ‘.”

3. Wohl Is a Former Hedge Fund Manager Who Was Banned By the National Futures Association in 2017

Liberals: If kids dress like a Disney character of another race on Halloween, that's horrible and racist

Also Liberals: If kids dress like another gender every day and take hormones to make it permanent, that's awesome

Wohl, a former ‘Wohl of Wall Street’ wunderkind hedge fund manager, was ordered to cease and desist his work in March of 2017, after being accused of violating Arizona’s securities laws.

Wohl was accused of 14 counts of fraudulent activity. In a statement, Wohl said,  “All of the allegations made by the Arizona Corporation Commission are based on false statements made by the disgruntled former investor to the commission, and are not supported by any of the documentary evidence in the case. The investor was a well heeled, accredited investor, and was provided with and signed all of the necessary risk disclosures.”

In March, Wohl was banned for life by the National Futures Association for failure to cooperate with the organization in its investigation.

What will happen to the crazed anti-Trump, anti-@JacobAWohl sycophant loons when it turns out no witness against Mueller was paid one cent by anyone?

Wohl’s father, David Wohl, is a notable Pro-Trump legal and political analyst who immediately jumped into the fray to defend his son on Tuesday. However, he was soon inundated with replies pointing out his son’s multiple connections to Surefire Insurance, despite his insistence that this scandal is the biggest “FAKE NEWS” of the year.

Wohl appears frequently as a guest on Fox News. He also served as one of the first people to amplify the news and hype around Burkman’s alleged client and his plans to announce the news on Thursday, tweeting of Burkman’s announcement, “Uh oh. The Witch Hunt is in jeopardy!”

If Jacob Wohl’s form of Twitter activity is considered to be trolling, then his father is one, too. Wohl has seemingly jokingly claimed that Stormy Daniels and mail bomb campaigner Cesar Sayoc are the same person, that the allegations against Roy Moore were “highly suspect” and “didn’t hold water,” and that “the American far-left are more anti-semitic than the Nazi party.”

5. Wohl Has a YouTube Channel Where He Has Smeared Christine Blasey Ford & the Women’s March

Following through from his Twitter account, Wohl has a YouTube account where he propagates his beliefs upon, as well. Wohl has discussed Christine Blasey Ford (where he described her as “slurring her words” and “falling apart at the seams”) as well as an episode on how the media “does Mueller’s bidding.”

A majority of the videos on Wohl’s YouTube channel seem to fall under a series called “Live Jew.” In one such video, Wohl discusses the “massive Hollywood cover-up of pedophilia,” a longstanding conspiracy theory that claims some of the biggest Hollywood stars are running and concealing a child sex trafficking ring.

Another slightly more niche conspiracy theory attributed directly to Wohl is a string of tweets he’s made regarding “coffee shop hipsters” and their alleged love of Trump. Multiple publications have noted how many times Wohl has tweeted about a reportedly organic occurrence in which he “overheard” coffee shop hipsters being impressed with Trump.

In one such tweet in July, Wohl wrote, “I just a left a hipster coffee shop. It was packed with liberals, whispering amongst each other about what a commendable job President Trump did with Vladimir Putin this morning in Helsinki — America is PROUD!”

I just left a hipster coffee shop, it was packed with liberals, whispering amongst each other about how they like and RT all my tweets and think everyone who calls my feed "a hot sewer pipe of putrescent offal" is a Russian agent

I was in a hipster coffee shop, and there was tons of water and a crowd of people and….oh, wait, that was a *hipper* coffee shop! Sorry, @FionaHippo ! pic.twitter.com/6blP3wjBgk

Correction: The name of Jack Burkman was corrected in this story.