Babi Christina Engelhardt announced on December 17 that she had an affair with Woody Allen in 1976, when she was 16 years old.

To The Hollywood Reporter, Engelhardt detailed her alleged eight-year affair with Allen, who declined to give a comment in response to the story. Engelhardt claimed that she even had threesomes with Allen’s then-wife, Mia Farrow, on several occasions. She has also written a memoir about her time with Allen, though it’s unclear if that will ever be published.

1. Engelhardt, Who Goes by ‘Christina Engelhardt’, Says She Has ‘No Regrets’

While she “thought [she] was special" during her affair with Woody Allen, over time Christina Engelhardt says she's slowly come to realize how little agency she had https://t.co/rZJQs3O9ER

To The Hollywood Reporter, “What made me speak is I thought I could provide a perspective,” she offers. “I’m not attacking Woody. This is not ‘bring down this man.’ I’m talking about my love story. This made me who I am. I have no regrets.”

Engelhardt, who is now 59 years old, added to The Hollywood Reporter, “It’s almost as if I’m now expected to trash him.”

Engelhardt and Allen met, she explained, when they were both at a restaurant called “Elaine’s” in New York City, and she dropped a note at his table with her phone number. When their alleged affair started, Engelhardt was 16 and Allen was 41.

2. Engelhardt Is Now a Mother of Two & a Psychic Reader

Engelhardt is now a divorced mother to two college-aged girls, The Hollywood Reporter details, and she gives psychic readings now. She has also written two un-published memoirs, one of which is about the time she claims to have spent with Allen.

Engelhardt said in part to The Hollywood Reporter that their relationship had two rules: one, that they wouldn’t talk about work, and two, that they could only spend time at his place. She said, “I was a pleaser, agreeable. Knowing he was a director, I didn’t argue. I was coming from a place of devotion.”

A recent article by The Washington Post, in which Allen’s seeming obsession with teenage girls is profiled, has caused Engelhardt to rethink her relationship. She told The Hollywood Reporter, “It put all of the dots together. It made me realize that I was part of a pattern. I’d never been privy to his mind in that way.”

3. Engelhardt Is an Actress, Writer, & Producer, According to IMDB; She Was Previously a Model, as Well

According to IMDB, Engelhardt is an actress, producer, and writer. She has 11 acting credits, including her work in The Third Solution and Demonia.
She has also won one award, according to IMDB, for the Best Foreign Film in 2006’s Verso la luna con Fellini.

To The Hollywood Reporter, Engelhardt shared her experiences modeling and spending time with influential men, from Adnan Khashoggi to Jeffrey Epstein to Allen. To The Hollywood Reporter, she said of why these men wanted to spend time with her, “I was pretty enough, I was smart enough, I was nonconfrontational, I was non-judgmental, I was discreet, and nothing shocks me.”

4. To The Hollywood Reporter, Engelhardt Shared a Letter Allen Wrote Her

Christina Engelhardt says she began a secret relationship with Woody Allen when she was 16 and he was 41 https://t.co/oxNBGpY6mn

To The Hollywood Reporter, Engelhardt shared a letter that is signed by Allen and acknowledges a relationship between the two, though not one that’s necessarily sexual.
The letter reads,

Dear Christina,
Thank you so much for the Fellini tape. I was always a great fan of his movies. I hope you’re happy and well. I recall our times together fondly. If you’re ever in New York I would love you to meet my wife – she’d like you. We get out to California every so often. If you’d like I’d call and perhaps we could all get together. Anyhow, it was very thoughtful of you to send me this documentary. I spoke with Fellini once but never met him.
Best,
Woody Allen

In another piece of evidence, Engelhardt shared a postcard that he autographed for her, though again, it only provides proof that he knew her.

5. Allen Has Been Accused of Sexual Involvement With Minors in the Past 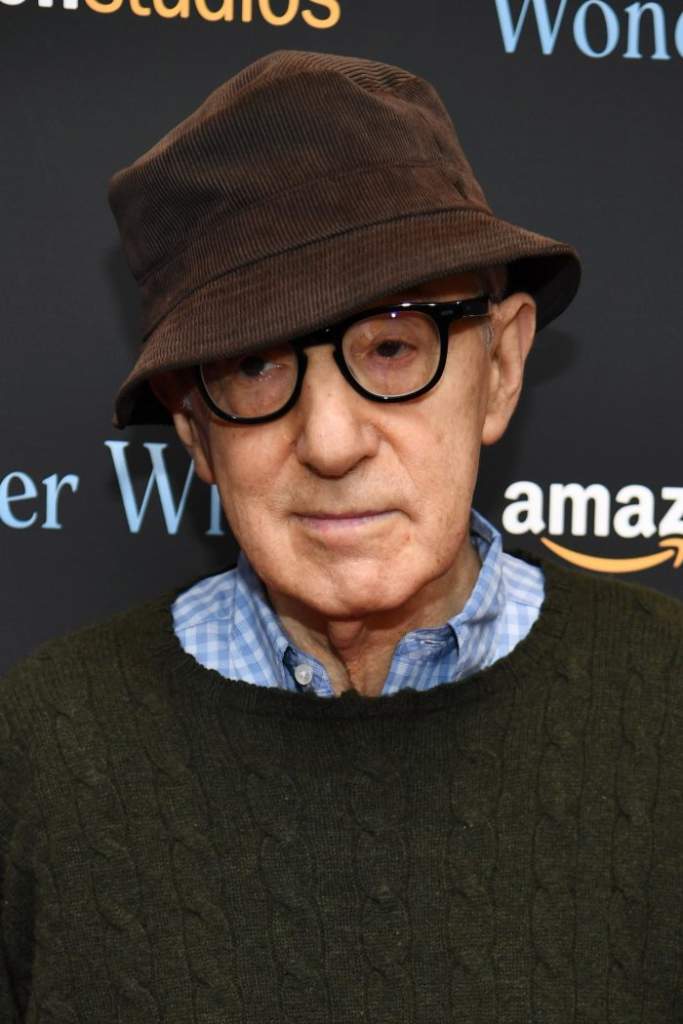 Woody Allen has been accused of sexual assault in the past by his stepdaughter, Dylan Farrow. He has denied this claim. He also notably married his ex-wife, Mia Farrow’s adopted daughter Soon-Yi Previn. They are still together.

Loading more stories
wpDiscuz
0
0
Would love your thoughts, please comment.x
()
x
| Reply
Babi Christina Engelhardt is an actress and producer who told The Hollywood Reporter that she engaged in an eight-year affair with Woody Allen, starting when she was 16.