Natalie Corona, a young rookie police officer in California, was shot and killed in the line of duty just a few months after earning her badge. Police are calling it an ambush.

Corona responded to a minor crash involving three cars on January 10, 2019, around 6:45 in the evening. The crash occurred near 5th and D streets in Davis, California, near the UC Davis campus. Firefighters also responded to the scene.

Lieutenant Paul Doroshov with the City of Davis police department said that multiple shots were fired shortly after Corona responded to the scene. Corona, who was wearing a bulletproof vest, was struck at least once in the neck. She likely never saw the gunman. Corona was rushed to the UC Davis Medical Center in Sacramento, where she was pronounced dead. Investigators have not yet determined a motive for the shooting.

In a news conference Friday evening, Davis Police Chief Darren Pytel confirmed the gunman was not involved in the crash. The gunman, identified by the Yolo County Sheriff’s Office as Kevin Douglas Limbaugh, 48, rode up to the scene on a bicycle and aimed his weapon directly at Corona. She fell to the ground, but the gunman kept shooting at her. Police said Limbaugh fired several rounds and reloaded at least twice. Bullets struck vehicles, including a fire truck and a passing bus, as well as a pedestrian’s backpack. He also shot at a firefighter, but luckily only hit the firefighter’s boot. No one else was injured.

Limbaugh fled the scene, circling the block, before going back to his house. Police said he even stood outside with his roommate as additional responders arrived at the scene. Police have questioned the roommate, who was later evacuated from the home.

Back at the scene, a witness noticed that the gunman had dropped a backpack and pointed it out to police. They used information found in the bag to track him down to his house.

Police surrounded the home and spent hours trying to encourage Limbaugh to surrender. Chief Pytel explained the gunman came outside the home at least twice wearing a bulletpoof vest; the second time he emerged holding a weapon, but did not fire. At some point, police heard a gunshot from inside the house. They sent in a robot with a camera and said that Limbaugh had shot himself in the head. You can read more about Limbaugh, and the note he left behind at the scene of the standoff, here.

Corona’s unexpected death has prompted nationwide tributes and outpourings of support for the enthusiastic young woman who had been excited to follow in her father’s footsteps as a police officer. Corona was only 22 years old.

1. Natalie Corona Grew Up in Arbuckle, California & is Survived By Her Parents & Sister

Natalie Corona was born and raised in Arbuckle, California. It’s a small town located in Colusa County, about 45 miles northwest of Sacramento.

Corona attended Pierce High School, graduating in 2014. The Sacramento Bee shared that Corona won homecoming queen, played volleyball and basketball and enjoyed boxing. She went on to Yuba College, where she earned an associate degree in Administration of Justice.

2. Natalie Corona Began Working for the City of Davis Police Department While Still in School; She Earned Her Badge in August 2018 & Her Father Was the Person to Pin It

Natalie Corona went on to the Sacramento Police Academy after earning her associate degree. At the same time, she began working with the city of Davis Police Department. She served as a part-time Community Services Officer.

She continued that work as a volunteer even after the department ran out of funding for the position. She reportedly worked as a waitress in order to afford to continue volunteering. Corona graduated from the academy in June of 2018.

On August 2, 2018, Corona earned her badge. She was sworn in as an officer with the Davis Police Department and her father, Merced, was the person to pin her badge. As you can see in the picture above, Corona had a huge smile on her face and it’s clear just how excited she was to be serving her community in this way, just like her father.

Corona had recently completed her field training before her tragic death.

Her father spoke with CBS Sacramento following her death. He said that Natalie understood the risks of being a police officer. He was proud of her, but always worried about her getting hurt. Merced told the TV station, “Times have changed. It’s gotten more violent. As a father, you worry about your kids.” 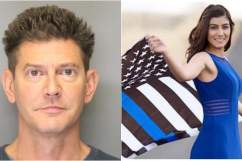 3. Corona Was Praised For Her Commitment to Helping People & Was Described as a Rising Star in the Department

Officer Corona was clearly loved and appreciated by her fellow officers. Public Information Officer Lt. Doroshov described her as an “outstanding, positive person.” He said that the department is small and tight-knit, and that Corona’s death was “a real loss to the community.”

In a news release, Police Chief Darren Pytel said, “Officer Corona had an incredible work ethic, was well liked by her colleagues, and was an asset to the Davis Police Department. Her death is a devastating loss for all of us.” He also told the Modesto Bee, “I haven’t seen anybody work harder in a part-time capacity and be more motivated to be a police officer than Natalie. She was just an absolute star in the department and someone that pretty much every department member looked to as a close friend, a sister.”

Mayor Brett Lee said in a statement that Corona’s death is a reminder of the risks police officers take every day to protect the community. “The entire City Council is grief-stricken and heartbroken at this senseless loss of life.”

The City of Davis Police Department highlighted Officer Corona in a Facebook post on December 11, 2018. The department had been helping families impacted by the wildfires. Corona went back to give even more. The post read: “DPD Officers were called out to the new home of a Paradise fire victim who had lost everything. Officers were able to assist the new Davis resident. Today, the same officer quietly returned to the residence with a gift of necessary items the fire victim didn’t have access to. We are always proud of the work our officers do, but have a little extra pride today. Davis Police Department-Serve with pride…”

Flags were flown at half-staff in Davis and Sacramento County to honor Officer Corona.

4. Officer Corona Paid Tribute to Fallen Officers & Thanked Them For Their Service

Natalie Corona had a deep appreciation for law enforcement and for those who laid down their lives to serve their communities. That likely came from her childhood as the daughter of a police officer.

In October 2016, Corona shared a photo of herself holding an American flag that had one blue stripe. She wrote in the caption: “I would like this photograph to serve as my gratitude for all those law enforcement men and women who have served, who are currently serving, and those who have died in the line of duty protecting our liberties in this great country. #LawEnforcement #Blueline #Thankyou #Lausphotography”

Our hearts go out to the @cityofdavispd and to the family of Officer Natalie Corona. Just six months after graduating from the police academy, Officer Corona was shot and killed as she responded to a vehicle collision. The entire law enforcement community mourns this loss. ? pic.twitter.com/FCA5YydIWo

Corona’s Facebook page is filled with tributes from friends, family, and strangers expressing their gratitude for her service, and messages of heartbreak for a young life taken far too soon. You can visit the page here.

An estimated 5,000 people gathered to honor Corona in a candlelight vigil in Davis’ Central Park. Her high school basketball coach, Ed Martinez, told CBS San Francisco, “When she walked into the room, it was like somebody lit the candles. She will never leave our hearts, she will be with us forever.”

A GoFundMe page was also launched to benefit either Corona’s family or the National Law Enforcement Officers Memorial Fund. The page raised more than $4,000 in less than two days.

The murder of Natalie Corona is a devastating shock to her community. Crime is low in Davis. As the Modesto Bee reported, the Davis Police Department investigated just one homicide in 2017 and none the year before that.

As Lt. Doroshov commented, this is the first time a police officer has been killed in the line of duty in nearly 60 years.

Douglass Cantrill died September 7, 1959. According to the Officer Down Memorial Page, Patrolman Cantrill only 23 years old when he was shot in the chest after stopping two people that were reportedly acting suspiciously. He was found dead in his cruiser. The killer used Cantrill’s own service weapon. Two suspects were apprehended but never charged.

Officer Natalie Corona’s death comes just weeks after the murder of Corporal Ronil Singh in Newman, California. He was shot and killed in the line of duty on December 26, 2018. You can read more about that case in the link below. 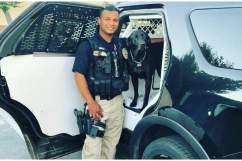 Loading more stories
wpDiscuz
0
0
Would love your thoughts, please comment.x
()
x
| Reply
Officer Natalie Corona was just 22 years old when she was shot & killed in the line of duty in Davis, California.