Watson’s attorney released a statement Friday alleging that Watson was raped by Fairfax in 2000 while they both attended Duke University.

The lawyer says Watson shared the experience with friends but decided to come forward after Fairfax denied sexually assaulting Dr. Vanessa Tyson, a California professor who accused him of physically forcing her to perform oral sex on him while they attended the 2004 Democratic National Convention.

The statement called on Fairfax to resign.

Fairfax denies the allegations and said he will not resign.

“We serve as counsel for Meredith Watson, who was raped by Justin Fairfax in 2000, while they were both students at Duke University,” the statement said. “Mr. Fairfax’s attack was premeditated and aggressive.”

“The two were friends but never dated or had any romantic relationship,” it said.

The statement went on to say that Watson shared her account of the rape with friends in emails and Facebook messages that the law firm has obtained. The firm also has statements from former classmates “corroborating that Ms. Watson immediately told friends that Mr. Fairfax had raped her,” Smith wrote.

“Ms. Watson was upset to learn that Mr. Fairfax raped at least one other woman after he attacked her,” the news release continued. “The details of Ms. Watson’s attack are similar to those described by Dr. Vanessa Tyson.”

“Ms. Watson is reluctantly coming forward out of a strong sense of duty and her belief that those seeking or serving in public office should be of the highest character,” Smith said. “She has no interest in becoming a media personality or reliving the trauma that has greatly affected her life. Similarly, she is not seeking any financial damages.”

The statement goes on to say that Watson hopes Fairfax will resign.

Fairfax denies the charges as "a vicious and coordinated smear campaign is being orchestrated against me."

Fairfax said in a statement to Politico that he is the victim of a “smear campaign” and reiterated that he will not resign.

“I deny this latest unsubstantiated allegation,” he said. “It is demonstrably false. I have never forced myself on anyone ever.”

“I demand a full investigation into these unsubstantiated and false allegations,” he continued. “Such an investigation will confirm my account because I am telling the truth.”

He noted that he passed two FBI background checks and won two elections and the allegations did not come up at the time.

“It is obvious that a vicious and coordinated smear campaign is being orchestrated against me,” he said, adding, “I will not resign.”

Kaneedreck Adams, an attorney who attended Duke with Watson, corroborated the allegation in an interview with The Washington Post

“She was upset,” Adams said. “She told me she had been raped and she named Justin.”

“Molly, Justin raped me in college and I don’t want to hear anything about him. Please, please, please remove me form any future emails about him please,” Watson wrote on Oct. 26 of that year.

Earlier this week, California professor Dr. Vanessa Tyson came forward to publicly allege that Fairfax sexually assaulted her in 2004 while they attended the Democratic National Convention in Boston. Fairfax worked as an aide on then-Sen. John Kerry’s presidential campaign.

Tyson told The Washington Post that she went with Fairfax to his room where they started consensually kissing before she says Fairfax “used his strength to force her to perform oral sex.”

She said she never told anyone what happened until she approached the Post after Fairfax won his election.

The Post reported that they did not run the story because they could not corroborate it. 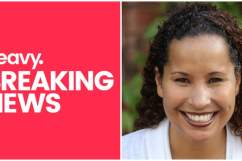 Five colleagues and friends independently told The Times that Tyson told them about the assault either in 2017 or 2018.

More than 740 academics have signed a letter in support of Tyson.

“Lt. Governor Fairfax has an outstanding and well-earned reputation for treating people with dignity and respect,” his aides said in a statement. “He has never assaulted anyone — ever — in any way, shape or form.”

The allegations against Justin Fairfax are serious and credible. It is clear to me that he can no longer effectively serve the people of Virginia as Lieutenant Governor. I call for his immediate resignation.

“The allegations against Justin Fairfax are serious and credible. It is clear to me that he can no longer effectively serve the people of Virginia as Lieutenant Governor. I call for his immediate resignation,” he tweeted.

Fairfax, a 39-year-old federal prosecutor, had been a rising star in the Democratic Party.

The mounting allegations come as Democratic Governor Ralph Northam also faces calls to resign after he admitted to wearing blackface in college in the eighties.

The women’s advocacy group UltraViolet called for both Fairfax and Northam to step down.

“Sexual violence is never acceptable. We believe survivors, we believe Dr. Vanessa Tyson, we believe Meredith Watson. Lt. Governor Justin Fairfax must resign,” the group said in a statement. “So must Governor Northam. Black face, in any context, is always racist and never acceptable. Virginians deserve leaders they can trust and respect.”