Joe Sestak is the 25th Democrat to announce a 2020 presidential campaign and to say he’s a long shot may seem obvious. He announced too late to qualify for the June 26 and 27 debates. But Sestak seems unconcerned about the long odds against his bid for the White House; after all, every campaign he’s ever run has been an uphill climb, literally in some cases. He’s perhaps best known in Pennsylvania for the campaign stunt he pulled off during his (unsuccessful) 2010 bid for the Senate, when he walked across the entire state of Pennsylvania, starting at the New Jersey border and ending at the Ohio state line.

As a retired three-star Navy admiral, Sestak looks in some ways like the ideal Republican candidate.

But Sestak, who served two terms in Congress and has a Ph.D in political economy and government from Harvard, has always run as a Democrat, even though many in the party haven’t always stepped up to support his past campaigns for office. According to his campaign website, when he was elected to represent Pennsylvania’s 7th Congressional District from 2007 to 2010, Sestak was the highest-ranking military officer ever elected to Congress.

But there may be some long-time Democratic Party stalwarts who are still annoyed with Sestak for running against incumbent Arlen Specter in the 2010 primary, which led to Republican Pat Toomey winning the seat.

Can Joe Sestak — or as he likes to be called “Admiral Joe” — buck the odds and win the nomination for president?

1. Sestak Walked Across Pennsylvania — Total of 422 Miles — During His 2010 Campaign for Senate

Using Google Maps directions from his staff, Sestak walked roughly 14 miles a day, always heel-to-toe, military style– during the campaign, according to the Allentown Morning Call. The idea was to meet with as many voters as possible and “walk in their shoes” symbolically.

“If the establishment had joined me on my walk in Pennsylvania, it would have learned that the biggest deficit we have in America today is not the debt, but the trust deficit,” Sestak said in the video announcing his campaign.

2. The Democratic Party Has Not Always Supported Sestak 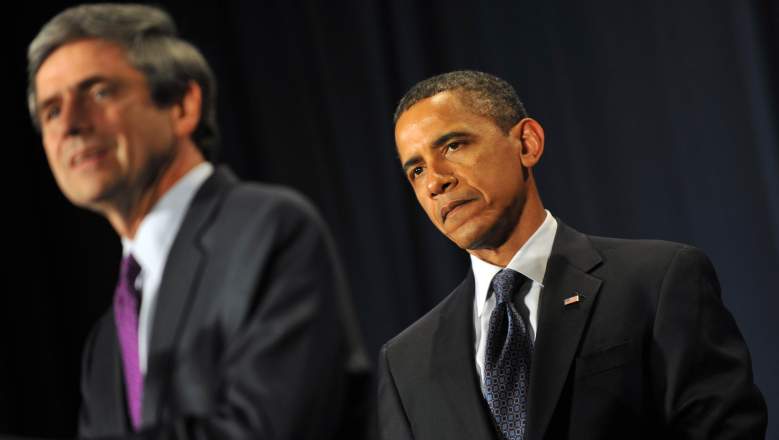 During the 2010 Senate campaign, Sestak says he heard from fellow Democrats that he should “stop walking and just fundraise.” Sestak chose to follow his own path, even if it meant going against what party leadership wanted him to do.

Pressure from the party in Sestak’s 2010 bid for the Senate was intense; he was running in the primary against longtime incumbent Arlen Specter, who in 2009 switched his party designation from Republican to Democrat. President Obama sent former President Bill Clinton to try to persuade Sestak to drop out of the primary, in return for a vague position within the administration according to the Washington Post, but Sestak refused.

Sestak beat Specter in the primary, buoyed by anti-incumbent sentiment, and by campaigning against Specter’s record, which included pointed questioning of Anita Hill during Clarence Thomas’s confirmation hearings.

He ultimately lost in the 2010 general election to Pat Toomey, who still holds the seat.

Sestak tried to challenge Toomey again in 2016, but lost in the primary to state Environmental Protection Agency Secretary Katie McGinty. She lost to Toomey in one of the Democratic Party’s worst defeats in 2016 (other than the one at the top of the ticket, of course).

3. Sestak’s Daughter Alex Was Diagnosed With Brain Cancer at Age 4 & Serves as His Inspiration 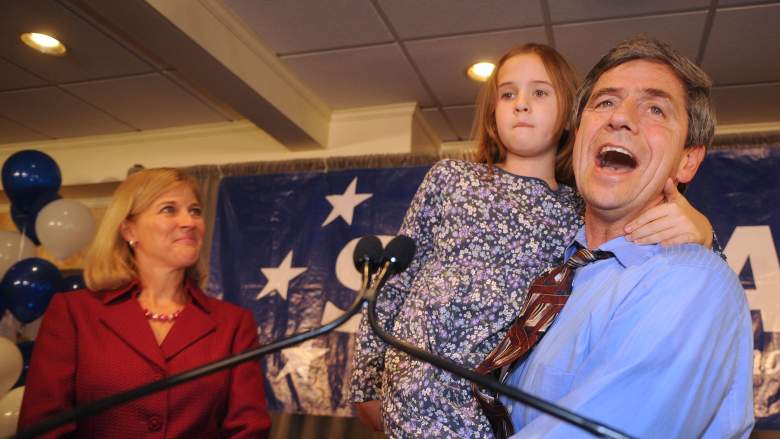 In a 2016 interview for NEXTPittsburgh, Sestak told me that after her initial diagnosis, Alex was given an 8 percent chance to live, and that he realized the value of the healthcare he had as a former member of the military. He said he’d met many families who didn’t have access to the treatment that ultimately saved his daughter’s life. His campaign slogan for his first bid for office was “national security begins at home, in health security,” and he voted and spoke in support of the Affordable Care Act.

Sestak said he ultimately waited until June to announce his candidacy, putting his campaign at long odds to win, because Alex’s cancer returned last fall. Now age 12, she’s on the mend. “Throughout this past year, Alex again showed she is stronger than me, heroically beating the single digit odds once more, drawing on the fortitude of her Mom,” he said in his campaign video.

4.  Sestak Narrowly Missed Being in the Pentagon During the 9/11 Attacks

I’m Joe Sestak, and I wore the cloth of the nation for over 31 years in peace and war, from the Vietnam and Cold war eras, to Afghanistan and Iraq, and the emergence of China. Born and raised in Pennsylvania, I grew up in this global canvas of service in the United States Navy. pic.twitter.com/8VGhsWrZ6v

Sestak says he was in the Pentagon on September 11, 2001, and walked out not long before a hijacked airplane hit the building.

Soon afterward, he was appointed the director of Deep Blue, a Navy program designed to develop anti-terrorism strategy. Sestak was sent to Afghanistan at the beginning of the War on Terror, later serving as commander of an aircraft carrier battle group in the Arabian Sea.

5. Sestak Says His Experience in the Navy Uniquely Qualifies Him to Be President

During his campaign announcement, Sestak says what he learned about accountability and responsibility during his three decades in the Navy is what would make him a good president.

A young sailor unhooks the plane from the catapult and, since no pilot will turn off his or her engines until they know that they have first been unhooked from that powerful sling, the sailor then walks in front of the aircraft and gives a very simple signal that says it all: “I’m willing to be accountable by standing right here until you turn off your engines and are safely on deck. And if I made a mistake, and you start heading overboard to your death while still in the plane, I am going to go with you to my own.”

No one in America believes that anyone in Washington DC is willing to stand in front of that plane, accountable to them. As your President, I want to – for all Americans, so we can accomplish our agenda together, before the hour is too late.

But even in the Navy, Sestak wasn’t always well-liked by some of his colleagues. The New York Times reported in 2010 that Sestak was known as a demanding boss, who worked long hours and expected his staff to do the same. He proudly cites a proposal he created as Deputy Chief of Naval Operations, to reduce the level of Navy ships from 375 to 260, as evidence of his commitment to doing what’s right, even when it’s not popular.

READ NEXT: Marianne Williamson Says Her Mic Was Muted During the Democratic Debate