Pasco County Sheriff Stacey Dash is pictured in her mugshot photo after she was arrested in Florida on domestic violence charges.

Stacey Dash is an actress who starred in “Clueless,” a conservative political commentator and former Republican congressional candidate who was arrested on domestic violence charges in Florida on September 29 after police say she assaulted her husband. The 52-year-old Dash has said she was acting in self-defense, her manager told TMZ.

Her husband, Jeffrey Marty, was not arrested.

Dash has generated controversy in the past for her political views and statements and her outspoken support of President Donald Trump, including as co-chair of Women for Trump. She has been acting since the early 1980s, starring in several movies and TV shows beyond her most notable role in “Clueless.” She is set to star in the controversial upcoming anti-abortion and political drama film “Roe v. Wade,” which is currently filming. She has claimed she was blacklisted in Hollywood for her views.

Here’s what you need to know about the arrest:

1. Dash Was Booked Into the Pasco County Jail & Was Released Without Bond

Stacey Dash was booked into the Pasco County Jail at 10:22 p.m. on September 29. She was released from custody without having to post bail just before noon on September 30. Dash was charged with domestic battery, a misdemeanor. She could face up to one year in jail, but she has no prior criminal record and first offenders often are eligible to enter a pre-trial diversion program that includes probation, fines, court fees and classes like anger management and a mandatory batterers intervention program.

According to TMZ, Dash was arrested at a home she owns in Pasco County, Florida, on Sunday after a dispute with her husband. The Pasco County Sheriff’s Office told the gossip site that deputies responded to the home about 7:45 p.m. Dash’s husband, Jeffrey Marty, told police she had pushed and slapped him. The deputies said they saw scratch marks on Marty’s arm and arrested Dash.

Dash’s husband of about a year is a conservative lawyer and Florida resident. The couple was married in spring 2018.

'Clueless' Star Stacey Dash Claims Self Defense in Domestic Violence Arrest | TMZWe've obtained video from the arrest in which Dash is obviously upset. SUBSCRIBE: http://po.st/TMZSubscribe About TMZ: TMZ has consistently been credited for breaking the biggest stories dominating the entertainment news landscape and changed the way the public gets their news. Regularly referenced by the media, TMZ is one of the most cited entertainment news sources…2019-09-30T19:19:32.000Z

In the video, a deputy can be seen taking Dash’s cell phone and asking her to put her hands behind her back. As he handcuffs her, Dash asks, “what are you doing?” The deputy tells her he is just detaining her. She then asks, “am I being arrested?”

2. Her Manager Told TMZ Her Husband Attacked Her First, Choking Her, & She Was Defending Herself When She Slapped & Scratched Him

Please follow me on #allsocial Down load the link and I will follow you back. Thank you. So excited to start my new journey with you all. Also… thank you for all of your support and prayers. They mean so much to me. God Bless you. On my way to celebrate Israel’s independence 3 years ago. Such an honor to be there. Thank You Father for all you have done. Are doing. Will do In my life. The lessons I’m learning even the difficult ones. Please help me to become the woman You want me to be, to serve You always and bring Glory to your name. I am so grateful. In Jesus Name. Amen. #allsocial #JoinAllSocial #faith #jesus #warrior #wwg1wga #grace #israel #throwbackthursdaymusic

Stacey Dash’s representatives told TMZ that the actress was acting in self-defense after her husband attacked her first. Her manager told the gossip site that Jeffrey Marty was choking her and she defended herself, which is when he was scratched.

Dash’s manager told TMZ that it was her who called 911 and she was arrested because she didn’t have any marks on her, but her husband did.

A police report with more details on the incident were not immediately available and the Pasco County Sheriff’s Office did not immediately return a request for comment from Heavy.

Stacey Dash has been married four times and has two children from her previous relationships. She and her current husband have been married about a year. Dash was previously married to producer Brian Lovell from 1999 to the mid-2000s. Her second husband was actor Emmanuel Xeureb. She was then married to British businessman James Maby.

Dash has a daughter, born in 2003, from her marriage to Lovell, and a son, born in 1991, with her ex-boyfriend, singer Christopher Williams. She is also the stepmother to Jeffrey Marty’s two children.

Dash kept her marriage to Marty relatively quiet. Little is known about their relationship. Marty is a Florida attorney and consultant who, like Dash, is an avid Trump supporter and involved in conservative politics. His Twitter bio reads, “#MAGA #WWG1WGA #GreatAwakening,” referencing Trump’s campaign slogan, and two phrases connected to the debunked QAnon conspiracy theory. Dash has also promoted the QAnon conspiracy theory. 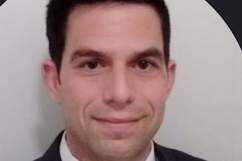 4. She Dropped Her 2018 Congressional Bid After Less Than a Month in the Race

Stacey Dash has been involved in conservative politics both as a commentator and as a candidate, albeit briefly. She has said she voted for President Barack Obama in 2008, but switched her support to Mitt Romney in 2012. She endorsed President Trump in 2016. Dash appeared on Fox News as a commentator from 2014 until 2017, when he contract was not renewed.

Dash filed to run for the U.S. House of Representatives on February 26, 2018, in California’s 44th congressional district, as a Republican. She told The Guardian she wanted to, “free people from the shackles of a plantation mentality.”

Dash dropped out of the race just over a month later, on March 30, 2018. She said in a statement at the time, “After much prayer, introspection and discussions with my family, I am withdrawing my candidacy for California’s 44th Congressional District.”

Dash added, “I started this run with the intention to address the pressing issues in the district where I live. I hoped, and remain hopeful, that I can assist people living here on the national level. My goal was, and remains, to improve the lives of people who have been forgotten for decades by the Democratic Party.

She continued, “At this point, I believe that the overall bitterness surrounding our political process, participating in the rigors of campaigning, and holding elected office would be detrimental to the health and wellbeing of my family. I would never want to betray the personal and spiritual principles I believe in most: that my God and my family come first.”

Dash said, “My political positions have often been labeled as controversial, but the real controversy is how decades of government corruption and political disempowerment have created a system where skyrocketing home prices, dirty needles in the streets, and long bus trips to other districts for jobs are somehow considered acceptable by the government officials representing the 44th District.”

5. Dash Has Spoken Out About Being Abused in Her Past & Her Struggles With Addiction as a Result of That Trauma

Dash has spoken out previously about past abusive relationships and being molested as a child. She told People in 2017 that she was molested by a family friend when she was a child. The trauma from that experience led her to be addicted to cocaine in her teens and early 20s, she told the magazine.

Dash also told People she was sexually assaulted by an ex-boyfriend and says she is a supporter of the Second Amendment and gun rights because she used her .22 revolver to scare him away from her and save her life.

“He would punch me in my body, my legs, my chest, anything that could be covered,” Dash told People. “But part of me felt like I deserved it because what I was coming from was no better. I didn’t have an identity. That’s why I fight for women and people in the inner cities today. I want them to know it will get better.”

Dash told People, “The best way to protect my children is to be honest with them. I let them know that I survived. I’m not a victim. And there is nothing they can’t overcome.”