Marty Ginsburg was the first and only husband of Ruth Bader Ginsburg, the famed Supreme Court justice. Ginsburg died on Friday, September 18, after a long battle with pancreatic cancer. She had been a on the Supreme Court since 1993 and was only the second woman in United States history to be appointed to the position.

Ruth Bader Ginsburg was considered a member of the liberal bloc of the bench and served as an increasingly well-known voice on behalf of gender equality, women’s rights violations, same-sex marriage and the upholding of Roe v. Wade, to name a few.

Martin Ginsburg met Ruth Bader on a blind date while they were both studying at Cornell, according to NPR. Martin Ginsburg was 18 years old at the time and Ruth Bader was a mere 17 years old. Of the date, Ruth Bader Ginsburg later said that her husband was the only man she’d ever dated who was interested in her brain.

As for Martin Ginsburg, he reportedly said later that his wife was a “top brain,” and he was a “top golfer.”

The Ginsburgs were happily married for 56 years until Martin Ginsburg died in 2010. They also had two children, Jane Carol Ginsburg and James Steven Ginsburg, and four grandchildren.

2. In an Op-ed to The New York Times, Ginsburg Described Her Marriage as the Luckiest Thing of Her Life

In an opinion piece on life advice written for The New York Times in 2016, Ginsburg wrote, “I have had more than a little bit of luck in life, but nothing equals in magnitude my marriage to Martin D. Ginsburg. I do not have words adequate to describe my supersmart, exuberant, ever-loving spouse.”

Ginsburg went on to discuss her husband’s cooking acumen, his support as a parent and his role as “the first reader” for everything she wrote. Ginsburg added, “He was at my side constantly, in and out of the hospital, during two long bouts with cancer. ”

Martin Ginsburg had the same loving words to say about his wife. Prior to his death, he “wrote to his wife that (setting aside parents and kids), ‘you are the only person I have loved in my life. … I have admired and loved you almost since the day we first met at Cornell some 56 years ago,'” NPR reported in July 2010.

3. They Both Deferred From Harvard Law School for 2 Years When Ginsburg Was Drafted

Both Ruth Bader Ginsburg and Martin Ginsburg attended Harvard Law School, but not before a two-year deferral due to Martin Ginsburg being drafted into the army. They lived in Fort Sill, Oklahoma, for two years, a time that Martin Ginsburg later described as a “stroke of good fortune” because it allowed him and his wife to spend time alone together, NPR reported.

“We had nearly two whole years far from school, far from career pressures and far from relatives, to learn about each other and begin to build a life,” he said.

Martin Ginsburg also learned about Ruth Bader Ginsburg’s awful cooking skills during their time in Oklahoma. According to NPR, he said, “I learned very early in our marriage that Ruth was a fairly terrible cook, and, for lack of interest, unlikely to improve. Out of self-preservation, I decided I had better learn to cook.”

4. He Was a Successful Tax Lawyer & Professor of Law at Georgetown University 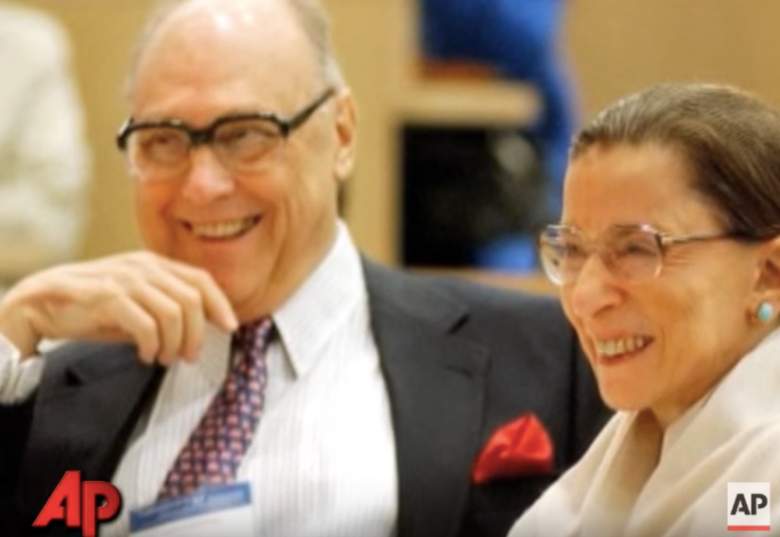 Martin Ginsburg was a successful lawyer in his own right. According to The Washington Post, he received a Bachelor’s Degree from Cornell, where he met Ruth Bader Ginsburg, and eventually received a degree from Harvard Law School, specializing in tax law.

After college, Ginsburg practiced law in New York and was a law professor at New York University for several years, before finally deciding to be a full-time professor. When Ruth Bader Ginsburg received the opportunity to become an appellate judge in Washington, D.C., he moved to Georgetown University and practiced as a tax layer there.

The Washington Post reported that Martin Ginsburg was also the co-author of Merges, Acquisitions and Buyouts, a tax law treatise that was updated on an annual basis.

5. Martin Ginsburg Said the Most Important Thing He Did in His Life Was to Enable His Wife

In the weeks leading up to Martin Ginsburg’s death, he reportedly told a friend, “I think that the most important thing I have done is to enable Ruth to do what she has done,” NPR reported.

According to NPR, it was a tax case that Martin Ginsburg brought to his wife’s attention that first set in motion her passion for gender equality, and when they won this case it was eventually brought to the Supreme Court.

It was these statutes, in particular, Ginsburg recalled, “that my wife then litigated against to overturn over the next decade.”

NPR also reported that Ginsburg was constantly promoting his wife’s legal abilities and that some Clinton administration officials claimed it was his “relentless and artful behind-the-scenes lobbying that brought Ruth Ginsburg’s name into the mix of potential Supreme Court nominees in 1993.”

Ruth Bader Ginsburg also believed that her husband’s active support was a huge contributor to the success of her legal career. To the New York Times, she wrote, “I betray no secret in reporting that, without him, I would not have gained a seat on the Supreme Court.”

READ NEXT: Ruth Bader Ginsburg’s Grandchildren: She Had 4 Grandkids & 2 Step-Grandchildren

Loading more stories
wpDiscuz
0
0
Would love your thoughts, please comment.x
()
x
| Reply
Marty Ginsburg was the husband of Ruth Bader Ginsburg. They were married for 56 years.