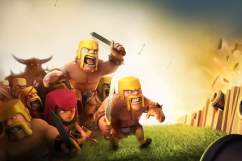 You’ll need to make sure you have some hard drive space left on your mobile devices for these games. If you play Clash of Clans like a fiend and you’re looking for some games that replicate that game’s addictive experience, then this list of 15 games are right up your alley. These 15 mobile games are full of the hardcore strategy mechanics that will have you glued to your smartphone/tablet’s screen.

Use your modern combat troops to rule the battlefield. You’ll have your usual array of tanks, troops, airplane bombers and so much more at your fingertips!

You’ll need to keep your nation well-protected. Performing this action means you’ll need to fortify your base with a healthy gathering of modern army troops.

The future is now! This strategic RPG gives you access to the most efficient troops of the near future. Pummel the competition with the strongest troops via land and air.

Head back onto the war-torn battlefield with an array of troops. It’s your time to dominate and rebuild your world from the war torn ashes it has been reduced too.

The human race has been reduced to nothing but brain eaters! You’ll have to make sure you head to a new planet, but also make sure you defend your ship and crew against the zombie hordes!

Your angry, bloodthirsty and beautifully animated army of mercenaries are looking to smash everything. Put ’em to work and develop your kingdom with a host of buildings and rabid animals.

This PC strategy RPG features a lot of the elements seen in the mobile strategy games market. There’s orcs, warlock’s and more mystical troops to keep busy inside your lair of goblins.

Enter this mobile game’s fantasy world, adopt the aid of dwarves and elves, create alliances and tear down the evil troops that come your way!

Instead of using human troops to do your bidding, you’ll have a bunch of massive dinosaurs to take into battle. Evolve your army of ancient lizards and join up with other strong clans.

You’ll either go to war as Hugo the King of Trolls or Scylla the Evil Queen of the Witches in this mobile game. You’ll have to fight to maintain your troops and keep your village in tip-top shape.

You’ll have to build a massive city and battle to keep it as strong as possible during the magical medieval times. Keep your stronghold alive and make sure your army of wizards and bearded warriors are ready to rule!

You’ll be building, trading, cooperating with fellow armies, fighting and conquering the huge world within this game. Your empire shall become the best in the land.

You’ll have to keep your eyes on your village and embark upon epic conquests as you tear down epic clans!

2. The Mighty Quest for Epic Loot

This PC-exclsuive strategy/RPG lets you build their own castles, perform some dungeon crawling along the way and build up your loot by tearing down other player’s castles.

Your gladiators are ready to cut down the competition! Not only will you need to keep your fortified center of commerce intact, you’ll have to train your warriors for multi-man arena skirmishes. 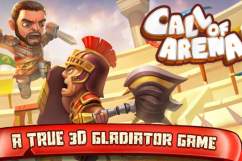 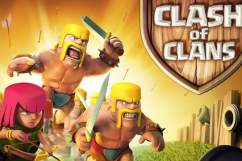