Update: we now have Akuma’s official gameplay reveal from the 2016 PS Experience. He’ll be available for download on December 20, 2016. The 2017 Character Pass (which gives you future access to five new characters) also releases that same day. This pass also comes with Premium Battle Costumes with colors 3-10 unlocked, Default costume colors 3-10 for each character and an exclusive PS4 theme.

The 1st official season of Street Fighter V has given us a version of the game we’ve deserved since it launched.

On top of additional characters from series past, Capcom’s premier fighter delivered a bigger Story Mode and other requested features. There’s certainly more to come and fans got evidence of that fact during the Red Bull Battle Grounds Capcom Pro Tour North America Regional Finals. The most bloodthirsty and brutal Shoto combatant of all is ready to return to the world of Street Fighter: Akuma! His teaser trailer (which can be viewed above) shows off his new dueling grounds and a brief look at his trademark kanji sign.

While no official release date for Akuma was given and no extra gameplay footage was delivered, we got some details on when fans can try him out. During the PlayStation Experience (December 3rd to the 4th in Anaheim, California), everyone will get a chance to demo him. Akuma’s pulling double duty since he’ll take on everyone in Street Fighter V and 2017’s Tekken 7.

By the way, we’re also getting a new stage: “Skies of Honor.” This Rashid themed location will arrive tomorrow (November 8, 2016). Owners of SFV will have to pony up 70,000 Fight Money or $3.99 actual currency to go airborne on Rashid’s plane for battle. 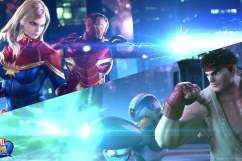 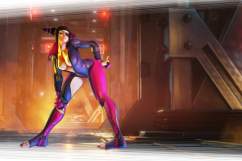