Horror games may appear to be nothing but blood, guts, and screaming YouTubers, but there are plenty of horror games that can be enjoyed by people of all ages. Read on to find out some of the best family-friendly horror games kids can play if they dare.

I Spy Spooky Mansion is a great point-and-click game that challenges children to be spatially aware and pay attention to details. The horror elements are also more entertaining and silly than spooky. It’s a classic on the PC, but if you don’t want to track down a copy of the old game then you can get it on mobile devices and even the Nintendo Wii. Get the classic children of all ages can enjoy.

Sure, it’s a little overdone, but Five Nights at Freddy’s is still a classic. The gameplay of keeping away cute but terrifying animatronic monsters is thrilling throughout. While the act of tracking monsters through security cameras and shutting down doors may be too cryptic for younger children, it’s offset by the simple control scheme and premise. It’s also not too scary. The worst in the game itself is a simple jumpscare with the more gorey details relegated to the game’s lore and story offscreen. The ability to easily download on mobile devices makes it a must have for older kids with an appreciation for the macabre.

Mmmonster is an adorable mobile game in which you play as a monster trying to gobble up kids without getting caught. The stealth gameplay is very compelling as you lure kids with candy and dodge the flashlights of guards. It’s also free to play, but does come with microtransactions for unlockable costumes and the ability to remove ads. It’s a puzzling and charming little game that’s perfect for the holiday as well as children of all ages.

Another mobile strategy game, Dead Eyes has you going around environments while avoiding zombies. Every time you move onto a tile, the zombies move as well. So you have to move in certain ways in order to sneak past the zombies, even going so far as to intentionally get their attention so you can just make it to the exit. What really catches your attention is the thick and gloomy atmosphere, which can suddenly get intense when you’re near zombies. Older kids should have no problem with it, however, since the pixel graphics and lack of gore makes it approachable.

The Goosebumps series of books have been delighting children throughout the ages, and this game is no different. The 3D, first-person perspective makes it different from your dad’s point-and-click adventure games. As you quest to save R.L. Stine, voiced by Jack Black, you come across iconic Goosebumps monsters like Slappy the Dummy and evil gnomes. It’s also available for the Oculus Rift virtual reality headset, a device that’s perfect for horror as it puts you right in the middle of the action. It’s nothing too scary, but the VR might be too much for younger children. Check this out, especially if you’re a fan of Goosebumps already.

Sequel to Luigi’s Mansion on the GameCube, Luigi’s Mansion: Dark Moon for the 3DS takes the ghost-busting gameplay of the original and adds some improvements. Not only are there more mansions but combat is also a bit more involved as you have to stun ghosts with a strobe light before sucking them up like reeling in a fish. There’s something for children of all ages to enjoy.

The tower defense game series Plants vs. Zombies has swept the mobile games market, and with good reason. The gameplay of placing plant-based, eco-friendly turrets in just the right position to defend against waves of zombies has captured the imaginations of people of all ages. It’s also free to play, which is great if you don’t mind the allure of microtransactions. It’s not really a horror game per se, but it is a lot of fun.

No game screams “Halloween” quite like Halloween Forever. You play as a jack o’ lantern in dungarees vomiting candy corn to attack other Halloween horrors and get through levels with old-school platforming. The gameplay is fun without being masochistic like other retro indie platformers. The art style is also very strong and takes advantage of the pixel aesthetic, differentiating itself from other retro games. It’s a game so polished and memorable that it can be enjoyed no matter your age or what time of year you play it.

For some obscure/underrated horror games that are definitely not family-friendly, click the link below. 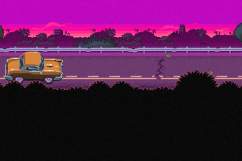 8 Great Horror Games You May Have Missed