For everyone out there who want Fortnite to bring back more prominent map changes, this latest update will be what you’re looking for.

The v17.10 patch introduced a variety of changes to the map, with a notable one being that a big event is now going on at Believer Beach. Of course, that is the new name of the POI since the Season 7 update.

Thanks to a fresh leak, we know that there will be another longtime POI changing its name some time in the coming days. Remember, leaks aren’t always set in stone, but this one comes from FireMonkey, someone who is known to be quite reliable.

Here’s what we know about the potential transformation of Holly Hedges.

Holly Hedges will be changed to Holly Hatchery later this update and will be crawling with the new Alien Parasites that latch to your head, giving you increased mobility while taking some of your health.

It’s no secret that the whole left side of the map has remained largely untouched for several seasons now. Places like Holly Hedges, Coral Castle, Slurpy Swamp and Sweaty Sands have been around for a long time with little to no changes being made to them.

According to FireMonkey, Holly Hodges will get a rename like Believer Beach and become Holly Hatchery. It’s not just simply a rename either, but instead it’ll be filled with the new Alien Parasites.

For those out of the loop, these new Parasites came with the latest update and they are an interesting addition the the game. They have the ability to latch onto your head and drain your health down to 60, but you’ll have increased movement speed and even have headshot protection.

It’s a cool mechanic to see added to the game because it does require a bit of strategy. Being shot, damaged by fire or getting in the water will remove the parasite from your head, so it won’t be stuck on you forever.

At the end of the day, it’ll come down to you if you want to let this alien latch onto you, but we’ll still have some time to wait before they appear at Holly Hedges. 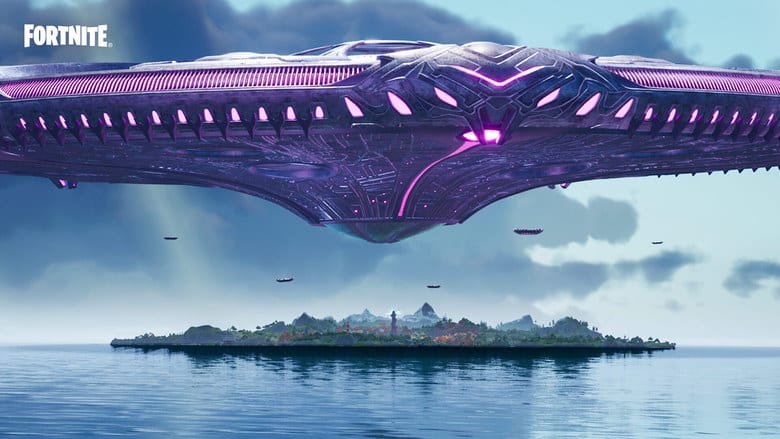 FireMonkey says this change will happen during this update, which would seemingly indicate it’ll happen in the coming days.

Updates tend to be two weeks apart from each other these days, but there is a chance that things could change. What time means is we should be seeing the name change happen soon and, there might even be a lead up to it.

Something cool to see would be a bunch of eggs showing up in the area before having them hatch into the aliens. It’s looking like there is a lot more going on with the plot in Season 7 than there has been in the past couple seasons of Fortnite.

It’s an exciting time to be a player in Fortnite and if you’re someone who has become entrenched in the lore surrounding the game, it’s looking like the mothership hovering over the island isn’t done with us yet.

We’re still a few weeks into Season 7, so there’s a long way for us to go until we finally see what’s going on.

READ NEXT: How to Get June Fish Spray & Bonfire Emoji Free in Fortnite

Loading more stories
wpDiscuz
0
0
Would love your thoughts, please comment.x
()
x
| Reply
Holly Hedges might not be around for much longer in Fortnite.