One of the big parts of Fortnite Chapter 2 has been the Shadow vs. Ghost rivalry that required players to pick sides.

This was something that would actually determine which styles you’d unlock for characters such as Brutus and TNTina, so it was a cool way to feel like you factor into the plot of Fortnite.

For the past several seasons, the two factions haven’t really played into the story at all, but that could be changing in the very near future.

The arrival of the mothership over the Fortnite island has introduced a bunch of new elements into the game. For players looking for a trip down memory lane, the UFO has proved to be a valuable resource that gives players a glimpse into Fortnite’s past.

This also applied to the Ghost and Shadow henchmen, but now it’s looking like they could tie in somehow.

Ghost and Shadow Are Back

The Ghost and Shadow Henchmen have now left the Mothership and are officially back on the island!

They are located in the small wooden house South of Misty Meadows #FortniteSeason7 pic.twitter.com/JjfR7FK5tc

Even though we’re now in Season 7, the Ghost and Shadow henchmen just don’t seem to go away. Following a tiny update on June 29, you can now find these henchmen inside of a house to the south of Misty Meadows.

For the time being, they don’t really do a whole lot except roam around and it’s still unclear if they’ll factor into the plot at all.

What this does tell us is that places and things on the mothership do have the ability to come down to the island and see what’s going on.

This could mean that some of the buildings that are floating around in the mothership could come down and take a foothold on the map. There are many theories surrounding some of the current POIs in Fortnite, so if Epic does want to take things from the ship and put them on the island, there are some ideas on where that could happen.

Some Locations Are in Danger 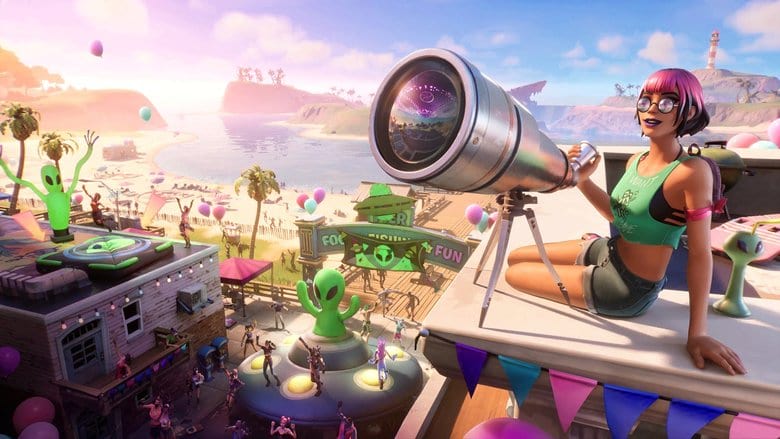 A spot that has been rumored to be destroyed for a while now is Coral Castle. There was a prevailing thought that the mothership would destroy this area and replace it with something new entirely.

With the mothership seemingly moving in the wrong direction, fans began to lose hope but now that it’s sort of making its way back up the map, the spark is alive again.

Whether this means the return of a Ghost or Shadow henchmen location remains to be seen, but it does seem like Epic will be replacing this deserted POI with something else at some point.

It’s long overdue if you ask us because Coral Castle isn’t really the best location on the map and you won’t find many players landing there ever. A big reason for this is because it’s seemingly in the middle of nowhere and there’s not really a great rotation spot from there.

That’s not saying you can’t make it work because we know players definitely do make it happen. The reality is we’re ready for new POIs because it feels like the map hasn’t really seen major changes in quite a while.