While cosmetics are largely not a factor when it comes to winning or losing a Fortnite game, there are some emotes that undoubtedly give a competitive advantage over your opponents.

Of course, some of them just come in the form of blending into your environment, which was the case with the superhero skins from last season.

Now, we have Iron Man’s “Suit Up” and Neymar’s “Shhh.” emotes becoming an issue in the game. It has nothing to do with the emotes themselves, but instead with what’s able to happen as a result of them.

Epic Games stepped in and disabled the two emotes in all of the Competitive playlists. Here’s a look into why that decision was made.

Why Were These Emotes Disabled?

two emotes have been nuked from comp pic.twitter.com/hJ34gZpKm6

According to Fortnite leaker Lucas7yoshi, the two emotes were only disabled in Competitive playlists, so there must have been a specific issue with them in those modes only.

In the replies to his tweet, many players say that these two emotes can somehow be used to make your character turn invisible. If that’s indeed the case, then it was a very easy decision for Epic to make because that would obviously be a big issue.

Bugs like this are nothing new in Fortnite as you might remember the start of Season 5 had a glitch with the Zero Point that would let players rack up incredibly easy wins.

For now, the fix is to just disabled the two emotes as the developers try to figure out what’s going on behind the scenes.

Curiously, these two emotes are not listed on the Trello board as of yet, so we can’t really keep track of the timetable it’ll take for this fix to be made. It might not even need an actual update to do it, so they might disappear and come back without any fanfare.

When’s The Next Update? 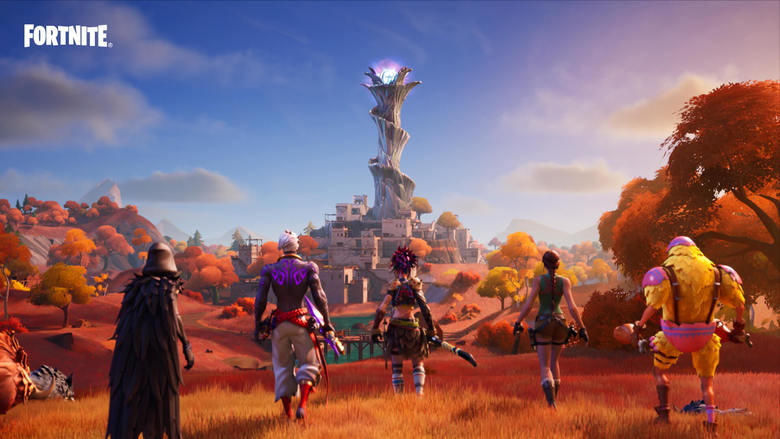 If this fix does need to come in the form of an update like v16.40, then it might be helpful to know what that could arrive.

We just got an update earlier this week, and Epic hasn’t typically give us weekly updates as of late, so we should be able to confidently write off next week as an update week.

This would mean that the earliest one could arrive would be May 13, but it’s hard to imagine a bug like this being in the game for that long. Right now, it’s hard to pinpoint an exact time for a new update and there will likely be a bunch of new things in the game before one even arrives.

On top of the new Crew pack being made available, it’s expected that there will be another Star Wars event because one of the blaster rifles was found in the files following the recent update.

Things are shaping up for an explosive start to May in Fortnite, and that’s not even including the new Batman cosmetics that are coming either. We’ll just have to hope there aren’t any major bugs to derail the excitement.

Loading more stories
Two emotes have been disabled in Fortnite following a glitch.