Police report that Mia Henderson, formerly Kevin Long, was murdered in an area of northeast Baltimore that is known as a “hot spot for prostitution.”

Henderson’s death marks the second murder of a transgender woman in Baltimore this summer. No suspects have been identified.

1. There Were 3 Murders That Night in Baltimore

Henderson, 26, was found dead around 6 a.m. Wednesday in an alley off Garrison Boulevard, which is a known area for prostitution. Neighbors and citizens who live nearby say it is a hotspot for “drug users, prostitutes, and johns attempting to buy sex with small amounts of cash or drugs.” reports the Baltimore Sun.

A street view of the corner of Piedmont Ave and Garrison Blvd, near where Henderson was found. (Google Maps)

A neighbor says she saw Henderson walk into the alley with an unnamed suspect around 5 a.m. Wednesday, about one hour before Henderson was found. The neighbor says she “saw a light-skinned black man in a white T-shirt, white baseball cap and blue jeans looking around nervously,” according to the Baltimore Sun. The woman also said she had seen Henderson before, as she had stood on that street corner many times in the early morning hours over the last few months.

Henderson was one of three people killed in Baltimore in a span of 12 hours. Jamal Ross, 32, was murdered near Coppin State University on 5 p.m. on Tuesday, and Darnell Mitchell, 28, was shot in South Baltimore around 4 a.m. Wednesday.

On Tuesday, Henderson posted the above picture on Facebook. Five people commented on the post, and Henderson responded to two of these comments. Her last known Facebook activity can be seen below. It was posted Tuesday, July 15, at 7:55 pm.

3. She Had Been Arrested Twice for Alleged Prostitution

The Baltimore Sun reports that Henderson had been arrested twice in the past for alleged prostitution.

In February 2013, she was charged with prostitution, and records report she resisted “arrest and second-degree assault”. She was sentenced to two years in prison after being convicted on the assault charge, but most of the sentence was suspended.

4. The Case May Be Tied to Other Transgender Murders in Baltimore

This murder marks the second unsolved transgender homicide in Baltimore within the past six weeks.

On June 3, a transgender woman who went by the name Kandy, previously known as Ricky Carlos Hall, was found dead in a field near Coldstream Park Elementary School in Baltimore. According to the Huffington Post, police have been investigating whether the homicide was a hate crime.

Baltimore’s transgender community is concerned with the incidents that have occurred in the area recently, according to WBAL. Monico Yorkman, a leader in the city’s LGBT community, spoke out about the event:

I’m sure our community is being targeted, that’s not even new.

In Wednesday’s news conference, police said they do not yet know if the two transgender murder cases are connected. Lt. Col David Reitz said:

We are going back several years to look at other cases that may have similarities to this case, including the one that happened about a month ago.

All I can say is my brother showed me how to live your “OWN LIFE” love you soo much man. Gone but not forgotten #RIPKEVIN

Atleast I sent the last LOVE YOU to my brother

Many have voiced frustration with Bullock for referring to Henderson as his brother, and not his sister, in tweets. The above screenshot is taken from comments on a Huffington Post article. While some comments argue that Bullock couldn’t “respect her identity,” others believe Bullock “should not be judged” for his comments, as we are not “aware of what kind of relationship” they had. 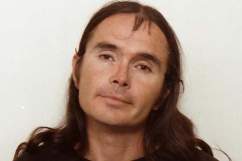 Transgender Woman Blames Murders on Man She Used to Be: 5 Fast Facts You Need to Know