A Louisana stripper is facing life in prison after she was indicted on charges of performing oral sex on a 3-year-old boy. The dancer, Angeline Lodice, 26, was also caught on video having sex with a dog. She was first arrested in October 2014 and indicted in February.

Here’s what you need to know about this bizarre, sick, situation:

1. Lodice Is Charged With the Aggravated Rape of 3-Year-Old Boy

2. Lodice Says She Was Drugged & Doesn’t Remember Doing it

She was first arrested back in October 2014 when the father of the boy she’s accused of raping saw videos and photos of the incident, reports NOLA.com. Lodice admitted to police that it was her in the video but that she didn’t know the boy because she had been drugged. The alleged assault took place between November 2012 and October 2014. In another video that was discovered by police, Lodice is shown to be having sex with a dog.

3. She’s Been Dancing Since She Was 2 Years Old

According to her profile at Explore Talent, Lodice lives in New Orleans. She says she has acted in “a few films” and appeared as the main character in an independent movie called Ashes of the Phoenix. Lodice says that she’s been dancing since she was 2 years old and she’s competed in team dance competitions. Her specialty is exotic dancing, in that section Lodice says she can “follow choreography well. I can pick up dances easily.”

4. She Worked at a Very Poorly Reviewed Strip Joint in New Orleans

Lodice worked at Lipstixx Gentleman’s Club on New Orleans famed Bourbon Street. The club has shockingly bad reviews on Yelp, in February 2013, one reviewer wrote, “Ew! Just Don’t!” Another said that she felt there was a chance of contracting an STD in the place. On its Facebook page, the club describes itself as “one of the finest gentlemen’s clubs on bourbon st. BEAUTIFUL WOMEN, fun times, good drinks and music come and play with our fine women you won’t regret it ;).”

5. If Convicted, Lodice Could Face Life With No Chance of Parole

Lodice is being held on a $800,000 bond at Jefferson jail. If she’s convicted, Lodice will face life in prison with no chance of parole. If her defense of insanity is accepted by the court, Lodice will be sent to a mental hospital for an indefinite amount of time and monitored by the court. 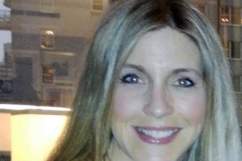 Read More
5 Fast Facts, Breaking News, Sicko, Weird News
wpDiscuz
0
0
Would love your thoughts, please comment.x
()
x
| Reply
Angeline Lodice is the Louisiana stripper who is accused of raping a 3-year-old boy. She also allegedly had sex with a dog on camera.