A teen who was not given any prison time after killing four people in a 2013 drunken-driving crash has been taken into custody by authorities in Puerto Vallarta, Mexico, where he was hiding with his mother to avoid prosecution for violating his probation, officials say.

Ethan Couch, 18, became known as the “Affluenza teen” after his attorneys kept him out of prison by arguing he suffered from a condition that meant he couldn’t properly judge the consequences of his actions because of the freedom given to him by his wealthy parents.

He was caught along with his mother, Tonya Couch, on Monday. The mother and son had a “going away party” in Texas before driving across the border, officials say.

Ethan Couch was wanted by authorities after a video surfaced apparently showing him drinking, which would be a violation of his 10-year probation. He disappeared along with his mother after he missed a meeting with probation officials in early December 2015.

He was 16 when he killed four people and injured two others in the June 2013 crash. Six months later he was sentenced to probation after his attorneys used the “affluenza” defense.

A spokesman for the U.S. Marshals said Ethan Couch dyed his hair and beard black in an effort to change his appearance that “didn’t really work.”

AT 10: the latest on search for #Affluenza Ethan Couch– plus hear again from Couch in deposition tapes #WFAA pic.twitter.com/MW9E6ozWFz

Older photos, including a wanted poster, show Ethan Couch with blond hair. It’s not yet known if his mother also tried to alter the way she looked.

Mexican police arrested the mother and son on Monday in the resort town of Puerto Vallarta, where they were staying in a hotel, the Jalisco State prosecutor’s office told the New York Times. They were arrested just three blocks from the beach, according to the Times. 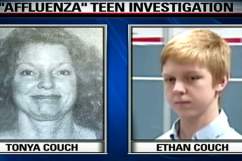 .@SheriffAnderson says Ethan & Tonya Couch planned to disappear & even had a kind of going away party before leaving pic.twitter.com/ktxlfEngxv

Officials say Ethan and Tonya Couch had a “going away party” in early December before fleeing to Mexico. That, along with his dyed hair, show that they planned to disappear, authorities say.

If you remember, US Marshalls were looking for Tonya Couch's Ford F-150, too. @CBSDFW pic.twitter.com/Buod3ix3DT

Police say they drove their pickup truck to the Texas border.

The U.S. Marhsals Service told the New York Times that the American Consulate in Guadalajara was notified by Mexician officials that Ethan Couch and his mother might be in Puerto Vallarta.

The teen’s attorneys, Scott Brown and Wm. Reagan Wynn said in a statement, “At this point, we have not had the opportunity to speak with our client and we do not anticipate being able to do so unless and until he arrives in the United States. Until we have more information concerning this situation, it would not be prudent for us to make any further public statement.” 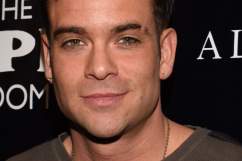 3. Mexican Authorities Are Treating Them as ‘Undesirables’ & Will Likely Deport Them

The U.S. Marshals Office says that Mexican authorities are treating Ethan and Tonya Couch as “undesirables.”

“We’re working to get him back up here,” the spokesman, David Oney, told the New York Times. “but we don’t know when.”

4. The Prosecutor Says He Plans to Move Ethan Couch’s Case to Adult Court

The Tarrant County District Attorney Sharen Wilson said at a press conference that she hopes to move Ethan Couch’s case to adult court so he can face as harsh a sentence as possible. He will initially be taken to a juvenile facility, officials said.

According to the prosecutor, Ethan Couch could face up to 120 days in juvenile facility for fleeing and up to 40 years if he violates probation.

Couch then missed a meeting with his probation officer, and was not seen again until his arrest Monday.

5. Tonya Couch Will Face Charges for Helping Her Son Flee the Country

Tonya Couch to be arrested for hindering in apprehension. Ethan will go to Juvi detention. @CBSDFW pic.twitter.com/xARHtBmhfp

An arrest warrant has been issued for Tonya Couch, authorities say, and she will be charged with hindering apprehension. 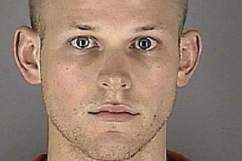