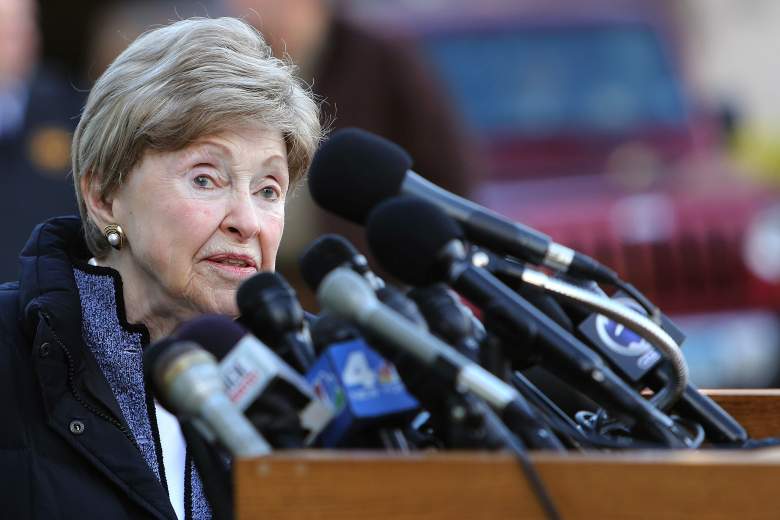 Dorthy Moxley was waiting for her daughter, Martha, to return home on the evening of October 30, 1975. When the 15-year-old never showed up, Dorthy called the Police, and a search for Martha began. The following day, a neighbor found her body under a pine tree in the Moxley’s backyard. She had been bludgeoned to death by a golf club. The case initially named no culprits, but in 2002, Michael Skakel was convicted of the murder, and sentenced to 20 years to life in prison. In 2013, he was released on $1.2 million bail. Because Michael’s aunt was Ethel Skakel Kennedy, the widow of Senator Robert F. Kennedy, the case has attracted worldwide attention over the years. But what has Dorthy’s role in all of this? What does she think happened, and what is her view on Michael Skakel’s role in that night’s events? 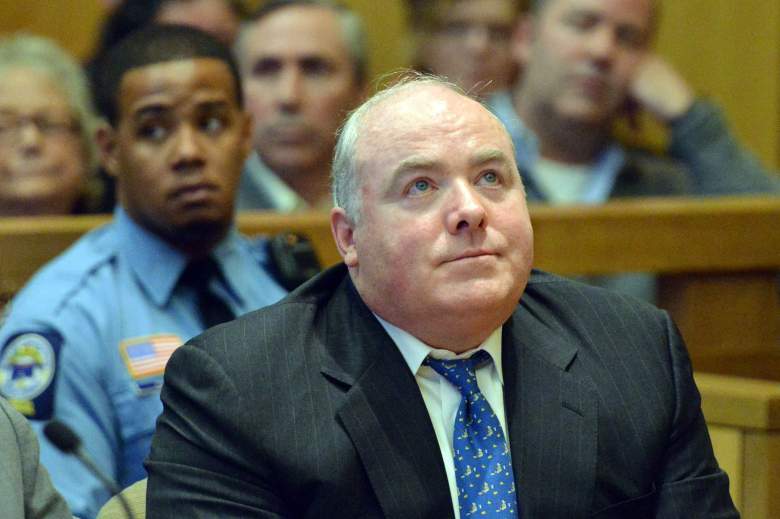 Michael Skakel reacts to being granted bail during his hearing at Stamford Superior Court November 21, 2013 in Stamford, Connecticut. (Getty)

Just last month, Robert F. Kennedy Jr. came out with a book, titled “Framed: Why Michael Skakel Spent Over a Decade in Prison For a Murder He Didn’t Commit”, which offers a defense of his cousin. In the book, Kennedy also contends that two men who were never on any suspects list are the ones who are really behind the murder.

In an exclusive interview with The New York Post, Dorthy Moxley, who is now 84, discussed her anger over the book’s release and her frustration with Robert Kennedy’s contributions to the case. She told the news outlet, “It makes me angry. It doesn’t bring any sunshine into my life.”

The publisher has described the book as, “a page-turning, true story of murder, romance, and fame . . . that the public has never been privy to . . . and what may have happened the night of the crime.” Dorthy, however, still firmly believes that Michael Skakel is her daughter’s killer. “I just don’t care for Robert Kennedy Jr., and I don’t particularly care for anyone in the Kennedy family because of my daughter’s death, and the fact that I’m convinced Michael Skakel was the one who swung the golf club that took Martha’s life.”

Representatives at Skyhorse Publishing have refused to say how much of an advance was paid to Kennedy for the book, and whether or not Michael Skakel would make money from its release.

2. She’s Only Spoken to Michael Skakel Once

The only conversation that Dorthy ever had with Michael Skakel was in the early morning hours of October 31, 1975, when she was trying to locate her daughter. The Moxley’s and the Skakel’s were neighbors in the exclusive community of Belle Haven, Greenwich, and after friends told Dorthy that her daughter was seen at the Skakel household around 9 pm the night of the murder, she went over to ask the boys if they knew anything about Martha’s whereabouts.

During the trial in which Michael was found guilty, Dorthy told the Greenwich Times, “I remember sitting there during the trial, hearing all that was said about them, about the Skakels. And I remember thinking, how humiliating this had to be for those six brothers — five brothers — and one sister. It wasn’t their fault their father was irresponsible. It wasn’t their fault they didn’t have the guidance when they needed it. They were victims as much as the rest of us.”

Martha said that when she returned to Fairfield County to observe Skakel’s trial, the support she received from the Greenwich Community was overwhelming. She was even sent free food from other people when she went out to eat at restaurants. “People stopped on the street to hug her. In Greenwich, a man stopped her once to kiss her.”

3. She Does Her Best Not to Dwell on the Murder 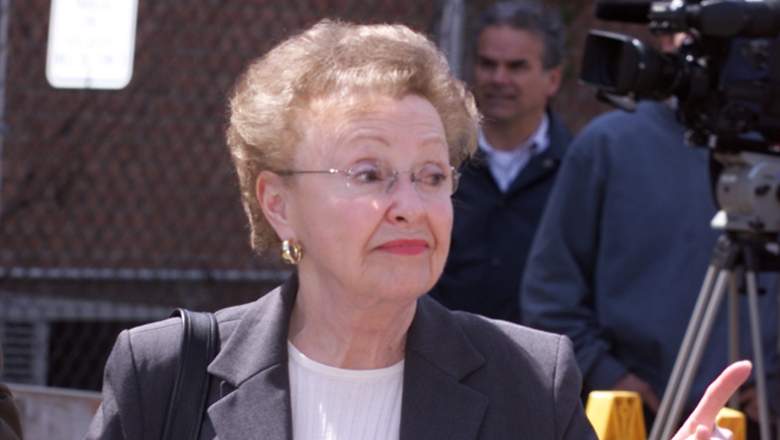 Dorothy Moxley outside the Stamford, Connecticut courthouse, April 18, 2001, where Michael Skakel faced charges in the murder of her daughter. (Getty)

After her daughter’s death, Dorthy and her husband, David, sold their Greenwich mansion and moved to New York City. In 1986, they moved again to Annapolis, Maryland.

The New York Post writes, “Martha’s mother tries not to dwell on the horror of the crime.” She told the news outlet, “I think that’s negative activity and just does nothing but makes you depressed.”

August 16 marks Martha’s birthday– a day that Dorthy just tries to get by on. “I don’t do anything special. I usually don’t go anyplace. I just handle it all by myself. I have lots of memories, pictures and portraits of Martha.” 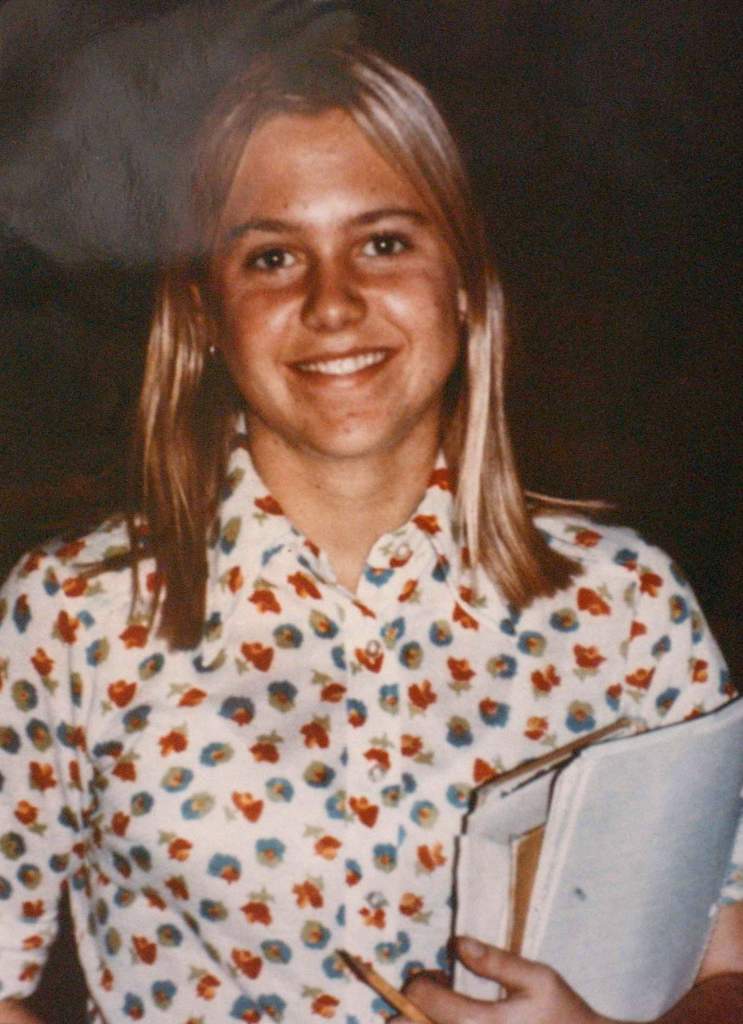 In 1988, two years after Dorthy and David Moxley moved to Annapolis, David died of heart failure. David Moxley was 57-years-old when his daughter was brutally murdered. At the time, he was a partner at an accounting firm, Touche, Roos & Co., in New York City.

Rounding out the family was Martha’s older brother, John, who was just 17-years-old when his sister was killed. While discussing her daughter with the Greenwich Times, Dorthy said, “Even though Martha only lived to be 15, she had a wonderful, happy 15 years, which is something some people never have. My husband… was very accomplished, he did many of the things he wanted to do. He had a good life, too.”

5. She Says She’s One of the Most Overrated People in the Nation 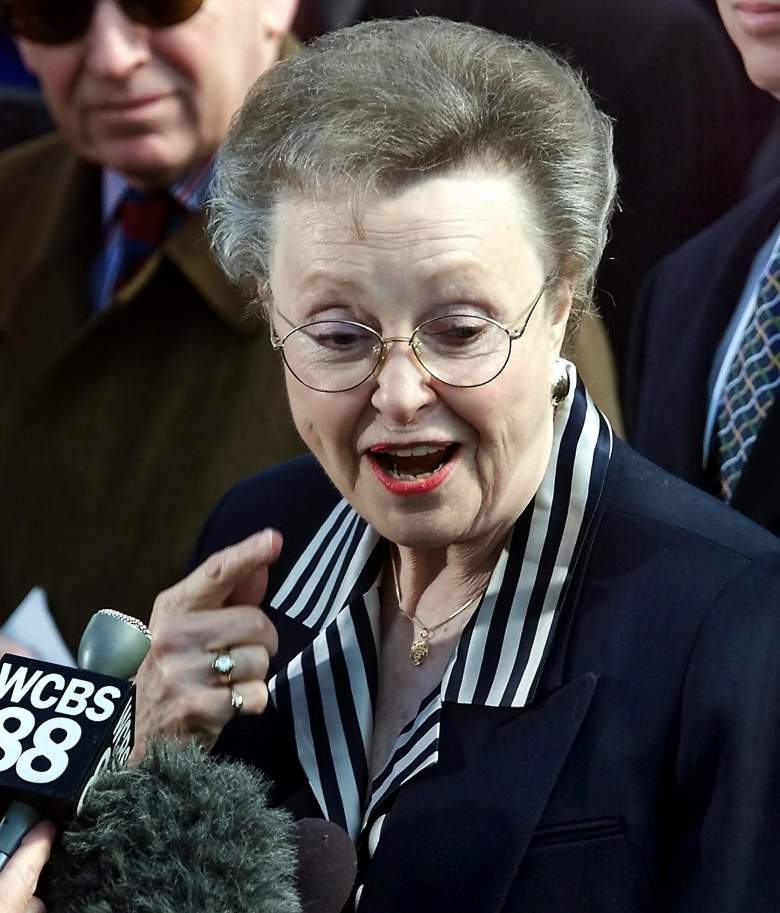 Dorothy Moxley speaks to the media following the arraignment of Michael Skakel on March 14, 2000. (Getty)

Dorthy spent years crusading to avenge her daughter’s death. She has appeared on Larry King Live, Dateline NBC, and Newsweek. The Greenwich Times writes, “Newspapers big and small, nightly newscasts, morning television talk shows. The media can’t get enough of her. In the process, for her dignified demeanor during the trial and her kind words for the Skakel family afterward, she’s become something of a national class act.” But Dorthy has made it clear that she doesn’t care for the title or the attention– she just wants justice for her daughter.

I’ve become the most overrated person in the nation. I did nothing. All I did was, when (investigators or journalists) would come to me, I’d say ‘OK, you want to do that? That’s fine.’ All I did was sit back and reap the rewards.

The trial in which Michael Skakel was found guilty lasted 16 days, and Dorthy sat in the courtroom on all but two occasions (when crime-scene photos were shown).

Loading more stories
wpDiscuz
3
0
Would love your thoughts, please comment.x
()
x
| Reply
Tonight, Dateline will investigate the murder of Martha Moxley. Learn about her mother, Dorthy, who has spent years seeking justice for her daughter, here.