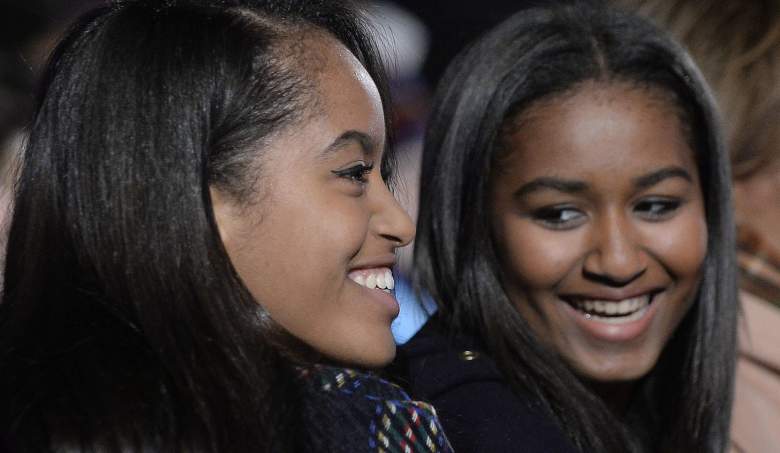 Malia and Sasha Obama, the daughters of the commander in chief, have grown up at 1600 Pennsylvania Avenue. Although the President and First Lady kept their daughters out of the public eye as much as possible in their younger years, they’ve recently been in the spotlight more often. Malia and Sasha attended their first state dinner in March, and recently joined their mother, Michelle Obama, on a three-nation tour to promote education.

Here’s what you need to know about Malia and Sasha, and their plans following their father’s presidency:

1. Malia Will Attend Harvard University in 2017 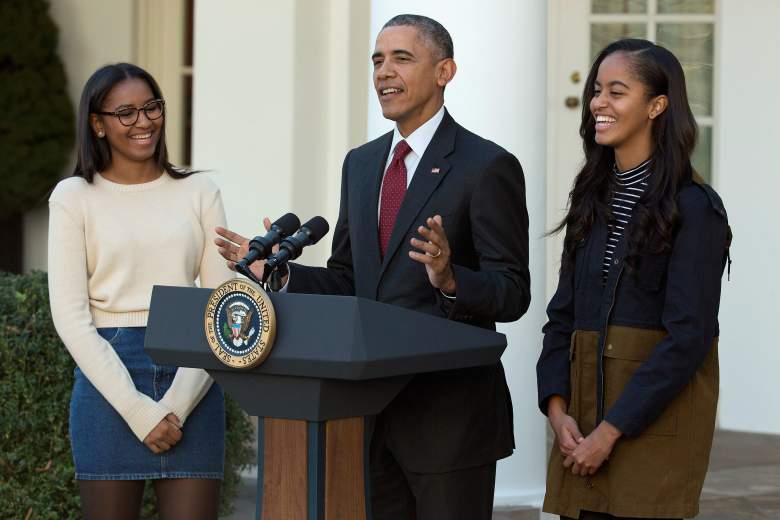 President Barack Obama delivers remarks with his daughters Sasha (L) and Malia during the annual turkey pardoning ceremony in the Rose Garden at the White House November 25, 2015. (Getty)

President Barack Obama’s oldest daughter Malia will attend Harvard University in 2017, the White House announced in May. The 18-year-old, who recently graduated from high school, will take a “gap year” before attending the university.

“Gap years” are more common in Europe, but are often used to travel the world or do humanitarian work.

President Obama spoke of her decision in an interview with WKRC-TV, a CBS affiliate in Cincinnati, Ohio.

“This is my first one leaving and my daughters are wonderful, and one of the great pleasures of being in the White House is because I live above the store, I’ve been able to spend every night that I’m in town with them.

“I’m going to miss her terribly,” he told WKRC. “But she is well-prepared, she is going to do great things–and as Michelle reminds us, our job is to make sure they don’t need us anymore.”

In choosing Harvard, Malia is following in her parents’ footsteps– both of whom earned Harvard Law degrees.

2. Malia Has an Interest in Filmmaking 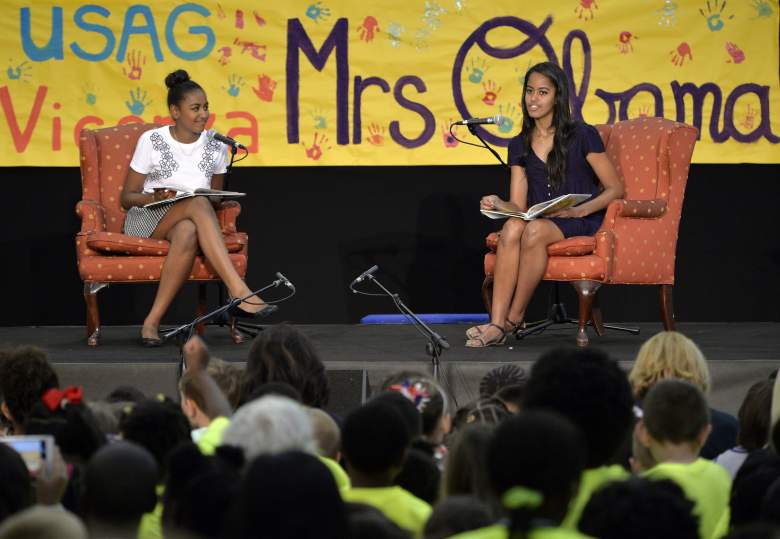 Sasha (L) and Malia Obama read to children at the United States and Nato military base in Vicenza on June 19, 2015. (Getty)

The first lady has said Malia wants to be a filmmaker. Last summer, she interned on the set of HBO’s “Girls,” and in 2014, served as a production assistant on a now-canceled CBS TV sci-fi drama that starred Halle Berry, according to The Washington Times. She’s also had several internships at the Smithsonian’s National Zoo. 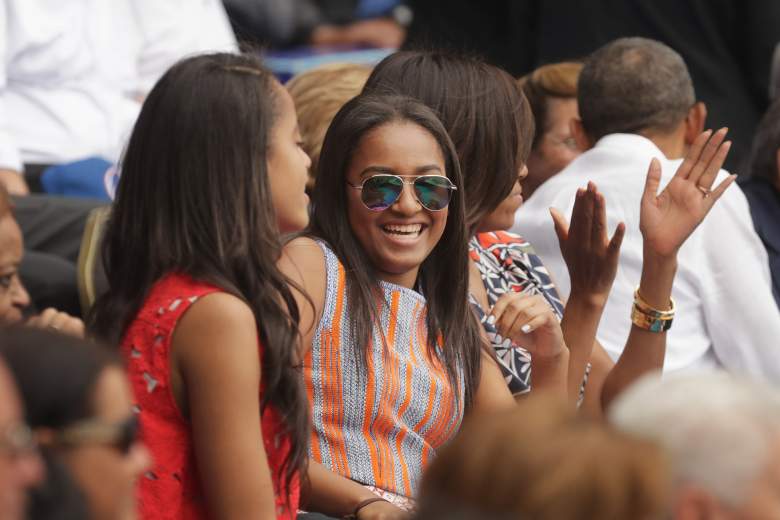 Sasha, 15, attends the Sidwell Friends, the same prestigious private school her sister Malia graduated from as well as another first daughter, Chelsea Clinton.

The Obamas have said they will continue to live in Washington after the president leaves office in January, so that Sasha can finish high school there.

Hillary Clinton mentioned both Obama daughters in her campaign event with President Obama in July. She pointed out the challenges of raising children in “the fishbowl of the White House.” She called Sasha a “wonderful young woman.”

President Obama has often noted his daughters’ growth from little girls to young women throughout his time in office.

“They’re just growing up so fast, and they’ve got a busy life of their own,” Obama told People magazine in 2013. “You can project out over the next several years how, between school, sports, social life, their community service, they’re not around as much. So that gets me teary sometimes.”

4. Sasha & Malia Were Among the Youngest Presidential Children at the White House 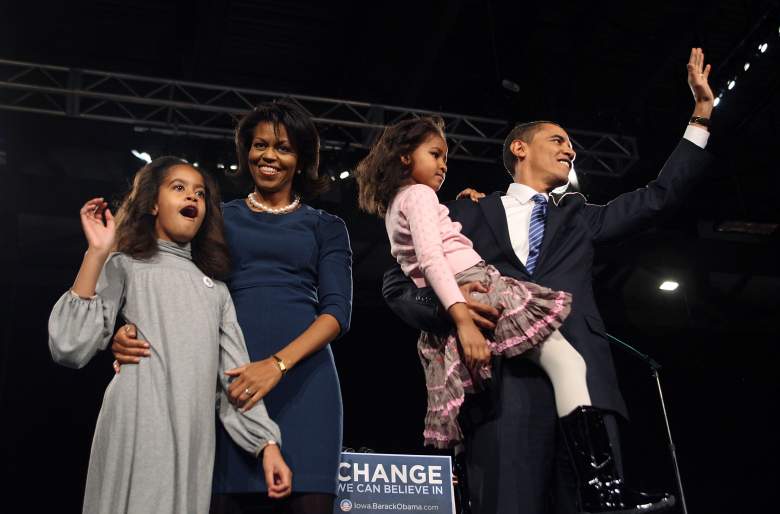 Barack Obama (D-IL) (R) his wife Michelle, and daughters Malia (L) and Sasha during his 2008 campaign for presidency. (Getty)

Sasha and Malia Obama moved into the White House in 2009 when they were just 7 and 10, respectively. Sasha was the youngest child to live in the White House since John F. Kennedy Jr. when he was an infant in 1961.

The President and First Lady have previously said they try to keep their daughters’ lives private and their use of social media to a minimum.

“I still am not a big believer in Facebook for young people … particularly for them, because they’re in the public eye,” Michelle Obama said during a 2013 interview with Barbara Walters. “Some of it’s stuff they don’t need to see and be a part of … So we try to protect them from too much of the public voice.”

“You know, we think about not just her life here, but her life after. Because she’s gotta be an independent, strong, smart, capable woman in the world. So she has to get her training now.”

“She can’t wait until this light has dimmed to start becoming a person,” she said during the interview.

5. They Joined Their Mom to Promote ‘Let Girls Learn’ 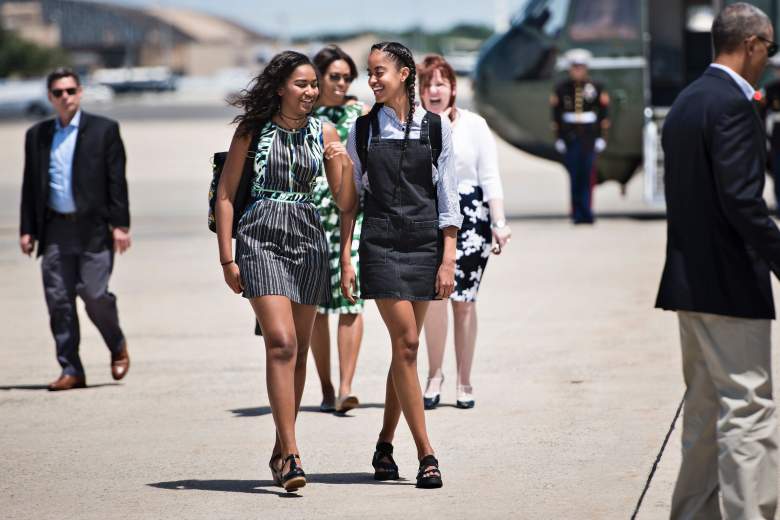 Michelle Obama set out on a three-nation tour to promote ‘Let Girls Learn’ in late June with Sasha and Malia, and her mother, Marian Robinson. They visited Liberia, Morocco, and Spain to meet with foreign leaders and discuss girls’ access to education.

In Liberia, Mrs. Obama held a discussion with adolescent girls ‘who have faced serious obstacles in attaining an education,’ according to a White House statement.

Sasha and Malia also attended their first state dinner at the White House in March. While there, they even met Ryan Reynolds. A picture of Sasha meeting the Deadpool star as Malia gave her two thumbs up went viral.

Michelle Obama told ET that it was the right time to “invite” their daughters to a state dinner:

We generally don’t include the girls. We tried to normalize their lives as much as possible,” she said. “A lot of this stuff we do, they’re like regular kids — they’re running in the opposite direction of what we do. They are not here now, they are running. They’re trying to hang with their friends.

But I realized that they hadn’t been to a State Dinner,” FLOTUS added. “I thought, when I look back on this time, when they are talking to their kids and they are like, ‘Mom, did you ever go to a State Dinner?’ and they say no, I would feel pretty bad about that. So, we thought, ‘We’re going to invite them to one.’ And they got to do the big girl dress-up thing.

Loading more stories
wpDiscuz
16
0
Would love your thoughts, please comment.x
()
x
| Reply
Malia and Sasha Obama, the daughters of President Barack Obama and Michelle Obama, have grown up in the White House. Here's more about their plans following their father's time in office.