A North Carolina state trooper shot and killed a Deaf man after a chase following an attempted traffic stop.

The deceased man, who was unarmed, was identified as Daniel Kevin Harris and the trooper as Jermaine Saunders, says ABC News.

Although some media accounts refer to Harris as hearing and speech impaired, the coordinator for the Gallaudet University Regional Interpreter Education Center (GURIEC) tells Heavy the term “Deaf” is preferred, with capitalization.

The shooting occurred after a chase in Charlotte, North Carolina.

A neighbor says Harris might have been trying to communicate with the officer in sign language, but this is not proven. The shooting is under investigation by North Carolina authorities.

1. A Neighbor Says Harris Might Have Been Trying to Use Sign Language When the Trooper Shot Him

A neighbor told WCNC that Harris’ car “spun out of control” and he “was shot almost immediately after exiting the vehicle.”

“They say Harris was likely trying to communicate with the trooper using sign language before he was killed,” said WCNC of neighbors.

Another neighbor provided a similar account to a different North Carolina television station. Some also questioned whether Harris could hear the officer’s sirens.

“Maybe that’s the reason he got shot because I heard the cop asked him to stop and he didn’t because apparently he couldn’t hear,” a neighbor told WCCB. However, the shooting is still under investigation.

A You Caring site started in Harris’ memory says, “Our family is raising funds to cover his memorial and cremation expenses…Any monies left over will be used to set up a foundation in his name to educate and provide law enforcement proper training on how to confront Deaf people. Subsequently, we hope to change the DMV registration system by requiring states to set up a ‘DEAF’ alert to appear when law enforcement look up a car’s license plate. With this change, Daniel will be a hero in our Deaf community.”

2. The Trooper Tried to Pulled Harris Over For a Speeding Violation & an ‘Altercation Ensued,’ Authorities Say

The shooting unfolded at 6:15 p.m. on August 18 when the trooper attempted to stop Harris for speeding, ABC says.

The Charlotte Observer said a State Highway Patrol statement claims: “While on Seven Oaks Drive, the driver exited his vehicle and an encounter took place between the driver and the trooper causing a shot to be fired.” Harris died at the scene.

2. Harris Was Described as Deaf & Mute & Was Unarmed 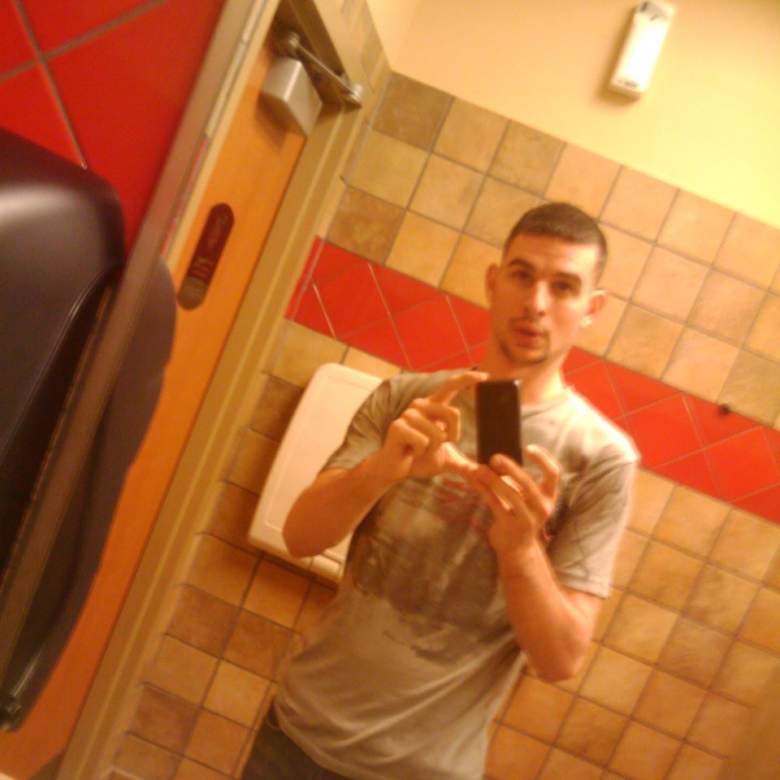 Harris, 25, was “deaf and mute” and used sign language to communicate, The Daily News said.
WCCB said Harris’ family confirmed he was a member of the Deaf community; the station says he was unarmed.

The Daily News says Harris “continued driving home instead of pulling over,” according to police, adding: “Whether Harris fully understood what was happening, since he could not have heard the sirens, is unclear.”

Harris then led the trooper on a chase, which ended with both vehicles damaged, said WCNC.

4. Harris’ Brother, Sam, & Other Family Members Are Also Members of The Deaf Community

WCCB communicated with Harris’ family by writing through the phone because other family members are hard of hearing.

The station says Harris was the father of a 4-year-old boy.

On Facebook, Kevin’s brother, Sam, says he has studied sign language/English interpretation and mathematics at Gallaudet University and attended the Colorado school for the Deaf and the blind.

CBS quoted a neighbor as saying “it seems like a very peaceful family.”

5. Harris Has a History of Resisting Arrest, Reports Say

Harris was previously found guilty in Connecticut of resisting an officer in 2010, said The Charlotte Observer.

In 2010, in Florida, an interpreter provided sign language for him at a court hearing in which he was “found not guilty of misdemeanor larceny and had a charge of misdemeanor resisting property recovery dismissed,” the newspaper said.