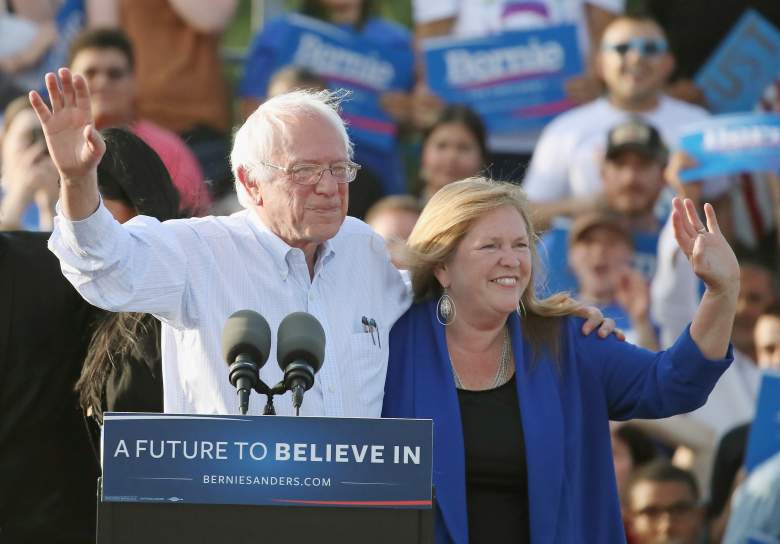 How many write-in votes did Bernie Sanders get? (Getty)

Only a few details are known so far about how many write-in votes Bernie Sanders got. Most states will release detailed write-in results once their election counts are certified, which in some cases may be a few days from now but in other cases won’t happen until near the end of November. In some states, we may never know the write-in counts because they tally all the write-ins together, and only count them individually if the total could make a difference in determining who wins the state. According to Dave Leip’s election stats, there were 732,635 write-in votes cast nationally (although that number could rise as more votes are processed.) This accounts for .56 percent of the popular vote, fewer votes than Jill Stein and Gary Johnson received. Since the write-ins weren’t all for Bernie Sanders, he would not have won, even if they were all counted.

Only about 12 states even allowed voters to write in Sanders for president and have that vote potentially count. These were Alabama, California, Iowa, Mississippi, New Hampshire, New Jersey, Oregon, Pennsylvania, Rhode Island, Vermont, Washington, and Wyoming. (Although a few of these states have disputed facts about write-in rules. Read more here.) Other states might have received write-in votes for Bernie, but most won’t be counting them.

But just how many votes did Sanders get in those 12 states? Here’s what we know so far. We’ll update this story as we have more information.

In California, the official total may take a while to learn. Remember, during the Democratic primary it took five weeks to get the official results. At this time, it does not appear that write-ins have been counted. None are listed on the site. The website states that county election officials continue counting ballots during a 30-day post-election “canvass period.” There are still more than 4 million unprocessed ballots as of November 14, which is technically enough to make a difference even for Trump if they all went to him. However, since California tends to be liberal, it’s unlikely that will be the case. The 4 million still uncounted include vote-by-mail, provisional, and “other.” California election officials told The Nation that it takes weeks for counties to count all their ballots.

In Iowa, more than 17,000 people voted for write-in candidates, more than double the number who voted for write-ins in 2012, The Gazette reported. The write-ins, however, were still only 1.1 percent of the ballots cast. Unfortunately, the Iowa Secretary of State’s office won’t release write-in names. In fact, the office doesn’t even see the write-ins unless they reach 5 percent of the total vote. One elections administrator surmised that Sanders might have gotten a lot of the votes because he heard a lot of people talking about writing Sanders in.

In Mississippi, not much information is known yet. The Secretary of State has not posted certified results yet. And county recapitulation results don’t list write-ins.

Sanders Got More than 4,400 Write-In Votes in New Hampshire

In New Hampshire, Sanders got 4,493 write-in votes, according to the state’s official tally. Clinton beat Trump in New Hampshire by only 2,573 votes. Second in write-ins was John Kasich, who received 1,365 votes. Third was Evan McMullin with 1,064.

In New Jersey, unofficial results have been released and tallied for each county’s presidential vote. However, these results do not list any write-in ballots.

In Pennsylvania, the state turned red for the very first time. Knowing how Bernie Sanders did in contrast could be very helpful. Unfortunately, the state’s unofficial returns and county-by-county results don’t list write-in results. Even results from individual polling stations only list the number of write-ins, but not who the write-ins were for.

Bernie Sanders Got More than 18,000 Write-In Votes in Vermont

In Vermont, the unofficial election results show a total of 22,899 write-in votes, accounting for 7.15 percent of the vote. Of these, 18,183 people wrote in Bernie Sanders, or 5.67 percent of the vote. This is higher than both Jill Stein and Gary Johnson combined, who were both on the ballot Jill Stein got 6,578 votes and Johnson got 10,078. Evan McMullin got 629 write-in votes. Other candidates with write-ins included Rand Paul, John Kasich, and Paul Ryan, among many other names.

In Washington, write-in votes are treated like they are in Oregon. They’re only counted if there appear to be enough to potentially change the outcome, so we likely won’t get a tally for Sanders here.

In Wyoming, a total of 6,904 write-ins were cast, according to unofficial results. But these write-ins have not been broken down into individual results. Precinct-by-precinct results also don’t list individual write-in votes, just general write-in numbers.

Because write-in votes were only allowed for Bernie Sanders in 12 states, we won’t be listing most of the other states here. Most of these states will likely not even count Sanders write-ins or release results for how many he may or may not have received. However, we do have some information about Georgia. In Georgia, the current unofficial results results don’t include write-in votes or provisional ballots. There were only a few candidates were qualified write-in candidates who could be counted. According to 11 Alive, Evan McMullin led the write-in tally in Gwinnett County with 1,570 votes. Sanders was not qualified as a write-in candidate, but he still walked away with 593 write-in votes in Gwinnett County alone. He trailed Jill Stein, who was an official write-in candidate and got 879 votes.

Bernie Sanders Got Some Write-Ins in Illinois

In Illinois, write-in vote totals were available for electronically cast ballots in some counties, although paper ballot write-ins won’t be known until the results are certified on November 29. Illinois is another state that would not be counting Sanders’ votes, but we still have some information on how he did. In Knox County, Bernie Sanders led the write-in count with a grand total of seven out of 185 write-in votes. However, only Evan McMullin’s five write-ins will count in that county, since he was the only one registered who received write-ins, according to Galesburg.com.

We will add more states and additional information about Sanders’ write-in votes as it’s available. 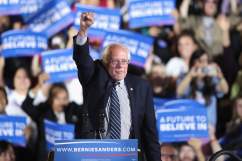 Reddit’s Largest Bernie Community, ‘Sanders for President,’ May Be Reopening

Read about Donald Trump and Melania in Spanish at AhoraMismo.com:

Loading more stories
wpDiscuz
2
0
Would love your thoughts, please comment.x
()
x
| Reply
Bernie Sanders got 12 million votes in the primary; how many people wrote-in a vote for him in the presidential election? Find out the latest update here.