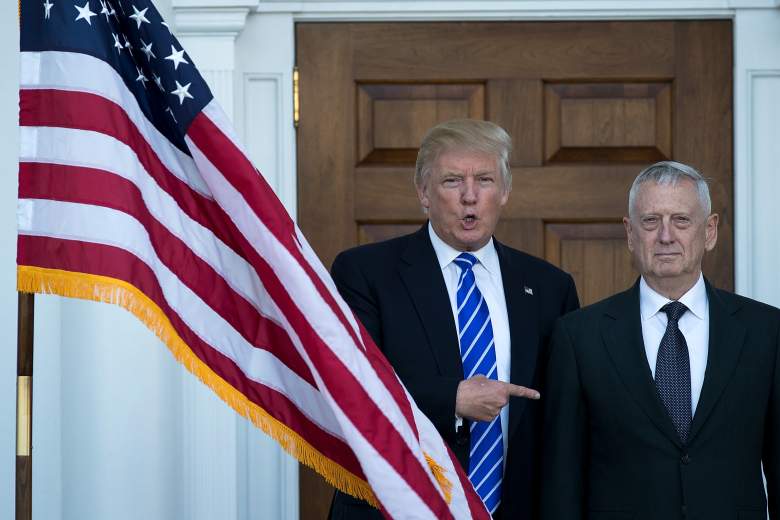 Donald Trump announced during his rally in Cincinnati on December 1 that he planned to nominate U.S. Marine Corps General James ‘Mad Dog’ Mattis to be Secretary of Defense. However, Mattis faced a Congressional hurdle, since he’s only been retired for three years. By law, the civilian leader of the U.S. Military needs to be retired from active military service for at least seven years, so Mattis needed a special waiver before he could be confirmed as Defense Secretary.

To make sure that the U.S. Military was under civilian command, the law stated that anyone “who has within ten years been on active duty as a commissioned officer in a Regular component of the armed services shall not be eligible as Secretary of Defense.” 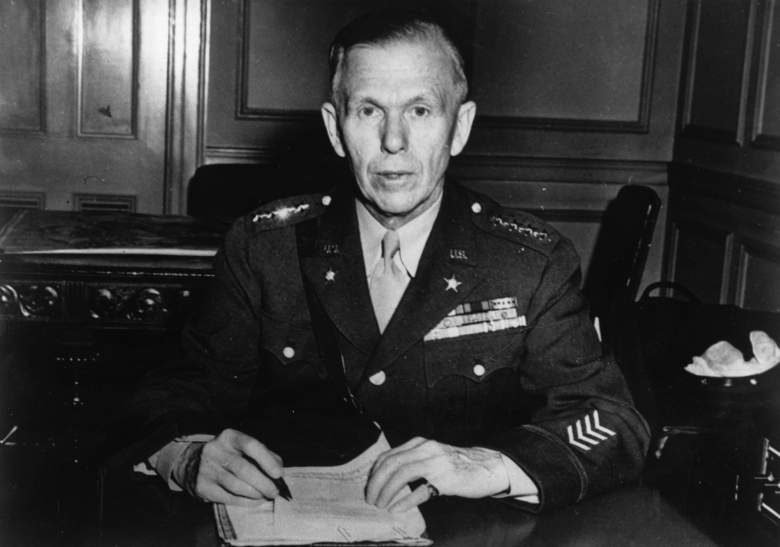 Congress had to pass a special act for General George C. Marshall to become Secretary of Defense in 1950. (Getty)

However, Congress almost immediately allowed for an exception for George C. Marshall. He didn’t retire from active U.S. Army service until February 1947 and served as Secretary of State until January 1949. In March 1949, he returned to the active list as General of the Army. In September 1950, he became Secretary of Defense, a role he served in for just a year. It took a special act of Congress to allow that to happen.

When Congress passed the National Defense Authorization Act for Fiscal Year 2008, they reduced the number of years a person needed to be out of active military service to seven. However, that still does not qualify Mattis for the position.

Mattis didn’t retire until May 2013, following three years as the Commander of U.S. Central Command in the Middle East. The 66-year-old Mattis has spent almost his entire adult life in the military, enlisting in the Marine Corps in 1969. In order for Mattis to be approved by Congress, he needs a waiver. Like the exception given to Marshall in 1950, it would require an act from the House and Senate.

Former House Intelligence Committee Chairman Mike Rogers told CNN in November that the seven-year break between active duty and being eligible for the role ensures that being Secretary of Defense is a civilian position.

“When you get to that Defense Secretary role, it has to be a broader, strategic impact brought to any decision you make in any strategic event you make around the world — including, by the way, acquisitions of weapons,” Rogers explained. “I think they just want a little distance there to make sure you don’t just take a general and make them secretary. And that’s why, originally, the law was passed to give that seven-year window.”

Mattis had the endorsement of Senator John McCain, a Republican and Chairman of the Senate Armed Services Committee.

“General Mattis is one of the finest military officers of his generation and an extraordinary leader who inspires a rare and special admiration of his troops. He is a forthright strategic thinker. His integrity is unshakable and unquestionable,” McCain said in a statement.

However, Senator Kirsten Gillibrand, a Democrat on the Senate Armed Services Committee, said she planned to oppose Mattis’ nomination. “While I respect Gen Mattis’s service, I’ll oppose a waiver-civilian control of our military is a fundamental principle of American democracy,” Gillibrand said. Her effort didn’t work, as Mattis was easily granted the waiver and became the first confirmed member of Trump’s cabinet.