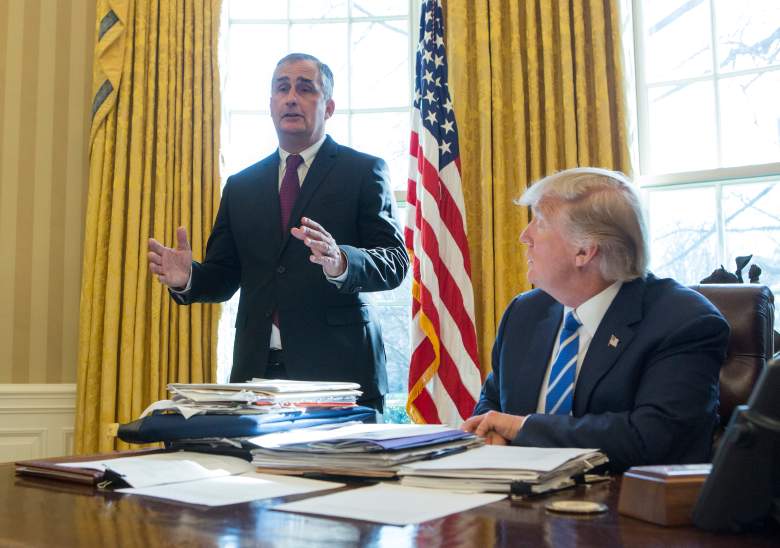 Brian Krzanich speaks during a meeting with President Donald Trump at the White House February 8, 2017. (Getty)

Brian Krzanich, the CEO of Intel, met with President Donald Trump on Wednesday and said the tech company plans to invest $7 billion in the United States.

Specifically, Krzanich said that Intel will invest in a factory in Chandler, Arizona that will employ about 3,000 people, according to CNBC. After their meeting, Trump tweeted, “Thank you Brian Krzanich of @intel. A great investment ($7 BILLION) in American INNOVATION and JOBS! #AmericaFirst.”

Krzanich is 56 years old, and he’s from Santa Clara County, California. He is married to Brandee Krzanich and has two daughters, with whom he has attended “hackathon” events.

Today was not the first time that Brian Krzanich, the 56-year-old CEO of Intel, has involved himself with Donald Trump. Here’s what you need to know about Krzanich, his background, and his relationship with the president. 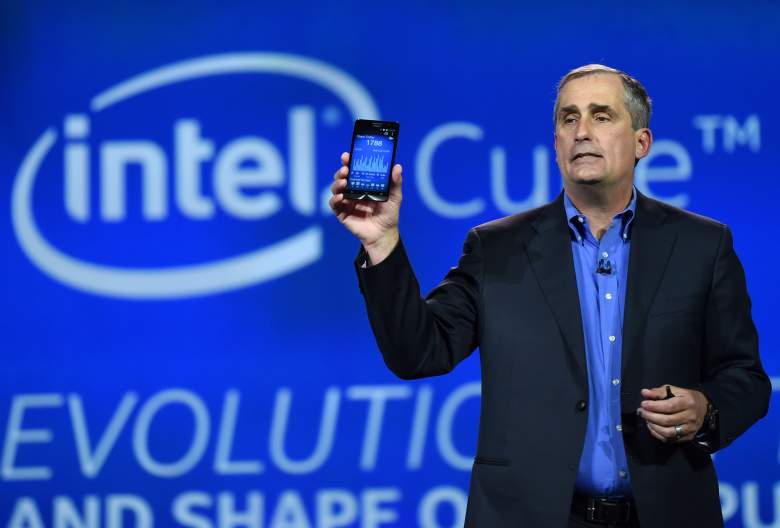 Intel CEO Brian Krzanich speak at the 2015 International CES in January 2015. Intel and Micron’s new XPoint chip could be a game-changer. (Getty)

Brian Krzanich became the chief executive officer of Intel in May 2013. This came after Paul Otellini announced his resignation as CEO, which prompted a six-month long search for his replacement.

Intel announced that Kzranich had been unanimously elected elected as the new CEO on May 2, 2013, and he officially assumed the role on May 16.

“After a thorough and deliberate selection process, the board of directors is delighted that Krzanich will lead Intel as we define and invent the next generation of technology that will shape the future of computing,” Andy Bryant, chairman of Intel, said in a statement.

According to Salary.com, Kzranich makes about $14 million in total compensation per year. 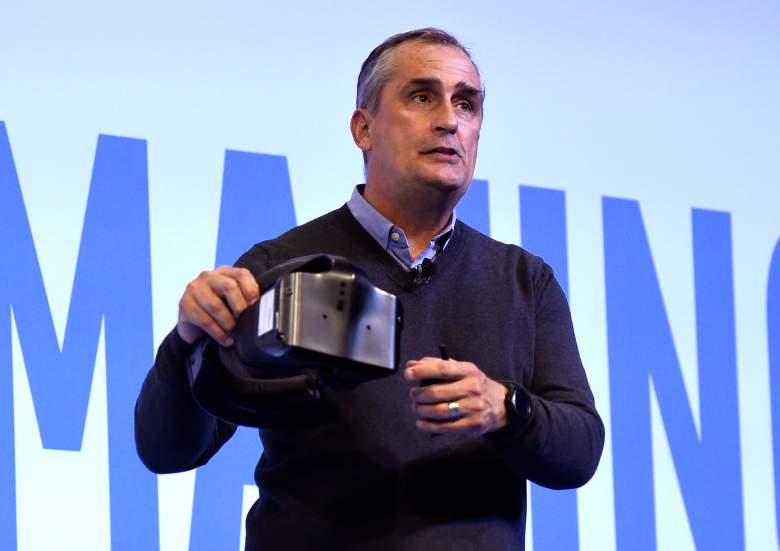 Although Krzanich has only been the CEO of Intel for the past four years, he has been working for the company for over three decades.

According to Intel, Krzanich joined in 1982, and over the years he progressed through a number of roles, starting off as an engineer. Later, he served as the plant manager for a factory in Massachusetts.

According to his Intel biography, during his time with the company, Krzanich “drove a broad transformation of Intel’s factories and supply chain, improving factory velocity by more than 60 percent and doubling customer responsiveness.”

3. He Cancelled a Fundraiser for Trump in June 2016 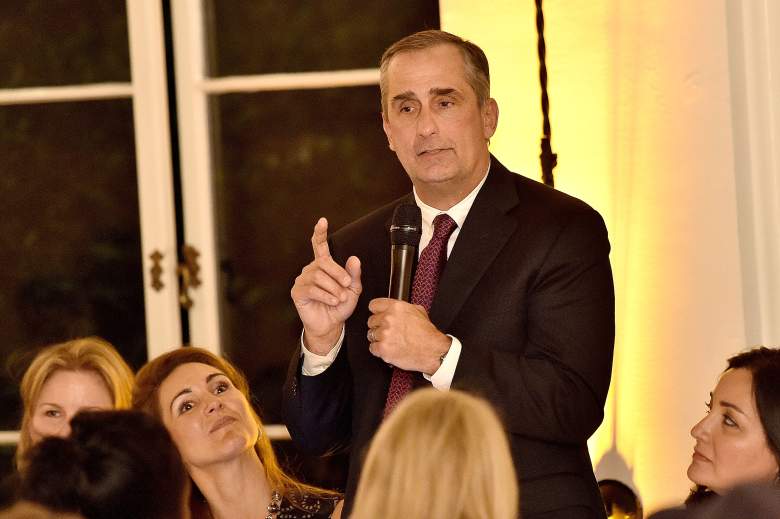 Krzanich faced some criticism in June 2016 when it was reported that he would be holding a fundraiser for Donald Trump at his California home. After this was reported, Krzanich took to Twitter to say that he was not endorsing any candidate and that he wanted to meet with both campaigns.

I do not intend to endorse any Presidential candidate. We are interested in engaging both campaigns in open dialogue on issues in technology

Still, the event ended up being cancelled. Kzranich later told Fortune that this was not originally planned as a fundraiser.

“Originally it was supposed to be a conversation about issues, and I am passionate about these issues,” he said. “The issues of diversity, the issues of making America strong in manufacturing, making us competitive in tax. It was supposed to be a discussion about issues with a small group of us. It turned into a fundraiser, and that’s when we backed out…I really don’t think people in the tech industry, our job is not to get behind one candidate. Our job is to get behind issues.”

Trump ended up holding a rally on the day that the fundraiser was initially scheduled.

According to Open Secrets, The Intel Corporation has donated hundreds of thousands of dollars to Republican candidates, giving $390,000 to House and Senate Republicans in the 2016 election cycle, and $5,000 to Marco Rubio’s presidential campaign. However, they also donated about $370,000 to Democratic candidates in the 2016 cycle.

4. He Has Been Behind Efforts to Diversify the Company 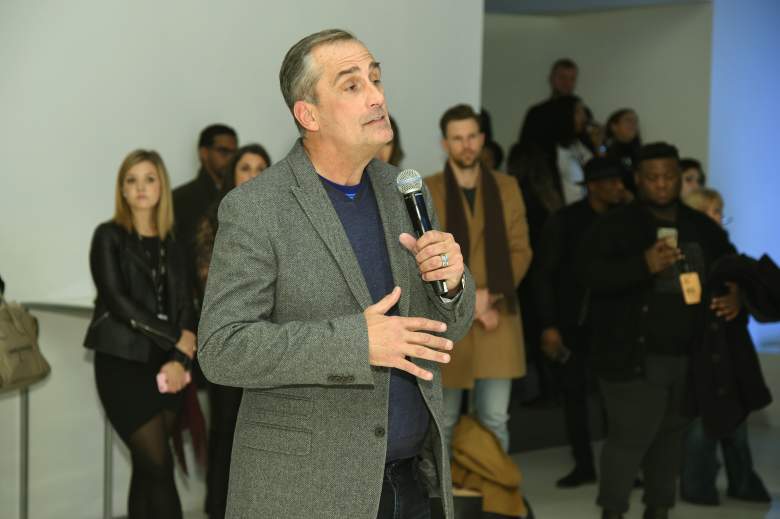 In January 2015, Kzranich announced that Intel would be spending $300 million on efforts to increase diversity at Intel. He also stated that the company’s goal would be for 43.3 percent of new hires to be women or minorities.

Over the following year, Intel saw a 30 percent increase in minority employees, according to Tech Crunch. In an April 2016 conversation with Jesse Jackson, Kzranich said that he has faced backlash for these efforts.

“People worry that as a white man, you’re kind of under siege to a certain extent,” Krzanich said. “There’s been a bit of resistance. We’ve even had a few threats and things like that on some of our leadership team around our position on diversity and inclusion. We stand up there and just remind everybody it’s not an exclusive process. We’re not bringing in women or African-Americans or Hispanics in exclusion to other people. We’re actually just trying to bring them in and be a part of the whole environment.”

5. He Says That Intel Opposes the Travel Ban 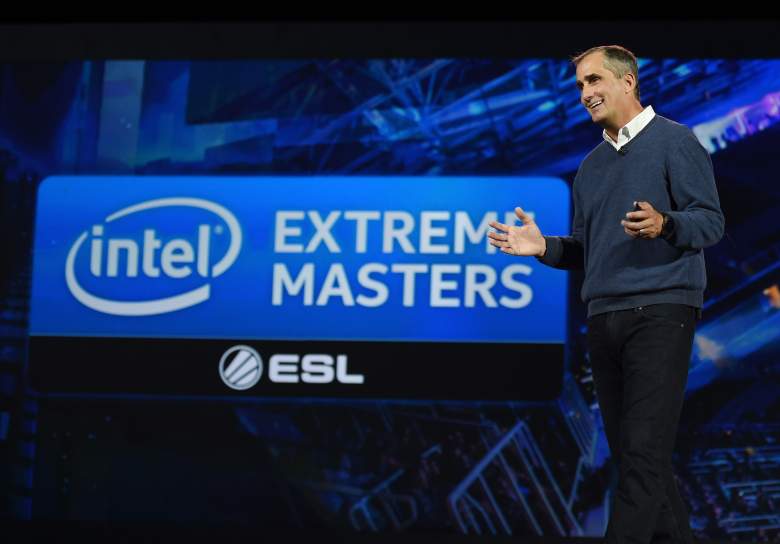 Brian Krzanich delivers a keynote address at CES 2016 at The Venetian Las Vegas on January 5, 2016 in Las Vegas, (Getty)

After President Donald Trump signed an executive order suspending immigration from seven Muslim-majority countries, Kzranich said that Intel is opposed to this policy of Trump’s.

“I have heard from many of you, and share your concern over the recent executive order and want you to know this is not a policy we can support,” Krzanich told his employees, The Oregonian reported.

Kzranich also said that Twitter that Intel was founded by immigrants and that it will support those impacted by the ban.

as a company co-founded by an immigrant, we support lawful immigration. We will provide impacted employees with Intel's full support