Host Bill O’Reilly appears on “The O’Reilly Factor” on The FOX News Channel at FOX Studios on March 17, 2015 in New York City. (Getty)

Fox News host Bill O’Reilly and the network have shelled out about $13 million over the years to settle sexual harassment and verbal abuse claims made against him, The New York Times is reporting.

In an investigation, the Times reported that it uncovered five women who have lodged sexual harassment and other allegations against the host, but noted that Fox News has “repeatedly stood” by him.

According to The Times, two of the settlements came after former Fox chairman Roger Ailes lost his job in a sexual harassment scandal. O’Reilly has not admitted any wrongdoing and said that, as a prominent and controversial person, he is vulnerable to lawsuits.

CNN Money reports that Mercedes has now “reassigned” its advertisements on “The O’Reilly Factor,” calling the report “disturbing.” Then, Hyundai announced it was doing the same. Soon, 20 advertisers had pulled their ads from the program.

Hyundai: We had upcoming advertising spots on The O'Reilly Factor but are reallocating them due to the recent and disturbing allegations

1. The Women Accused O’Reilly of a Wide Range of Misconduct 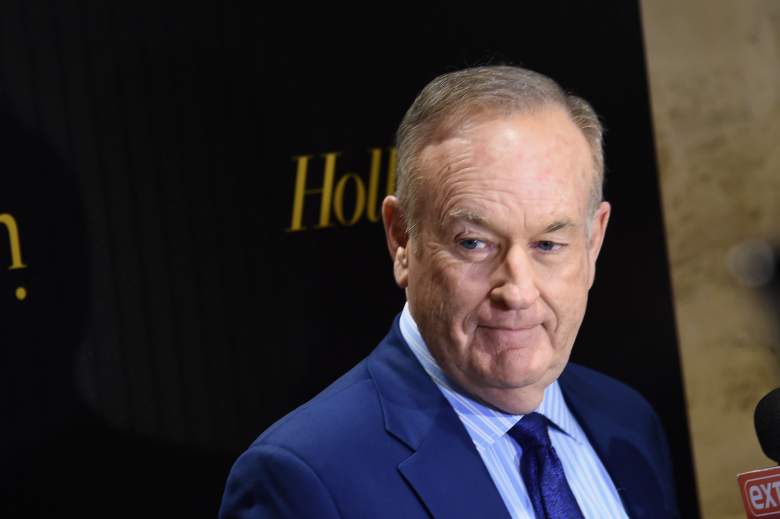 Bill O’Reilly has an estimated net worth of $85 million. (Getty)

The Daily News reported that the women alleged O’Reilly “used his status in the newsroom to pledge to help women advance their careers — and then used that as leverage to try to get them into bed.”

One of the most high profile claims – and one that was previously known – involved Andrea Mackris, a producer. The Washington Post reported in 2004 that O’Reilly had settled the Mackris lawsuit, calling it a “brutal ordeal” and not apologizing.

He also agreed to drop an extortion suit against her, The Post reported, but he told viewers there was “no wrongdoing in the case whatsoever by anyone.”

You can read the lurid court documents here. The lawsuit was notorious in part for O’Reilly’s alleged phone sex mixup, calling a loofa mitt a “falafel.”

3. Juliet Huddy, a Former Presenter, Is Another of O’Reilly’s Accusers

According to People Magazine, Huddy, 47, claimed that O’Reilly “propositioned her on multiple occasions.” People reported that Huddy claimed O’Reilly attempted “to kiss her during a visit to his home” and alleged he made “inappropriate phone calls” to her.

“Huddy said when she refused to comply with O’Reilly’s advances, she was booted from the show despite having ‘one of the highest rated segments,’” LawNewz reported, adding that she also named Fox News co-president Jack Abernathy.

The alleged sexual harassment from O’Reilly began in January 2011, according a letter of intent to sue. He invited her to his Manhasset, Long Island home for lunch. After the meal, he gave allegedly her a tour of his house, and it ended with him trying to kiss her on the lips, the letter contended, according to The New York Times.

“To shock and disgust, as Ms. Huddy was saying goodbye to Mr. O’Reilly, he quickly moved in and kissed her on the lips,” the letter reads, according to the Times. “Ms. Huddy was so taken aback and repulsed that she instinctively recoiled and actually fell to the ground. Mr. O’Reilly, looking amused, did not even help Ms. Huddy up.”

LawNewz reports, “While we weren’t able to confirm the exact amount of the settlement, our sources tell us the amount paid out was in the high six figures.”

Juliet Huddy left Fox News in September after being at the network since 1998. Huddy was originally based in Miami. She eventually became a co-host for Fox & Friends Weekend. In 2010, she began working on The O’Reilly Factor, hosting her own segment called “Did You See That?” After she was replaced on that segment in 2013, she had another one called “Mad as Hell,” but it was short-lived.

4. The Times Unearthed Three Other Complaints Dating Back to 2002

According to The Chicago Tribune, “The Times found three other complaints and payouts involving O’Reilly, dating back to 2002.”

Two of the women reached settlements with Fox, and “O’Reilly privately settled a third in 2011. The latter agreement was so secret that 21st Century Fox was unaware of it until last year,” according to the Tribune.

The Los Angeles Times reported that it had confirmed two payouts.

The first, a “payment of more than $1 million went to Laurie Dhue, who was a news anchor at the channel from 2000 to 2008” and “O’Reilly also personally paid a settlement to former Fox Business Network anchor Rebecca Gomez Diamond, who filed a complaint against him after learning her contract with the network was not being renewed in 2011,” according to The Los Angeles Times.

The fifth woman was a producer, Rachel Witlieb Bernstein, who alleged that O’Reilly screamed at her.

The UK Daily Mail lists two more women who did not receive payouts, reporting, “In addition to the five women, Wendy Walsh, a regular on his show, along with Andrea Tantaros, a former Fox News host, also accused the 67-year-old of inappropriate behavior.”

5. O’Reilly Said He Put the Allegations to Rest for His Children’s Sake 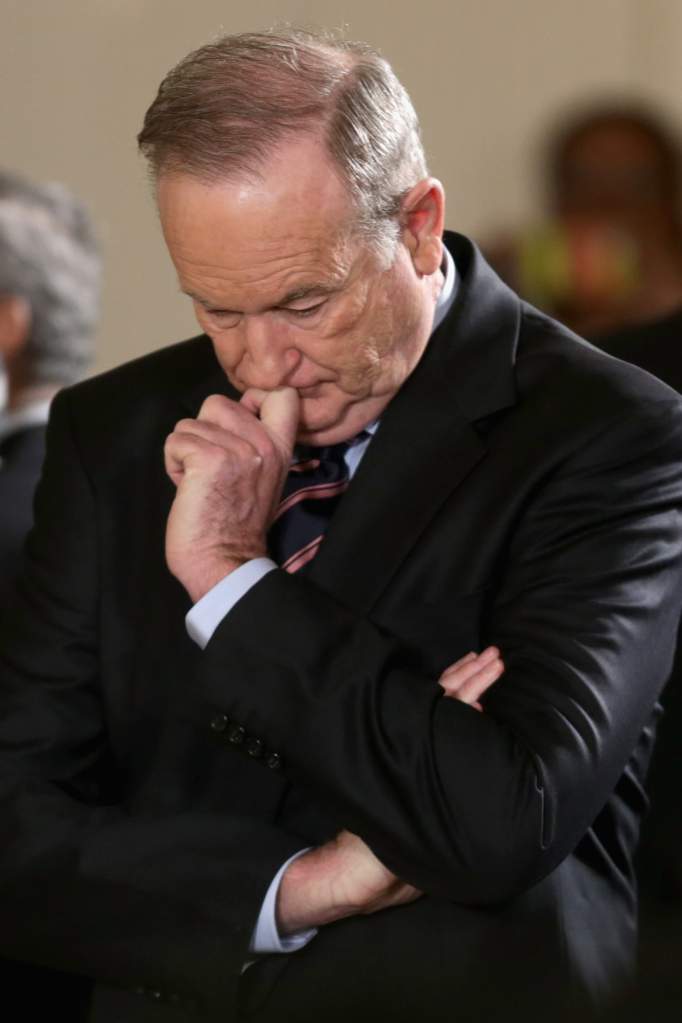 In a statement responding to The New York Times’ article, O’Reilly said, “Just like other prominent and controversial people, I’m vulnerable to lawsuits from individuals who want me to pay them to avoid negative publicity. In my more than 20 years at Fox News Channel, no one has ever filed a complaint about me with the Human Resources Department, even on the anonymous hotline.”

He also said: “But most importantly, I’m a father who cares deeply for my children and who would do anything to avoid hurting them in any way. And so I have put to rest any controversies to spare my children.”

O’Reilly also went through a bitter divorce battle. The New York Daily News reported in 2016 that a court “denied the Fox News host status as sole decision-maker for the 16-year-old daughter and 12-year old-son he had with his ex-wife, Maureen McPhilmy.”

Fox News released a statement that said the following: “Notwithstanding the fact that no current or former Fox News employee ever took advantage of the 21st Century Fox hotline to raise a concern about Bill O’Reilly, even anonymously, we have looked into these matters over the last few months and discussed them with Mr. O’Reilly. While he denies the merits of these claims, Mr. O’Reilly has resolved those he regarded as his personal responsibility. Mr. O’Reilly is fully committed to supporting our efforts to improve the environment for all our employees at Fox News.”