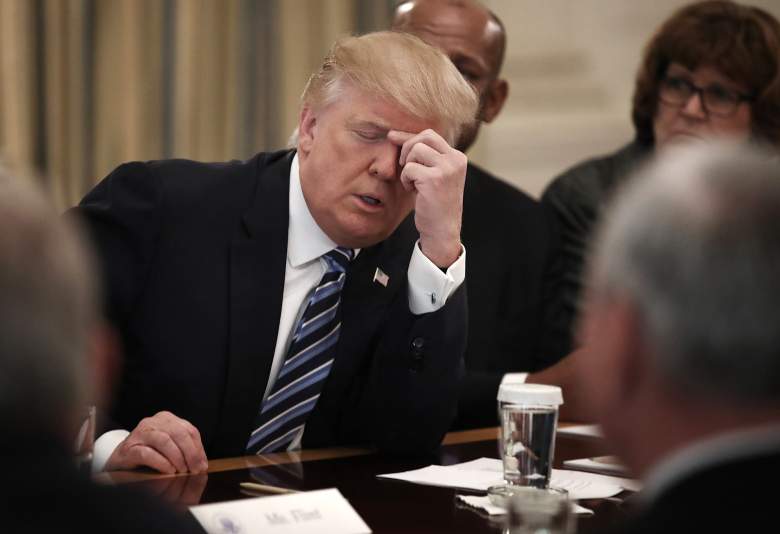 On Monday morning President Trump announced a new plan that would privatize America’s air traffic control system. The job of controlling air traffic currently falls under the watchful eye of the Federal Aviation Administration. That would all change if this new plan were to be enacted.

“Today we’re proposing to take American air travel into the future, finally,” Trump said when making the announcement from the East Room of the White House. The president called the current system of monitoring air traffic “stuck, painfully, in the past.”

In the audience for the announcement were several executives from commercial airlines; executives and airlines who have long sought to privatize air traffic control. Yet it wasn’t all that long ago that the president himself was in the airline business.

Here’s what you need to know about Trump Shuttle. 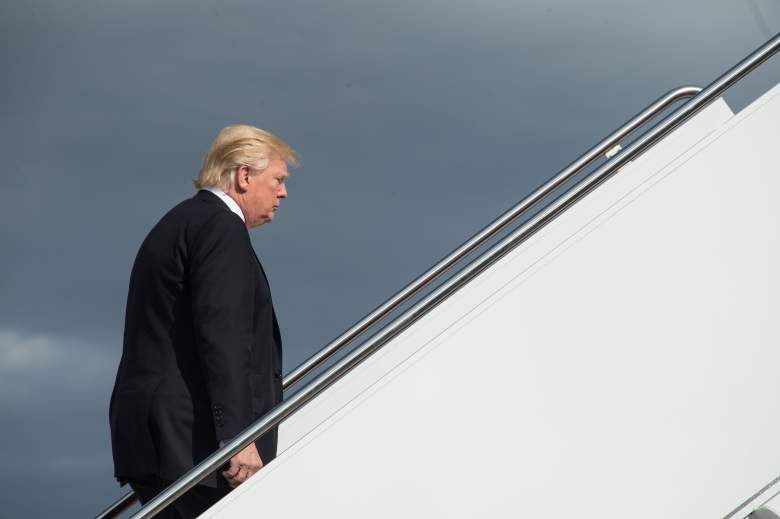 In October of 1988 Donald Trump announced that he had acquired Eastern AIR Shuttle. Eastern AIR Shuttle had been operating short flights between the largest cities on the east coast since 1961, making stops in New York City, Boston, Washington D.C. and Newark. Entering the 1980’s, the company was starting to struggle, and as a result, began consolidating routes and aircraft. One of those consolidations resulted in a air shuttle based and operating in the Northeast.

Eastern’s Northeastern air shuttle, which was run by Bruce Nobles, was created to attract potential buyers. Trump purchased the Northeast shuttle for $380 million soon after, amidst a mechanics’ strike. The sale was financed by 22 banks.

Upon announcing the purchase, Trump struck a familiar tone, saying “it’s a diamond, it’s an absolute diamond.” That sentiment was not shared by everyone. 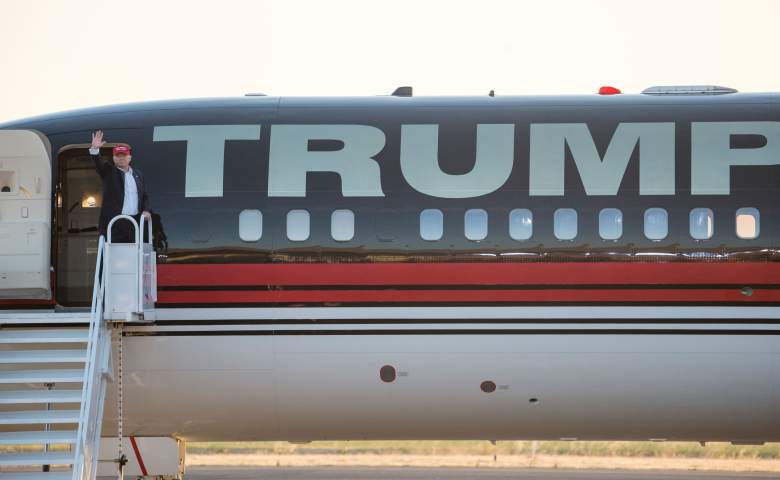 Trump didn’t exactly purchase a fleet of aircraft that were fresh out of the box, complete with the famed new airplane smell. According to Henry Harteveldt, the new company’s marketing director and a former executive at TWA and Continental, “we (Trump Shuttle) inherited more than 20 of the world’s oldest 727 airplanes. At first all we could was to clean the planes and put a sticker with Trump’s name on the side.”

That is exactly what they did. The new fleet were painted bright white and the interiors were renovated to include maple wood veneer, chrome seat belt latches and gold colored lavatory fixtures. Looks were important for Trump, and according to some people at the time, more important than the actual inner-workings of running an airline.

“It was this flying billboard for Trump properties,” said Harteveldt. “At the time, he was expanding his casino business [in Atlantic City], jet fuel was still relatively cheap. It was a combination of vanity and the lure of an appealing business.”

It was also a combination of looks and technology, as Trump Shuttle was one of the first airlines to utilize self-service check-in kiosks.

3. Trump Shuttle’s First Flight Was Delayed Due to Fog 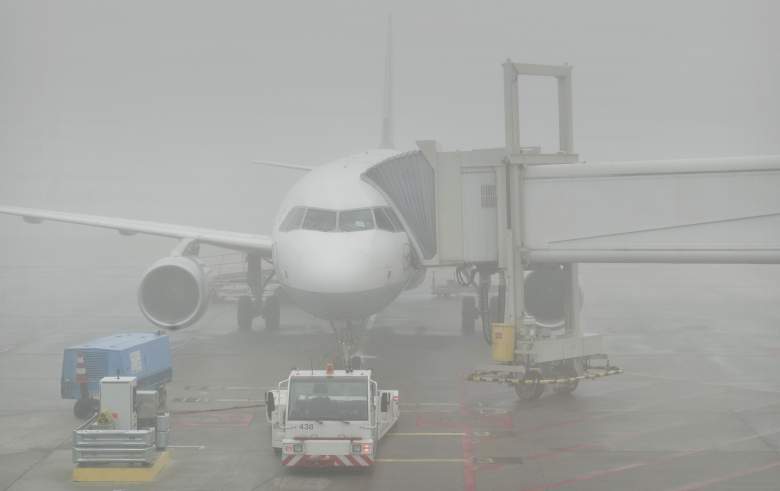 The weather delayed the flight 20 minutes. Some of the crew on-hand were former employees of Eastern and had participated in the recent strike against the airline. They were now grateful to be employed by Trump.

An early sign of trouble greeted the flight in D.C., though. Pan AM Shuttle, a competitor, had announced a promotion that intended to steal the spotlight from Trump Shuttle. Pan AM had been one of the reason’s for Eastern’s demise, yet Trump was confident it would not be a reason for his, saying “I love competing against Pan Am. If you’ve got to compete, Pan Am is the one you want to compete against.”

One method Trump employed to strike back against the competition was using fear tactics, tactics he used frequently, minus any kind of facts to back up his claims. The repeated claims left his executives at a loss for words.

4. Trump Spent Millions Upgrading the Planes Despite Being Told Not To 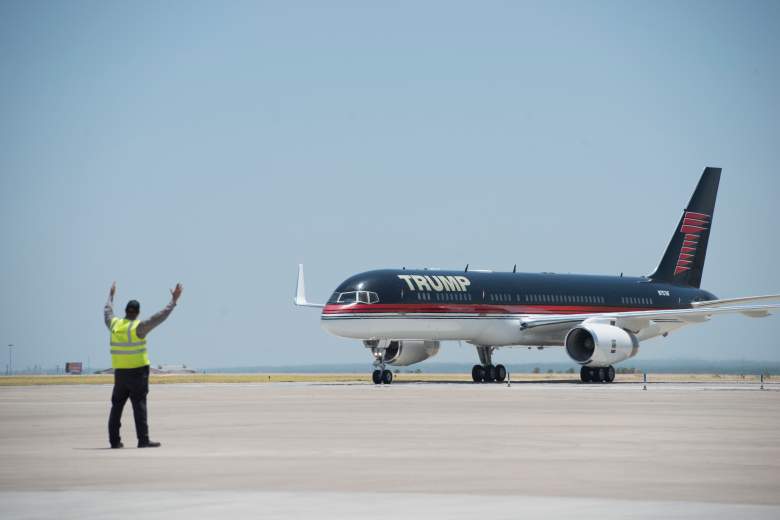 Prior to owning Trump Shuttle, Trump’s only experience operating anything that flew was operating a helicopter service that took people to and from Atlantic City, New Jersey. It wasn’t exactly the best training for someone who would later own an airline. Trump’s familiarity with airline economics and the business was lacking and would soon be a liability.

When he bought up Eastern, Trump had purchased more airplanes than he actually needed. Trump Shuttle only required 16 planes, but in the sale, Trump had ended up 22. Even someone not in the airline business knows that a plane doesn’t make money if it’s not flying and Trump had at least six that weren’t flying. The unused plane’s proved to be a drag on the company’s already mounting debt.

Trump had moved on though and had decided to upgrade the planes that were being used. He spent over a million dollars on each plane, upgrading each in true Trump fashion.

“We paid too much to refurbish the airplanes,” said Brian Nobles, hired by Trump run Trump Shuttle. “My argument at the time, which fell on deaf ears, was no one was going to fly on our planes because they looked better. He disagreed because his modus operandi was to make things look flashier than anyone else.”

Unfortunately making things look “flashier” means Trump Shuttle’s planes would weigh more than normal airplanes. The result was adding weight, 20 to 30 pounds, to planes when most airlines were looking for ways to remove weight.

5. Trump Gave Up on Trump Shuttle After Three Years

Trump’s excess was a useful marketing tool for Pan Am, who launched an expensive campaign lampooning him. They unveiled a new spokesman: Milburn Pennybags who was the tycoon from Monopoly.

“On which shuttle will you find the world’s most famous investor in real estate, hotels, and transportation?” the ads asked.

Then there was trouble with the planes themselves, specifically one plane’s front wheels not working, resulting in a plane unable to land. The pilot was eventually able to land the plane, using it’s back two wheels, a landing Trump called “the most beautiful landing you’ve ever seen.”

By 1990, outside factors such as an economic recession in the Northeast, as well as higher fuel prices due to the Iraqi invasion of Kuwait, had merged with internal factors (the airline was not turning a profit, Trump feuding with his executives) and Trump Shuttle was in trouble. In 1991 Trump waved the white flag, handing over control of the airline to the banks he owed money too. The airline was eventually taken over by US Airways.