KGMB-TV A high school photo of Ilaika Erik Kang from 2001.

A 34-year-old active-duty U.S. soldier stationed in Hawaii was arrested late Saturday evening and charged with providing material support to the Islamic State of Iraq and Syria, the FBI announced on Monday.

The individual, identified by the FBI as Ikaika Erik Kang, was arrested at his home in Waipahu, according to KGMB-TV. 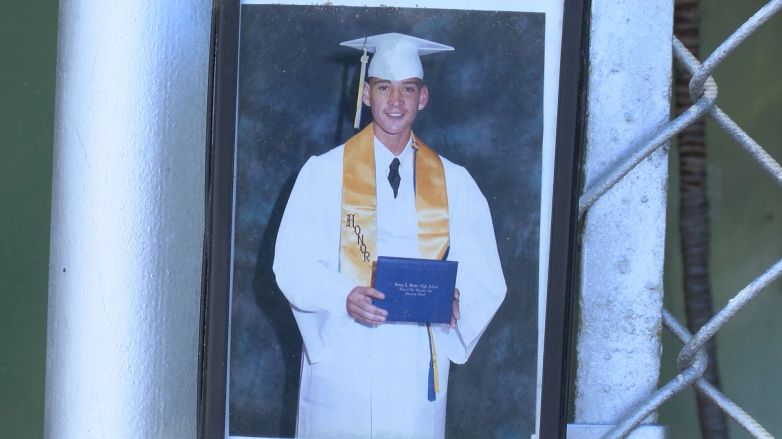 KGMB-TVIkaika Kang, shown here in a 2001 high school photo, is accused of pledging allegiance to ISIS earlier this month.

The Associated Press initially reported Kang’s alleged dealings with the Islamic State and the FBI confirmed that in a statement released Monday afternoon.

The FBI adds that they believe Kang was a lone actor and “that he has not associated with others who present a threat to Hawaii.”

According to an affidavit filed in the United States District Court for the District of Hawaii in support of the criminal complaint against Kang, he had made threatening statements as far back as 2011.

“He was reprimanded on several occasions for threatening to hurt or kill other service members, and for arguing pro-ISIS views while at work and on-post,” the affidavit reads.

The affidavit alleges that in early 2016, it appeared Kang was becoming radicalized and the matter was referred to the FBI in August of that year.

In November 2016, during the investigation into Kang, the FBI discovered classified military documents and ISIS-related materials on his computer and hard drive. Among the 18 so-called SECRET documents discovered on Kang’s computer, 16 remain classified to this day, according to the affidavit.

Kang’s computer contained 486 documents that referenced “ISIS, ISIL, or violence” — including 13 issues of Inspire Magazine, an English-language online magazine published by al-Qaeda in the Arabian Peninsula.

Also in November 2016, Kang revealed to an undercover FBI agent during training at Ft. Rucker, Alabama, that he wished to travel to Turkey because ISIS had a consulate there.

“Kang further indicated that he had not purchased an airline ticket (to Turkey) because he believed he would be arrested. Kang said that he didn’t want to do anything on the Internet, because he was afraid the FBI ‘will show up at my door,'” the affidavit reads.

In further discussions with that FBI agent, Kang discussed the possibility of joining ISIS.

In June 2017, the FBI says Kang provided unclassified military documents to an undercover agent for “the purpose of ultimately providing them to ISIS.” A few days after that, Kang handed over 14 classified documents to the agent.

In July 2017, Kang offered to the undercover agents “to use his training as an air traffic controller to make a cycle of systems for ISIS to use in correcting artillery or indirect fire strikes utilizing Unmanned Aerial Systems (UAS).”

According to the affidavit, on July 8, 2017, Kang pledged allegiance to ISIS and its leader, Abu Bakr al-Baghdadi. Shortly after taking the pledge, Kang told an undercover agent that he wanted to “kill a bunch of people.”

Kang was arrested that same day by the FBI without a warrant, “based on probable cause that he had committed the crimes described herein, having just sworn bayat to ISIS and expressed a desire to kill ‘a bunch of people.'”

2. Kang Was Stationed at Schofield Barracks in Honolulu

He was enlisted with the 25th Infantry Division, according to FBI spokemsan Arnold Laanui.

According to the FBI, Kang — who joined the army shortly after the Sept. 11 attacks — served tours in Afghanistan (2013) and Iraq (2010). He was also stationed in South Korea for a time.

Ikaika Kang, the 34-year-old Army solider arrested on terrorism, allegedly swore allegiance to ISIS, did tours in both Afghanistan and Iraq.

Kang, ranked Sergeant Fist Class, was awarded multiple medals for his time in the service, according to a release provided by the FBI, including the “Global War on Terrorism Service Medal.”

The affidavit notes that Kang “achieved ‘Level IV Tactical Combat Instructor’ status, which gives Kang the ability to serve as an instructor in combatives to other soldiers. At the time of the events in this case, skill level IV was the highest level of training available, and required the completion of a 160-hour, four-week course.”

3. Kang Made Numerous Threatening Statements Over the Course of a Year-Long FBI Investigation 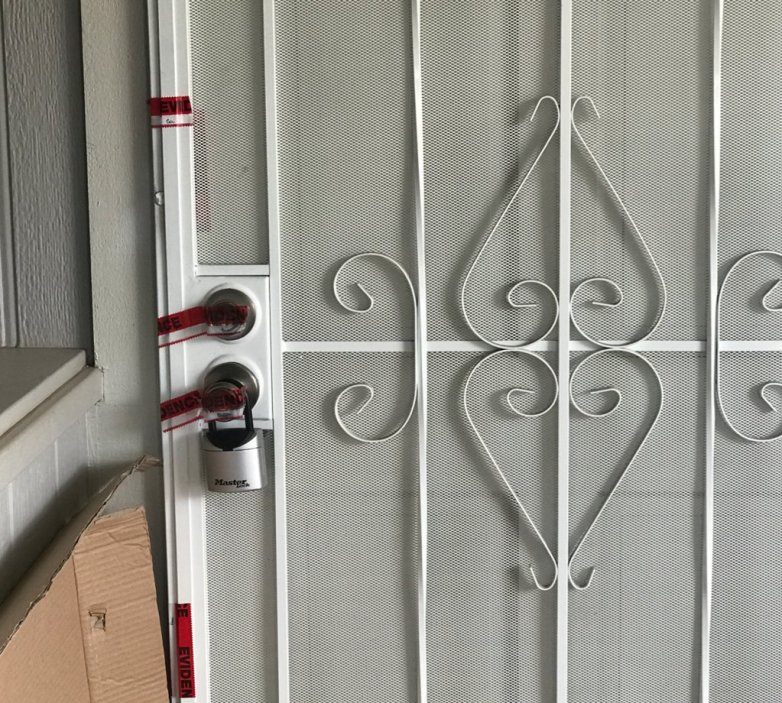 KGMB-TVAccording to KGMB-TV, the FBI sealed off the apartment door of Kang.

According to the affidavit, in March 2017, Kang told a Confidential Human Source or CHS 1 that he had been conducting research on YouTube about the most effective ways to torture people.

“Kang added that he was still angry at a civilian who had taken away his air traffic controller’s license, and that he wanted to torture him. Kang said that if he ever saw him again, he would tie him down and pour Drano in his eyes,” the affidavit reads.

Also in March 2017, Kang told CHS 1 that the Orlando night club shooter, Omar Mateen, did what he had to do and that America is the only terrorist organization in the world. Later that month, Kang said Hitler was right and that he, too, believed in the mass killing of Jews.

He mentioned throughout the investigation to multiple persons that he wanted to provide training for ISIS fighters, according to the affidavit.

It goes on to say, “Kang contributed to the purchase of a drone with the intention that it would be provided to, and used by, ISIS during fighting.”

4. Kang Began Studying the Islamic Faith During One of His Deployments 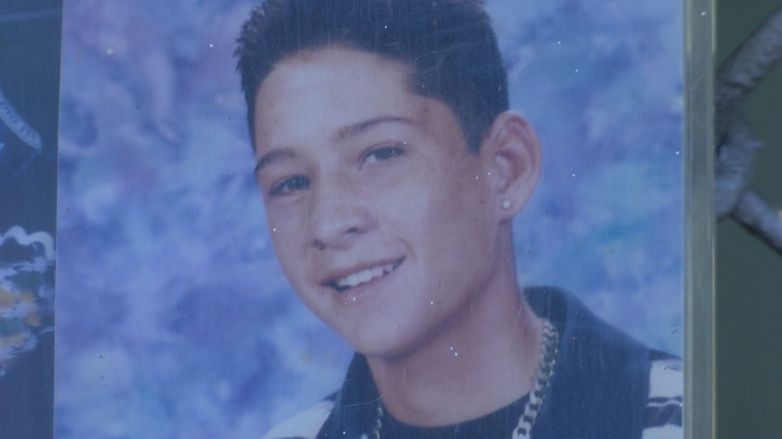 Ikaika Erik Kang told an FBI investigator Hitler was right and that he, too, believed in the mass killing of Jews.

In an interview with the Honolulu Star-Advertiser, Kang’s father, Clifford Kang, said he was stunned to learn about his son’s arrest.

“Nobody told me anything. This is the first time I heard about it.  I’m kind of stunned to tell you the truth,” the elder Kang said.

“I never heard of him being with ISIS.”

Kang told the paper that his son started studying the Muslim faith during one of his deployments and that he had last seen him about two weeks ago.

In an interview with KGMB-TV, Kang said he believes his son may be suffering from PTSD due to his time spent in Afghanistan and Iraq.

“He’s a great kid. He’s not real outgoing, he’s never been, but neither was I,” Kang said. “But other than that he’s a great kid, a normal kid who grew up in Waimanalo.”

He graduated from Kaiser High School in Honolulu back in 2001, according to the local TV station.

Henry J. Kaiser High School is described by the Hawaii State Department of Education as an “International Baccalaureate (IB) World School authorized for its Middle Years Programme and Diploma Programme.”

5. Kang Participated in Mixed-Martial-Arts as Recently as 2013 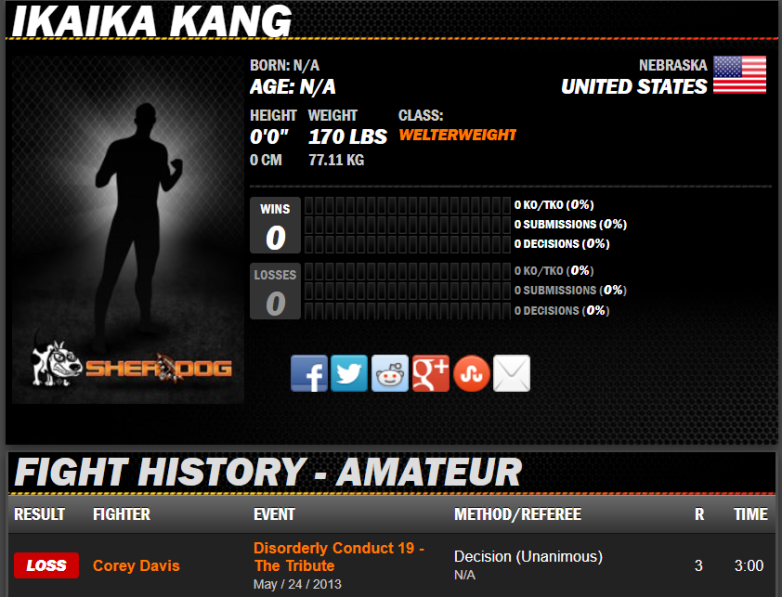 Kang’s father told the Honolulu Star-Advertiser newspaper that during his adulthood, his son became involved in mixed-martial-arts. Kang competed in a few tournaments while stationed in Kansas City.

According to Sherdog.com, Kang lost his one and only amateur fight in May 2013 to Corey Davis by unanimous decision.

The affidavit filed against Kang confirmed his involvement in mixed-martial-arts.

Loading more stories
wpDiscuz
30
0
Would love your thoughts, please comment.x
()
x
| Reply
The FBI has arrested a U.S. soldier stationed in Hawaii for alleged ties to the Islamic State.