Getty Figure skater Tonya Harding waves to cameramen through her car window 15 January 1994 as she and ex-husband Jeff Gillooly drive up to her rural cabin.

Although the movie I, Tonya was about the crime caper that led to the knee-capping of figure skating sweetheart Nancy Kerrigan, it was also a character study of a troubled relationship between a mother and daughter, Tonya Harding and her mother, LaVona Fay Golden.

To put it mildly, Harding’s ex-husband Jeff Gillooly only comes across as one of the villains in the movie, and he pales in comparison to the Mommy Dearest performance that Allison Janney gives as Golden, presenting her as an allegedly abusive, emotionally distant stage mother with a parrot bizarrely perched on her shoulder during interviews. Janney won an Academy Award for the portrayal. On the red carpet on March 4, she said she had watched video footage of the real Golden over and over again before portraying her.

That has a lot of people wondering: Where is Tonya Harding’s mother, LaVona Fay Golden today? Was she as bad in real life as the movie portrays or does it take liberties with her life?

Harding’s mother is still alive, and she has spoken out since the renewed attention on the family, and she denies that she was abusive to Tonya. Furthermore, she says dramatic scenes in the movie, such as one in which Janney whips a knife at Tonya (played by Margot Robbie), plunging it into her arm, didn’t happen in real life. She spoke extensively to ABC News for the Truth and Lies Tonya Harding program that aired January 11, 2018, describing how she worked multiple jobs to further her daughter’s skating career.

Harding and her mother have an estranged relationship. Harding’s mother has claimed that her daughter hates her. According to Inside Edition, Golden said recently, “I didn’t have any problems until she got up into her teens. She hates me. Period. I could never do anything right for her. Nothing.” (Janney did come very close to capturing how the real Golden looks, as well as her eccentricities.)

“I didn’t abuse any of my children,” Golden said to ABC News. “Spanked? Yes, [I] spanked. Absolutely, positively you [have] got to show them right from wrong.”

In the interview with ABC, Golden said that “Harding was the youngest of four children. Harding’s father is Golden’s third husband. She said the family had a modest life together.” She added to the network, “Tonya herself called us trailer trash. We were never trailer trash. We had a beautiful new trailer. We didn’t live in filth or dirt or anything that I would call unusual.”

.@AllisonBJanney was incredible in her Golden Globe nominated performance as Tonya Harding's mom, LaVona. You can see @ITonyaMovie in theaters now https://t.co/SD7a1uSpbh pic.twitter.com/kuhUzmX7Rc

Allison Janney admitted that there were elements of the Harding mother character on film that were fictionalized, saying, of the screenwriter, Steven Rogers, “Unfortunately, Steven couldn’t find the real LaVona Harding. He tried everywhere, everywhere led to a dead end. … The woman you see on the screen, the character that I got to play, was part [Harding’s] version of her mother; part Jeff Gillooly’s version of Tonya’s mother, his mother-in-law for a while; and part artistic license from Steven Rogers, because he didn’t have the real woman; and then me coming in there and doing what I [do], putting my spin on it.”

Golden might not like the way she appears on film, but Harding liked the portrayal, Janney said. “She came up to me … and said, ‘Wow, you were my mother. You played her perfectly,’” Janney told ABC. “I just almost wanted to cry because I felt so bad.”

How would she describe Golden as a mother, Harding was asked by ABC in the special? “Not a good one,” Harding said, claiming that her mother would drink a lot when she was growing up (Golden said she put brandy flavoring in it, which didn’t make her drunk.) Golden was described as a mother who put her daughter down to get her to perform. Old clips showed Tonya accusing her mother of abuse when she was young, and she reiterated those claims on ABC.

“She did it on a regular basis,” Harding claimed to ABC. She said there wasn’t a day of the week that she didn’t get beaten. 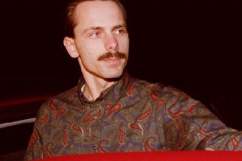