There were reports out of Shanghai, China on February 1, 2018 that a van had rammed into pedestrians in a possible suicide attack near a Starbuck’s coffee shop that left as many as 18 people injured. A widely circulated video on social media showed a horrific scene of bodies strewn along a sidewalk. Be aware that some of the videos and photos from the scene, which you can see below, are graphic and disturbing.

CNN reported that the incident occurred when a man named Chen, age 40, “lost control of his vehicle.” According to CNN, police said that Chen, “a worker at a Shanghai metal product company, was smoking and driving while carrying hazardous material ‘illegally.'”

“A car plowed into pedestrians in downtown Shanghai Friday morning, leaving 18 hospitalized, 3 of them severely injured, local authorities say. Cause is still under investigation,” People’s Daily China reported. CNN International reported that the Chinese government had confirmed an incident occurred. “The van mounted the sidewalk at a busy intersection in downtown Shanghai around 9 a.m., knocking down pedestrians,” CNN wrote, attributing the information to the government.

#BREAKING: A car plowed into pedestrians in downtown Shanghai Friday morning, leaving 18 hospitalized, 3 of them severely injured, local authorities say. Cause is still under investigation. pic.twitter.com/jhTaIYWFnd

The modus operandi – a vehicle mowing down innocent bystanders along a busy thoroughfare – has been seen throughout European cities in recent years. In the European cities, ISIS claimed responsibility for the attacks. The reports of a possible Shanghai attack hit social media before they were confirmed by authorities. Bridget O’Donnell, a writer based in Shanghai, wrote on Twitter, “Explosion appears to have taken place this morning at People’s Square in Shanghai after a van drove towards a Starbucks and caught fire. 18 in hospital and 3 seriously injured.” However, the Shanghai incident is being described as an accident, not a terrorist attack.

Van plowed into pedestrians in Shanghai. Several dead, many more injured. Gas tanks were found in the van. pic.twitter.com/vekaMJQmQ9

“Van plowed into pedestrians in Shanghai. Several dead, many more injured. Gas tanks were found in the van,” another Twitter user wrote. Another man posted a horrific video and said several people were deceased at the scene. NGS Global Travel wrote on Twitter, “#Shanghai Initial reports of van hitting multiple pedestrians on Nanjing West Road before crashing. Reports of gas canisters on fire in the rear of the van. Casualties reported. Emergency services in attendance.”

Van plowed into pedestrians in Shanghai. Several dead, many more injured. Gas tanks were found in the van. pic.twitter.com/T9O5qZXt1Z

Jamie Tarabay, who says on Twitter that she writes for CNN, noted, “BREAKING: A van bearing foreign license plates plowed into a crowd in Shanghai, seriously injuring several people. The vehicle is said to have contained several gas bottles. @cnni reporting on developing story. #Shanghai #china.”

A Twitter user named Wenshixiu wrote, “At about 9:15 today, there was a suspected suicide attack at the gate of the People’s Park in Shanghai Nanjingxilu and Huangbei North Road. A field licence van deliberately crashed into the crowd, causing many serious injuries. The vehicle is fitted with multiple liquefied gas cylinders.”

Other social media users also posted videos. They showed the van in question on fire.

The New York Times reports that Starbucks has seen China as a growth market, opening 500 new coffee shops per year and establishing many shops in Shanghai.

Some Twitter users also posted photos from the scene.

This post will be updated as more is learned about the incident. 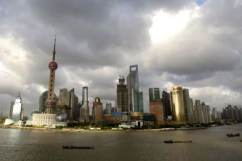 Loading more stories
wpDiscuz
0
0
Would love your thoughts, please comment.x
()
x
| Reply
There are reports of a possible Shanghai terror attack in China at People's Square outside Starbucks.