A controversial judicial nominee to the federal appellate court has withdrawn his nomination ahead of a Senate vote after losing the support of at least two Republican senators, Senate Minority Leader Mitch McConnell announced. Ryan Bounds, a federal prosecutor from Oregon, had been nominated by President Donald Trump to fill a vacancy on the 9th Circuit Court of Appeals.

Bounds’ nomination was forwarded to a confirmation vote by the Senate Judiciary Committee, but after past writings, including about race and sexual assault, were scrutinized, he lost the support of Republican Senator Tim Scott, of South Carolina. Scott, who is black said he could not support Bounds’ nomination if a vote was held Thursday, according to The Hill. Florida Senator Marco Rubio joined his Republican colleague in saying he would vote against Bounds, according to The Daily Beast. McConnell then withdrew the nomination.

Oregon senators Ron Wyden and Jeff Merkley, both Democrats, had blasted Bounds on the Senate floor Tuesday night, saying no judge has ever been confirmed without the support of their home state senators. The Democratic senators said Bounds was part of an effort by the Trump administration to pack the court with “extremist” judges. Wyden and Merkley said Bounds did not disclose his college writings about sexual assault, the rights of workers, people of color and the LGBTQ community, according to The Oregonian. Bounds’ controversial papers were written at Stanford University, where he co-founded “The Thinker,” which published political opinion pieces, according to The Vetting Room.

“No judge until now has ever been confirmed by this body not having received a single blue slip by a home-state senator,” Merkley said during his Senate floor speech, according to The Oregonian. Wyden said voting for Bounds, “trampels on a century-old tradition of collegiality among senators.”

Bounds wrote that multicultural organizations on the Stamford campus, “divide up by race for their feel-good ethnic hoedowns,” and said those groups should be discontinued, according to Alliance for Justice. The AFJ report also found, “Bounds wrote critically about ‘strident racial factions in the student body’ and their work to ‘build tolerance’ and ‘promote diversity.’ He went on to claim that the efforts of these students ‘seem always to contribute more to restricting consciousness, aggravating intolerance, and pigeonholing cultural identities than many a Nazi bookburning.'” The AFP report also found:

– Using racist and offensive language, Bounds claimed that there were communities on campus who believed that the ‘opponent is the white male and his coterie of meanspirited lackeys: ‘oreos,’ ‘twinkies,’ ‘coconuts,’ and the like.’

– Bounds wrote condescendingly and dismissively about sexual assault on campus and argued that to identify and punish alleged perpetrators, the university should maintain the ironclad ‘beyond a reasonable doubt’ standard of proof used by law enforcement. He wrote: ‘Expelling students is probably not going to contribute a great deal toward a rape victim’s recovery; there is no moral imperative to risk egregious error in doing so.’

– Bounds decried ‘sensitivity’ towards racial minorities and the LGBTQ community, and activism by those communities as a ‘pestilence’ that ‘stalks us’ and ‘threatens to corrupt our scholastic experience.’

Bounds apologized before the Judiciary Committee in May for the “often highhanded and overheated tone” of his Stanford writings, saying, “The intentions behind those articles were always to see greater tolerance and mutual understanding on campus – that was always my aim,” according to The Oregonian.

Bounds, a 45-year-old Oregon native, attended Hermiston High School, graduated from Stanford in 1995 and then from Yale Law School in 1999. He clerked for Judge Diarmuid O’Scannlain on the Ninth Circuit from 1999 to 2000, before working from 2000 to 2004 as an associate at Stoel Rives LLP in Portland. He has been a member of the Federalist Society since his law school graduation and was the vice president of the Yale Federalist Society.

From 2004 to 2007 he was a deputy assistant attorney general and chief of staff in the Office of Legal Policy at the U.S. Department of Justice. Bounds was then a Special Assistant to the President for Domestic Policy at The White House from 2008 to 2009. He returned to Oregon in 2010 and became an assistant U.S. Attorney in the U.S. Attorney’s Office for the District of Oregon, a position he currently holds. He was nominated to the Ninth Circuit appellate court by President Trump in September 2017 to fill the seat vacated by the retirement of O’Scannlain.

Bounds is married and has a young daughter.

On Thursday, Merkeley tweeted, “Success! Ryan Bounds never should have been nominated or moved to the Floor. I’m glad the Senate stepped back from the brink today.”

Wyden said in a series of tweets, “Gratified the Senate came to its senses today & that long-time, proven practices of bipartisanship for judicial nominations > partisan efforts to force through a deeply flawed and compromised nominee. Ryan Bounds flagrantly misrepresented his background, lying to cover up disturbing, intolerant writings from his past & in my view, that means he’s disqualified from sitting on the federal bench. Here’s the bottom line: today, constant pressure against a bad nominee won out.”

He continued, “I’m the child of Jewish refugees who fled Nazi Germany. To read what Mr. Bounds wrote was a slap in the face & I imagine there are millions of people across the country who would feel the same way. That’s why @senJeffMerkley & I withheld our blue slips from his nomination. Republican leaders tried to throw out 101 years of bipartisan Senate tradition to seat a deeply flawed nominee on the federal bench. Today’s victory was a red-letter day in the Senate. I want Chairman @ChuckGrassley, Ranking Member @SenFeinstein and the administration to know that I am ready and willing to work with them on finding a nominee who deserves a seat on the Ninth Circuit.” 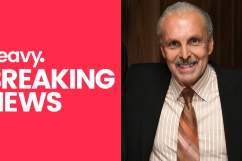 Read More
Breaking News, Politics
Ryan Bounds, a controversial judicial nominee who was awaiting Senate confirmation to the 9th Circuit Court of Appeals, has withdrawn his nomination ahead of a vote.