Dr. Eric Coomer is the director of product strategy and security and a vice president of Dominion Voting Systems, the election service company that has become a hub for conspiracy theories around the presidential election. Many conservative pundits and conspiracy theorists, along with the president himself, have pushed the unsubstantiated claim that Dominion altered the election results in some way on behalf of President-elect Joe Biden. Now, they’re turning their sights on Coomer.

Earlier this week, President Donald Trump pushed the unsubstantiated claim that Dominion “voting glitches” were responsible for a change in vote counts in pivotal counties in Georgia and Michigan. Jack Nicas debunked this claim for The New York Times:

The Dominion software was used in only two of the five counties that had problems in Michigan and Georgia, and in every instance there was a detailed explanation for what had happened. In all of the cases, software did not affect the vote counts.

On Thursday, the president retweeted another baseless claim about “election fraud” with Dominion Voting Systems, via a tweet from One America News Network, which alleged the software “deleted 2.7 million Trump votes nationwide,” citing “data analysis” as proof of this fraud.

Now, Coomer is the latest to get caught up in the conspiracy theories surrounding Dominion. Many of the posts mentioning Coomer lead back to a website called Gateway Pundit, which purports to be “one of the top conservative news outlets in America.” The site, founded by a man named Jim Hoft, features a special section called “ProTrumpNews.” “We report the truth — and leave the Russia-Collusion fairy tale to the Conspiracy media,” the site’s masthead reads.

In a Friday morning post, Hoft shared a YouTube video (embedded below) of Coomer speaking at an Illinois State Board of Elections meeting in August of 2016 about perceived vulnerabilities in Dominion’s systems.

Coomer Has Filed a Number of Patents for Dominion Voting Systems

According to Justia Patents, Coomer has filed a number of patents on behalf of Dominion Voting Systems. He and several other employees filed 12 patents from 2012 to 2014 on behalf of the voting software, the majority of which have to do with “ballot adjudication in voting systems utilizing ballot images,” and other systems and measures aimed at increasing security and accuracy around ballot tracking, printing and processing.

Coomer has been a vice president of Dominion Voting Systems since 2010.

Eric entered the elections industry in 2005 as Chief Software Architect at Sequoia Voting Systems.  He joined Dominion in 2010 as Vice President of U.S. Engineering, overseeing development and later named Director of Product Strategy and Security to drive the creation of next generation products, while focused on the changing landscape of cybersecurity threats and responses. Eric graduated from the University of California, Berkeley with a Ph.D. in Nuclear Physics.

Coomer Has Been Director of Product Strategy Since 2015 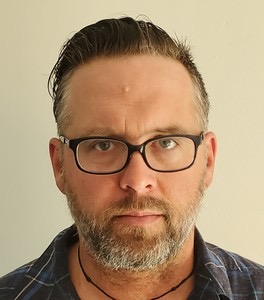 According to the minutes for a Dominion Voting Systems meeting for the state of Colorado, Coomer has been director of product strategy for the election services company since 2015.

Per the minutes, Coomer’s focus in this role has to do with “driving the creation of next generation products through close collaboration with customers, combined with a deep understanding of technology and the needs of Election departments throughout the United States.”

Eric has been an active participant in the development of the IEEE common data format for election systems, as well as the working group for developing standards for Risk-Limiting Audits for election results. When not designing new products, Eric supports large and small-scale customers during Election season.

Loading more stories
wpDiscuz
0
0
Would love your thoughts, please comment.x
()
x
| Reply
Eric Coomer is a Dominion Voting Systems employee who has gotten caught up in unsubstantiated theories of fraud around the presidential election.