Lauren Pefferle is an Oregon special education assistant who wore blackface to dress as Rosa Parks at Mabel Rush Elementary School in Newberg in a protest against vaccine mandates. Pefferle was identified as the school employee by The Newberg Graphic. The school district has mandated the COVID-19 coronavirus vaccine for all staff members, with limited medical and religious exemptions, the newspaper reports.

“Last Friday, one of our employees reported for work in Blackface. The employee was removed from the location, and HR has placed the employee on administrative leave. The administration of Newberg Public Schools condemns all expressions of racism,” Newberg Public Schools said in a September 20, 2021, press release. “It is important to remember how Blackface has been used to misrepresent Black communities and do harm. We acknowledge the violence this represents and the trauma it evokes regardless of intention.”

The 41-year-old Pefferle staged her protest against vaccinations on September 17, 2021, the school district said. The district did not name Pefferle.

Here’s what you need to know about Lauren Pefferle:

1. Pefferle Told Another Staff Member She Darkened Her Face With Iodine to Look Like Rosa Parks

The newspaper wrote that Pefferle “darkened her face with iodine.” No photos or videos of Pefferle in her Parks’ costume have emerged. Pefferle does not appear to have any public social media pages and has not made any statements about her intentions.

At a press conference, Gregg Koskela, told reporters no students witnessed the incident, according to The Oregonian. Koskela did not comment on the specific case, but said, “Our range of responses does include termination as an option for certain situations.” 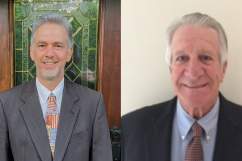 2. Pefferle Works as a Special Education Assistant at the Elementary School & Previously Worked at Another School in the District

Pefferle works as a special education assistant at Mabel Rush Elementary School in the Newberg school district. Further details about her employment, including how long she has worked for the school district, were not immediately available.

Pefferle previously worked at another school in the Newberg district, also as a special education assistant, according to the district’s directory. She worked in the Learning Resource Center at the Antonia Crater Elementary School, the district’s website shows.

The school district said in a statement, “Each incident report is always taken seriously as we diligently follow our policies to investigate and take appropriate action,” the school district said in its press release. “We continue to work towards a safe and welcoming environment in our schools that is free from bullying, and reduces mental, emotional, and physical harm. Blackface has no place in our schools, and we are committed to the work of created spaces where every student belongs as we move forward together in our mission of educating students.”

Pefflerle, a divorced mother of two children, has lived in Oregon for several years and previously lived in California and Las Vegas. She could not be reached for comment by Heavy and she has not commented publicly.

According to public records, Pefferle started a failed restaurant in Beaverton, Oregon, in 2014 called The Clean Cafe. She first registered the company herself, in 2014, and then had a lawyer register the business again in 2015, but it was closed as of 2016, records show.

The Clean Cafe’s Facebook page states, “The Clean Café desires to serve tasty food/drinks free of gluten…with organic and raw options.” The page adds, “Do you or someone you know have a hard time eating in a healthy way? No need to worry at The Clean Café. We offer healthy meals, shakes, and smoothies at a reasonable price!”

Newberg Public Schools’ Superintendent Joe Morelock said in a statement, “We’ve seen some dehumanizing and deeply disturbing expressions of racism in recent days involving our district. As always, our deepest concern is for the wellbeing of our students and our staff. Every day, we work toward building an environment where every student is welcomed and safe, and where there is absolutely no tolerance for racist or bullying behavior.”

He added, “I am horrified, angry and ashamed that this happened, as is nearly every other staff member. The students of color in Newberg deserve so much more. This goes against everything I and the vast majority of NSD staff believe, and is unfathomably offensive.”

Morelock said, “If we had the power to entirely eliminate deep-seated racism, we would in a heartbeat. But the painful truth is that clearly, racist behavior exists in our town, in our state, and our world—not just in the major and overt ways we’ve seen recently, but in subtle ways that affect people of color every single day. We must interrupt and respond; we must do better.” He continued:

It is important to remember the terrible historical context of Blackface: how it has been used to misrepresent and demean Black communities, and how much harm and pain it continues to cause. This behavior represents violence and evokes trauma; it is beyond unacceptable.

It is also important to acknowledge that references to our nation’s horrific history of the slave trade, which were made in the recent social media incident, have devastating consequences to our students whom we love and serve. It, too, is beyond unacceptable.

Each incident report is always taken seriously as we diligently follow our policies to investigate and take appropriate action.

Morelock said in his statement, “In this context, we say again that Newberg Public Schools and its staff condemn racism in all its forms in the strongest terms possible. Our administration and staff are working hard to create schools where each and every student belongs, as we move forward together in our mission of safely educating students.”

Tai Harden-Moore, a Black former school board candidate and parent, told The Newberg Graphic, “This makes sense only because we have our county commissioner, Mary Starrett, who drew that line between vaccine mandates and Jim Crow. That was only a couple months ago. Our county leadership is saying basic public health measures are akin to Jim Crow. There is a line between our political leadership and something like this happening. Our leadership matters.”

5. The Newberg School District Has Been Dealing With Several Controversies Around Race, Including a Racist ‘Slave Trade’ Snapchat Group

Deleted earlier Tweets on this subject to clarify a few details.

A group of students at Newberg High School allegedly created a Snapchat group called “slave trade” where they joke about auctioning off Black classmates as slaves.

The incident involving Pefferle is the latest controversy the school district has dealt with. In early September, the conservative-controlled school board declined to rescind a policy banning Black Lives Matter and LGBTQ Pride displays from the district’s schools, The Newberg Graphic reported. According to the newspaper, the policy has drawn concern and protests from the ACLU and the local teacher’s union. Morelock, the superintendent, told the school board he has been advised the policy is illegal.

Our school district has been in the news a lot lately. It adds a lot of stress for everyone, and I have concern for our students and staff. I want to remind us all that we are not the sum total of news headlines. We are people, and I believe that we’re all better off when we’re working together on these difficult issues and when treating each other with respect.

With regard to the social media incident that involved students at Newberg High School, I want to make it clear that racist and bullying behavior has no place in our schools or community. We are grateful to students and others who reported the incident. As Principal Erion wrote yesterday, we are taking this matter extremely seriously — we will investigate all involved and follow our policies for any disciplinary action. (By law and for student privacy, we cannot share the results of any disciplinary action taken.) We also are utilizing our systems of support for all students negatively affected by this and other bullying behavior. Thank you to our high school administration and counseling staff who are taking the lead, and to staff in all our schools.

Morelock said in his statement after the Pefferle incident, “When harmful actions like this come to the surface and the traumatic impacts of those actions are recognized, we all, children and adults, can work toward improving the environment and the supports we employ for each and every student, no matter their identity. I am absolutely committed to doing that work. Let’s do it together.”

READ NEXT: Woman Accused of Coughing on Mom & Daughter at Grocery Store Is Fired