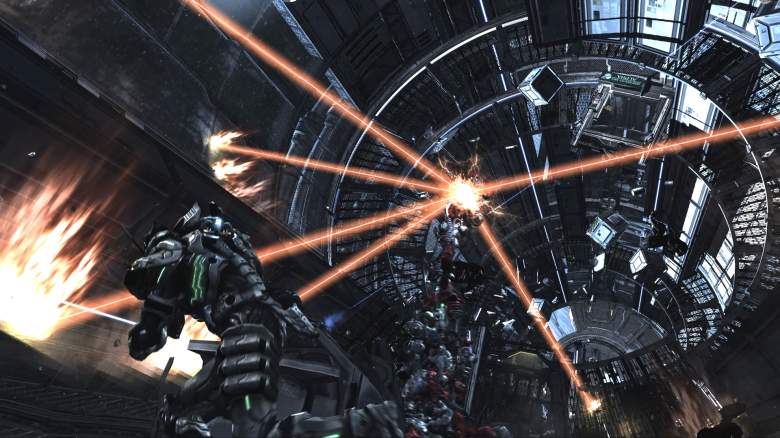 After teasing and teasing, Sega has finally announced that Vanquish is coming to Steam. Vanquish will be following in the footsteps of Bayonetta as the latest title that is receiving a PC port.

SEGA made the decision to bring more of its games to PC in recent years and Bayonetta and Vanquish brings the number of games ported to double digits joining the likes of Valkyria Chronicles and Sonic Adventure 2.

Vanquish was headed by Shinji Mikami of Resident Evil fame and will bring the sci-fi shooter to PC with an unlocked framerate, unlocked HD resolutions and extensive graphics options.

It’s likely going to be the same graphics options we had with the Bayonetta PC port, which was a pretty flawless port itself. Here are the system requirements you’ll need to run Vanquish at a desirable level:

The game will likely still run on older hardware since it is a port of an Xbox 360 and PS3 title. The requirements are only asking for a low to mid-end rig but you can likely push the boundaries even further since this title is so old. The PC version of Vanquish is being marketed as the definitive way to play, the same went for Bayonetta.

Owners of Bayonetta on Steam are treated to a 25 percent discount on Vanquish, which is a nice nod to fans who have supported Sega’s PC ports. Steam is also offering the digital deluxe edition which comes with the following items:

In the future, we’d really like to see a release of Bayonetta 2 on PC but it doesn’t seem likely at the moment since it is a Nintendo published title. With the success of Bayonetta, it’s likely Bayonetta 2 would have a similar reception, especially since not many people experience the Wii U version.

Vanquish unlocks May 25 and will cost $20, or $15 for Bayonetta owners and it is now up for pre-order on Steam. If you haven’t already ​picked up Bayonetta for Steam, then you can grab a 17 percent off discount at Bundle Stars right now. After the purchase you’ll also receive a voucher code which gives you an even greater saving on Vanquish.