During the Japanese Fighting Games Publishers Roundtable, Tekken 7 director Katsuhiro Harada let the gaming world know that his game is getting another season of new content.

Now we all know that later this fall, Tekken 7 will introduce new moves for each character, online play enhancements, and an all-new “Tekken Prowess” feature that displays each player’s online strength. And as expected, a whole new season for a fighting game means new characters will join the roster. Tekken 7 already teased one of those incoming characters, but our gut says that there are even more roster additions on the way. Seeing as how this may be the final batch of fresh content to be added to the game, we’d love for it to go out with a bang.

Here are the four combatants that need to become a part of Tekken 7’s fourth season of upcoming content. 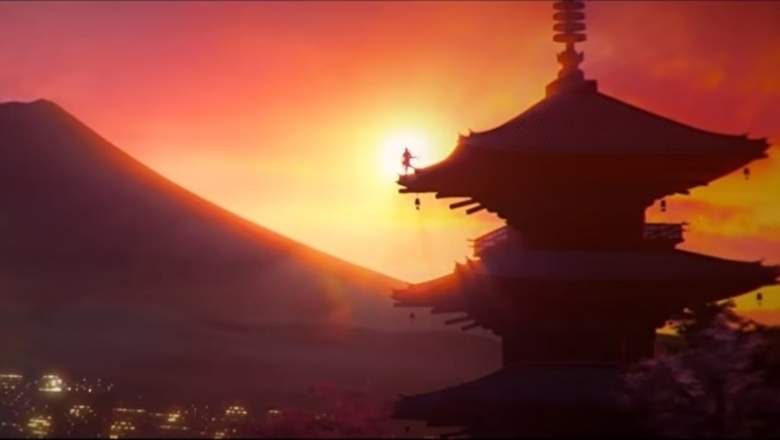 This one’s pretty much a given. At the tail end of the Tekken 7 Season 4 trailer, we got a pretty intriguing teaser. That piece of footage showcased a shadowy figure standing atop a traditional Japanse structure that happened to be overlooking a modern city. That same figure had the outline of a woman who definitely gave off ninja vibes. If you consider yourself a hardcore Tekken fan, then you most likely had a clear idea of who that mystery fighter is.

All signs point to that character being Yoshimtsu’s longtime rival, the super agile kunoichi known as Kunimitsu. The last time we got to take her into battle was Tekken Tag Tournament 2, which gave her a wider signature moveset that further differentiated her from her male ninja counterpart. Tekken 7 has gone out of its way to throw in characters who were once a carbon copy of other characters and set them apart to make their roster inclusion more worthwhile. All Tekken 7 needs to throw the Tekken Tag Version 2 version of Kunimitsu into the fray, give her even more brand new maneuvers to utilize, and bless her with a bunch of flashy attires. Kunimitsu’s current-gen arrival in Tekken 7 is a must at this point. 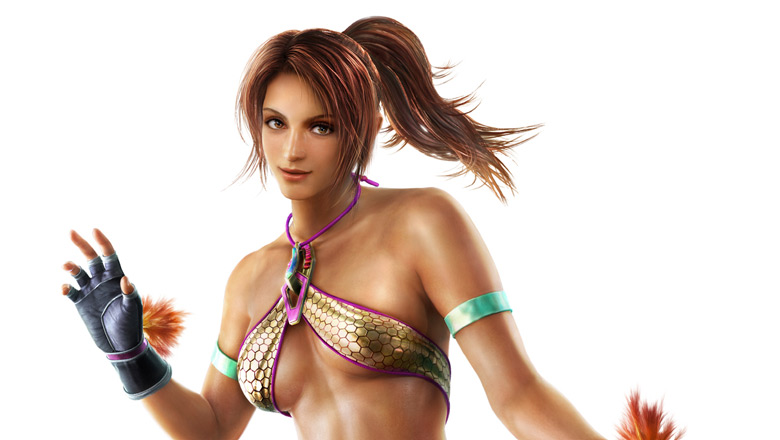 There was a point during Tekken 7’s long development cycle where it seemed as if the franchise’s popular Brazilian capoeira fighter Eddy Gordo wasn’t going to make it. Fans cried foul when it looked as if Lucky Chloe was going to be his permanent replacement. Thankfully, Eddy ended up joining the game’s final launch roster after all and stayed just as deadly (and annoying) as ever. Now’s the time for his fellow capoeira master to trip up the rest of Tekken 7’s massive roster.

Like we mentioned beforehand, Tekken 7 has done a masterful job of making characters who were once similar entirely different from one other. King and Armor King may look the same in some aspects, but their different approaches to battle make them stand apart from each other. The same process can easily be applied to Eddy and Christie. Christie has the capacity to expand her dance-centric martial arts repertoire and quickly rise to the ranks of Tekken 7’s high-tier killers. Now’s the perfect time to get her back into the Tekken ring. 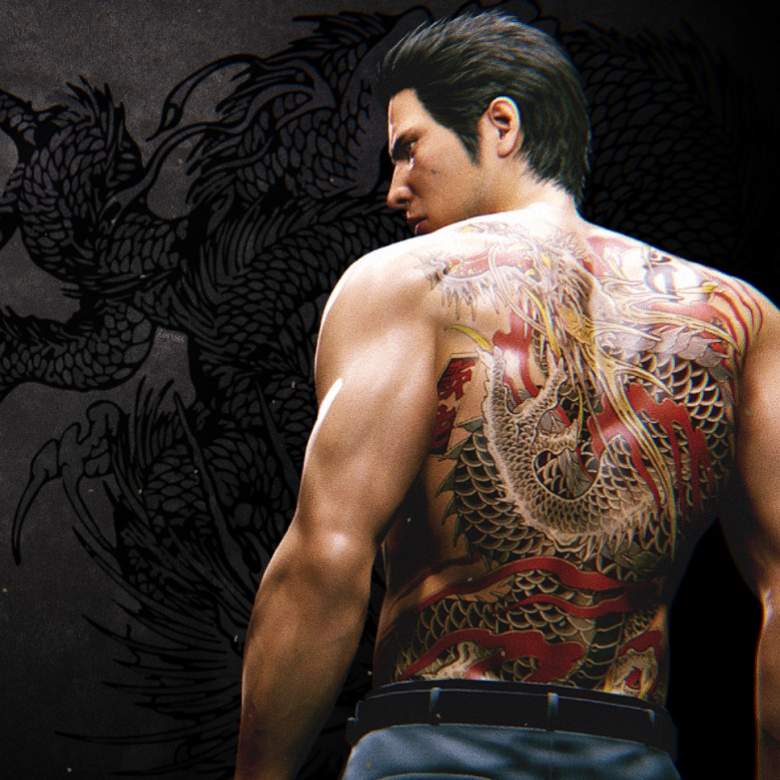 Tekken 7 has done a commendable job when it comes to featuring guest characters. Final Fantasy XV’s Noctis Lucis Caelum, Fatal Fury’s Geese Howard, and even The Walking Dead’s Negan ended up fitting the game’s combat mechanics much better than expected. We’re totally fine with Tekken 7 finalizing its enormous roster with two more highly requested guest combatants. For fans of the Yakuza series, they’ve witnessed its main protagonists’ jaw-dropping brutality through several quality entries. All the way Yakuza 0 to Yakuza 6: The Song of Life, the famed “Dragon of Dojima” has beaten the breaks off of random street thugs and rival gang members with ease. We’d totally be down to see him deliver those same beatdowns in Tekken 7.

Not only would we like to see Kazama Kiryu make his way into Tekken 7, but we’d also love to see him come in with a stage based on Yakuza’s main locale of Kamurocho. Translating Kazama’s huge list of devastating moves into Tekken 7’s huge array of air-combo maneuvers would be the perfect match. It’d be pretty cool if he got the chance to pull out random weapons during his combo strings – just imagine crushing your rivals over the head with a street cone or steel bat at the end of a long combo! As for his Rage Art and Power Crush moves, there are so many dope moves to lift from Kazama’s vast move list. We’d flip pour lids if a Tekken 7 reveal trailer for Kazama showed him ending his opponent’s life with a devastating Heat Action! 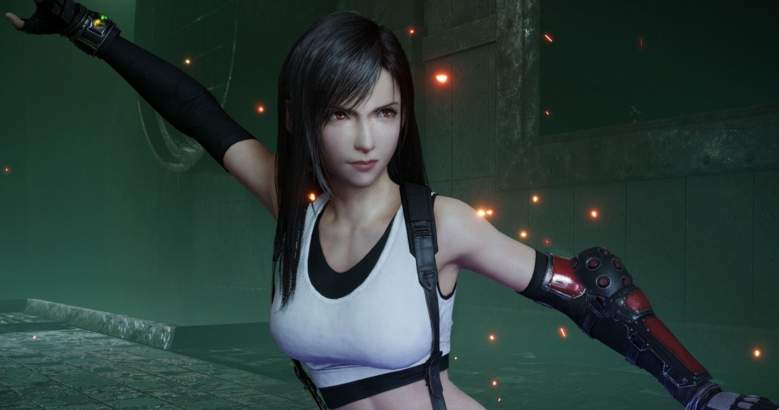 The second new guest character that would amass all sorts of hype is everyone’s favorite Final Fantasy VII waifu, Tifa Lockhart. The release of the first part in the Final Fantasy VII Remake project increased her popularity tenfold. And thanks to the redone visuals and real-time combat system of that game, players got to see Tifa’s flashy martial arts get realized in their full glory. Those same moves would fit like a glove (no pun intended) in Tekken 7. Getting the opportunity to pull off Tifa’s Whirling Uppercut, Oministrike, and Rise and Fall maneuvers in a fighting game not called Ehrgeiz would be amazing. And relegating her Dolphin Flurry and True Strike to a Rage Art and Crushing Move makes the most sense style-wise.

Tifa’s inclusion in Tekken 7 would put a nice final bow on the Tekken 7 package as a whole. And sending her into the long-running fighter with a signature stage based on the Corneo Colosseum would be the perfect extra gift. When it comes to the topic of alternate costumes, it’d make all the sense in the world for Tifa to arrive with all three of the outfits she could sport during the Corneo girlfriend selection sequence. Getting access to all those glove attachments would also make her Tekken 7 customization options even better. Simply put, Tifa Lockhart making her way into Tekken 7 would certainly make our day.