Everybody loves kung-fu fighting, right? Especially when it’s as a member of the famed Cobra Kai or Miyagi-Do dojos.

In Boss Team Games’ newest mobile release, you’ll get to participate in all the karate fun. And the manner in which you’ll be handing out lethal punches and kicks is via cards in Cobra Kai: Card Fighter. The developers clearly know a thing or two about staying on top (they made the game, after all). Which is why they linked up with us to provide some sage advice for incoming card battlers who thirst for victory. This developer-curated tips guide will show you all the know-how needed to dominate whomever steps in your way.

Here are the top 10 tips, tricks, and cheats you need to know for Cobra Kai: Card Fighter:

• One of the main strategies behind Cobra Kai: Card Fighter is anticipating what moves your opponent plans to use against you and what level of strength it is (note: each character has a move type they are more proficient with, e.g., Miguel has strong kicks). During the card selection stage, try to aim for the higher leveled cards and have a variety of moves in your hand and of course, cards that will enable you to pull off each character’s Specialty Combo. Always remember – kicks beat punches, punches beat grabs, and grabs beat kicks. 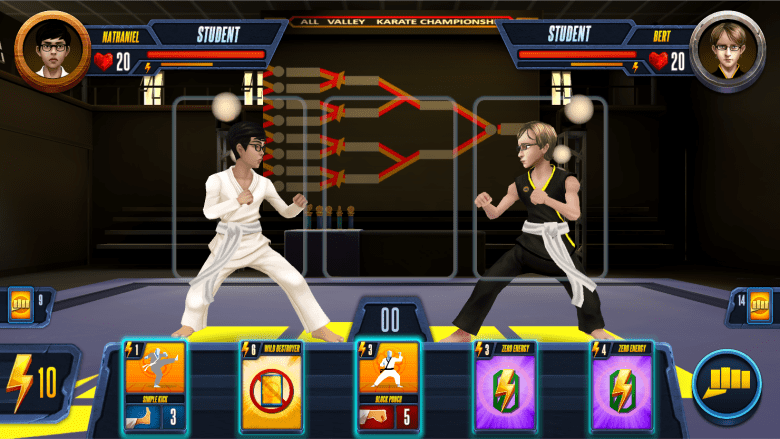 • Just like managing your stamina in a real karate match to outlast your opponent, make sure you try to have an energy card handy for use when your energy meter starts to dip below your opponent’s. Additionally, if the luck of the draw for your cards isn’t to your liking, swipe left on one to discard it and gain half its energy. If you can outlast them your victory is in sight. 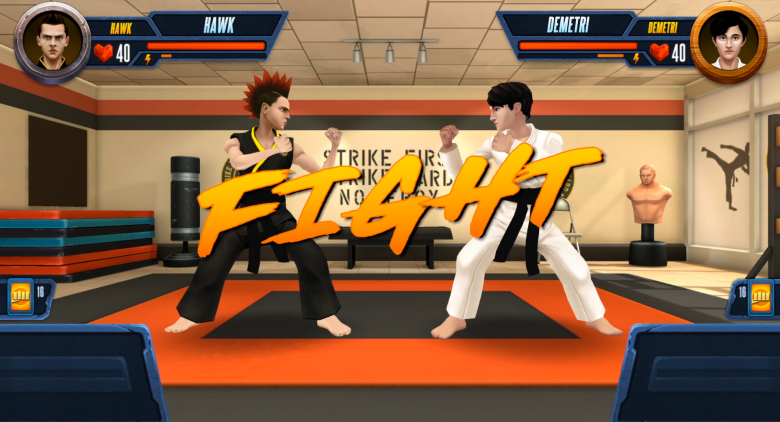 • Tap and hold on to the opponent’s character icon while in battle to see what their specialty combo is and try to keep those moves in mind when you select your cards for that round of play (more on that later…).

4. Know When to Hold’em (You Don’t Have to Play Three Cards)

• Don’t have a good hand, or want to set up a combo? It’s possible to play fewer than three cards in a turn. Not playing a card means if an attack happens at the end of a sequence, it won’t get countered, but it can serve as a way to fake out opponents and punish enemies who use too many cards too early.

5. Eyes on The Prize

• Are things moving too quickly for you to keep up? Try tapping and holding on cards, status effects, and the playing characters to get a better idea of what the best move to use is, when to be defensive, and what your opponent is capable of. Never underestimate your opponent.

6. Victory Doesn’t Have to be Flawless 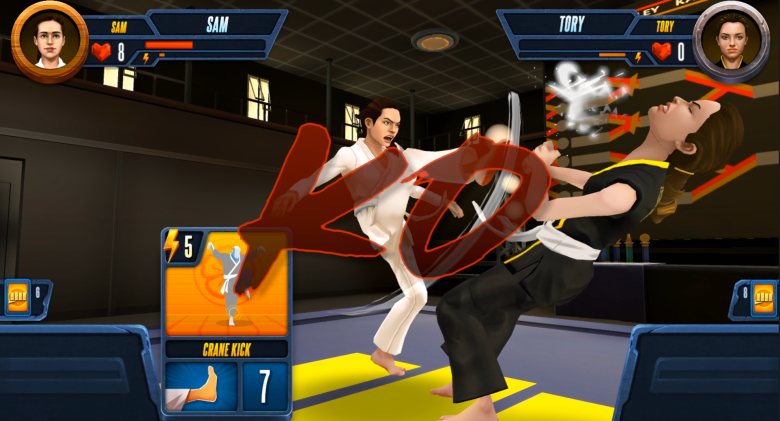 • Don’t be surprised if you take damage after playing a health card. Don’t be discouraged, either – that heal did exactly what it was supposed to do and it keeps your fighter standing for another round. Every attack they use now is one more you have in the next round to punish them.

7. Keep Card Colors in Your Mind 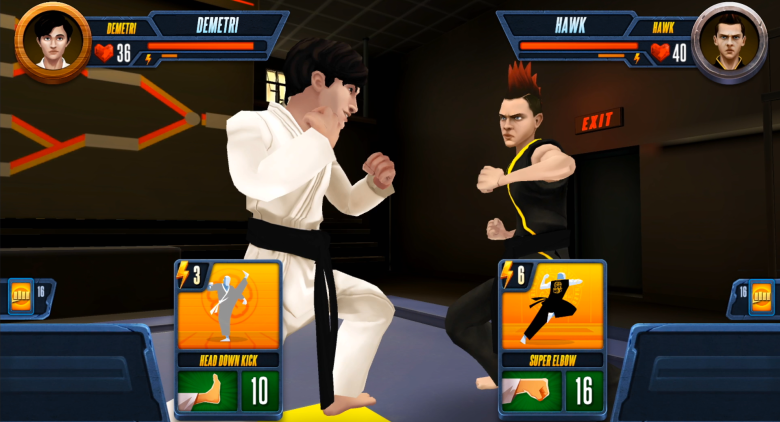 • It’s not just about finding the right counters to your opponents but maximizing your moves. Don’t have the right cards for your character’s Specialty Combo? Playing three cards of the same color will execute a color combo that might be the better move. Oh and by the way, those specialty combos? Try and get each of those cards to be the same color.

• Every character has their own specialty combo. Getting the right cards at the right time can set you up to end your turn with double the damage and leave your opponent flat on the mat. But never forget! They have the same trick up their sleeve, so always be on your guard. 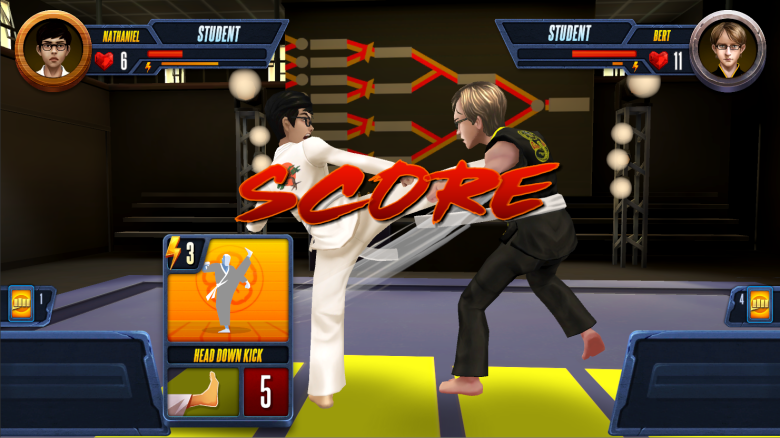 • You know how many of a certain card your opponent has and what combos they’re trying to set up. They also know the same about you. Keep that in mind as you set up your strategies, as they might try to play to counter your combos and your deck composition. Zigging instead of zagging at the right time could earn a victory. Remember – only the LAST card in your combo needs to hit. 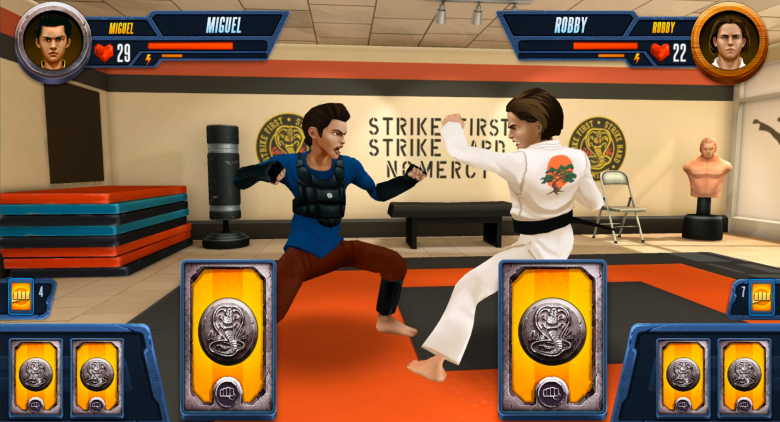 • Another key to knowing what the enemy might use is to monitor their energy. If they’re low, they’re more likely to throw out low-damage attacks and to try and raise their energy. If you’re going to turn the tides of battle, this might be the time or a chance for you to recover as well; likewise, if they are stockpiling energy, be on the lookout for some high damage cards or potential combos.