Now that Fortnitemares is done and over with, fans can now focus on what’s left of Fortnite Season 8 and what it means for the plot going forward.

There’s a growing theory that suggests Season 8 will be the last we see of Chapter 2, and what comes after it will be a new chapter entirely. As of right now, there’s not a ton of information out there to back that up, but Fortnite streamer SypherPK has said he’s received information suggesting otherwise.

On November 3, we got yet another tease to look forward to, this time from the chief creative officer at Epic Games, Donald Mustard. He didn’t tweet anything, but this time the tease comes from his Twitter header.

Typically, right before or right after a new season starts, you’ll see Mustard update his location on Twitter as well as his header image, so this change means something big is on the horizon. The only thing is we don’t know exactly what’s happening, so let’s just take a look and do some speculating.

And the bio is "Reality Zero" pic.twitter.com/E05CCnDTTU

As pointed out first by HYPEX, Donald Mustard has changed his banned to a picture of the Zero Point, which would seem to indicate that we aren’t done seeing this little ball just yet.

The Zero Point has had an interesting journey in Chapter 2, with Galactus trying to consume it at one point and then it just spending an entire season exposed in the center of the map.

This glowing ball has a lot to do in Fortnite, and everybody who has been paying attention to the plot so far knows just how important it is.

Most recently, we’ve seen it used as the catalyst for Batman coming over to the world of Fortnite. It was revealed in that miniseries that there’s a link between the DC Comics universe and Fortnite, something that Doctor Slone will be taking advantage of often in the future.

We’ve even see The Batman Who Laughs appear in Fortnite as a result of that. We don’t know what else the future holds for the Zero Point other than the fact that it can’t be good.

What to Expect Next Season 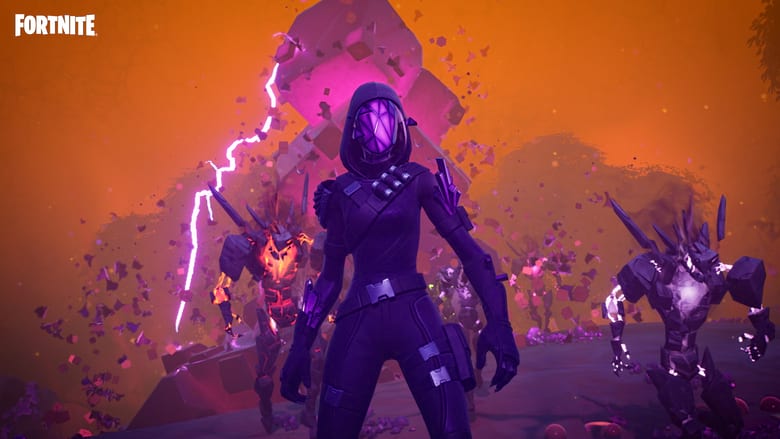 With this new theory gaining steam, it’s tough to pinpoint exactly what’s going on with the future of Fortnite. Chapter 3 would more than likely bring major changes to the game as we know it, including a new map, and we’re not entirely sure if the game is ready for that.

Players typically would expect a chapter to last 10 seasons, just like it did for Chapter 1, but there’s nothing out there forcing Epic to keep to those rules. There is certainly nothing holding the developers back from starting a new chapter.

If next season is just your regular old Season 9, then don’t expect any major changes, but instead you should lower your expectations to something like a few new POIs, a new weapon pool and probably some different NPCs roaming around the island.

We’ll find out what’s going on in about a month, so stay tuned.