TMZ, however, is reporting that Ramirez died of Hepatitis C, which could have come from either sexual contact or an intravenous needle.

Here’s what you need to know about this sicko…

Ramirez was imprisoned in 1989, guilty of 13 counts of murder one, five attempted murders, 11 rapes, and 14 burglaries. His victims’ ages ranged between nine and 83 years old during the murderous time frame, which spanned from June 1984 through August 1985. Ramirez used a range of methods in his murders, including shooting and stabbing.

“The Night Stalker” moved to California from El Paso in 1978. He was described as a “good boy” by family members, who alleged that his love of marijuana turned him into a psychopath.

Richard Ramirez dead at age 53. Good. I hope it was a combination of AIDS, cancer, and being raped with a tree branch.

His last confirmed victim was a nine year old, Mei Leung, whose body was found in a San Francisco hotel basement in 1984. Leung’s death wasn’t linked to Ramirez until 2009, thanks to a DNA test, reported CBS News.

I was a new police officer at the time. That’s part of the reason that the case was relooked at, it’s the type of case as a new officer, a case involving a little girl, that you don’t forget.

His other victims, via Murderpedia:

March 27, 1985: Vincent Zazzara, 64 and his wife Macine, 44, Whittier. Zazzara and Macine were both stabbed and mutilated.

May 30, 1985:Carol Kyle, 41, Burbank. Ramirez broke into Kyle’s home, subjected her to prolonged rape Rape, but did not murder her.

July 20, 1985: Chainarong Khovananth, 32, Sun Valley. Khovananth was shot to death, while his wife and son were both raped. 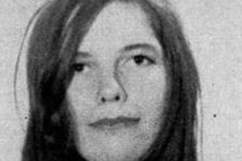 2. He Was Sentenced to Death

On September, 20 1989, Ramirez was found guilty of a total of 43 different violent crimes. In November of that year he was sentenced to die in California’s gas chamber. Ramirez grinned as he was sentenced and told the court:

You maggots made me sick, hypocrites one and all. We are all expendable for a cause, and no one knows that better than those who kill for policy, clandestinely or openly, as do the governments of the world which kill in the name of God and country and for whatever else they deem appropriate,

He then told reporters:

Death always went with the territory. I’ll see you in Disneyland.

During the trial it was rumored that Ramirez had plotted to kill the prosecutors, using a gun he would smuggle into the courtroom. On the day that his death sentence hearing was due to begin, one juror, Phyllis Singletary, failed to appear. She was later found shot and killed at her home. Intially, Ramirez’s involvement was suspected, but upon further review, she was killed by her partner James Menton, 51, who was later found to have committed suicide at a motel nearby.

According to Menton’s suicide note, Singletary was killed because of a domestic dispute. 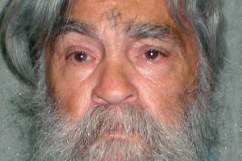 3. He’s Been Appealing His Conviction

A 2006 appeal against his execution was rejected by California’s supreme court. The basis for the appeal, which was brought by California lawyer Geraldine S. Russell, argued that Ramriez’s attorneys at the time of the original trial, Daniel Hernandez and Arturo Hernandez, were not qualified to deal with such a large, high-profile case.

Russell also believed that Ramirez’s mental state was probably not evaluated prior to his original trial.

The appeal was unanimously rejected by the Supreme Court. Despite his numerous appeals, at the time of the first trial, Ramirez told his attorneys that he didn’t want them to “beg for his life.”

In 2007, Ramirez’s appeal to have his case heard by the U.S. Supreme Court was rejected, the country’s highest court agreeing to recognize California’s state ruling.

4. His Wife Said She’d Killer Herself When he Died

Ramirez’s wife, Doreen Ramirez, nee Lioy, married Ramirez while he was incarcerated in 1996. She told CNN in 1997 that she would commit suicide if Ramirez was executed.

In her CNN interview, Doreen called Richard “kind,” “charming” and “funny,” doting upon her husband in a way usually not reserved for murderers. She added that she “think(s) he’s a really great person.”

Doreen isn’t naive to her public perception, though, admitting she’s aware people think her crazy or stupid or dishonest. She refutes those claims by declaring her husband’s innocence, confirming her whole-hearted faith in him, and stating her belief that O.J. Simpson was acquitted with far more damning evidence.

Her love for Richard has required major sacrifice, including her family (who disowned her) and her dream of having children. In a gesture that’s oddly romantic given the nature of her husband’s crimes, Doreen says that dream has been replaced by a new one: “being with Richard.”

Lioy was raised catholic but respected Ramirez’s Satanism. She was a virgin when she married “The Night Stalker,” and as death row prisoners are not allowed conjugal visits (per California law), she was not deflowered by her husband. Ramirez wore a silver wedding band, since Satan-worshippers do not wear gold.

5. His Murders Were Influenced by His Sicko Cousin

Richard’s dad cited marijuana as the source of his son’s radicalization, but the true culprit might have been a fellow member of the Ramirez clan.

Richard’s cousin Mike was a Vietnam veteran, who boasted to Richard about his actions in Southeast Asia. He showed the much-too-young Richard explicit pictures of himself raping Vietnamese women and severing the heads of Vietcong soldiers.

(Note: This is not the actual image Mike showed Richard)

The two would hang out all day getting high (marijuana did, clearly, have a toxic effect on Richard), which drew the ire of Mike’s wife. She started to nag that Mike get his life together, which Mike, a changed man since returning from Vietnam, responded violently to.

At the tender age of 13, Richard bore witness to Mike shooting and murdering his wife, whose blood splattered all over Richard at the scene.

It was at this point that Richard started skipping school and smoking as much as he could, eventually taking to stealing as a means of supporting his drug use. And from there, as we all know, his criminal resume would only expand.