Sean Bergin is the News 12 New Jersey reporter who has been suspended by the station after he told viewers that he believed there is an “anti-cop mentality” among fatherless black men. The reporter was covering the tragic story of young New Jersey cop Melvin Santiago who was shot and killed in the line of duty by Lawrence Campbell on July 13. In Bergin’s reporting into the shooting, he featured Campbell’s wife, Angelique Campbell, who told the media she wished her husband had of killed more cops. She later recanted that statement. Her husband, Lawrence Campbell, was killed by responding officers after the shooting of Officer Santiago.

Here’s what you need to know about Sean Bergin:

1. Campbell Said There Is an ‘Anti-Cop Menality’ in America’s Inner Cities

During the report, Campbell editorialized:

It’s important to shine a light on this anti-cop mentality that has so contaminated America’s inner cities. The underlying cause of all of this, of course, young black men growing up without fathers.

His comments provoked outrage among viewers with News 12 New Jersey stating that there reporters are not supposed to air personal opinions on-air. Though Bergin remains defiant, according to the Associated Press, Bergin said:

If I had it to do over again, I would do the exact same thing. I broke the rules. I knew I was breaking the rules. But sometimes you have to break the rules to do the right thing.

Bob Butler, the president of the National Associated of Black Journalist’s, strongly disagrees with Bergin’s assertions, Butler “Are there problems in the inner city with kids without fathers? Yes. But does that make kids violent? No,” told the AP:

Are there problems in the inner city with kids without fathers? Yes. But does that make kids violent? No. There are a lot of kids without fathers who go to college, graduate and become upstanding citizens. He’s talking about a social phenomenon where there’s lack of opportunity in communities.

According to his Facebook page, Bergin was suspended without pay on Monday July 14, that was later changed to a suspension with pay. On July 15, Bergin announced via his Facebook that he was leaving the channel after they offered him a paltry $300 per week to cover one story. In the post, he categorically states:

My heartfelt thanks to the American LEO community for their incredible support. The men and women who wear the uniform rock!!!

Among the numerous Facebook pages set up to support Bergin, one is named “Ride to NEWS 12 in SUPPORT of SEAN BERGIN.” The ride is set to descend on News 12 headquarters in Woodbury, New Jersey. Although that particular page only has 91 likes, another has over 2,000 likes.

One of his Facebook posts, dated February 5 2013, Bergin expressed concerns about “fatherlessness in the black community.” He wrote in the rant:

Why is it that no one wants to talk about the issue of fatherlessness in the black community. The same problem tha plagues Chicago is also true of every American inner city from Detroit to Newark and Baltimore. There is a reason young black and hispanic men are drawn to the gangsta lifestlye and other ehtnic groups are not.
Fatherlessness in the Afrian American community stands at 73%. That’s the naional average! Every prosecutor, social worker, school teacher and cop on the street will tell you it’s what drive’s this epidemic of gun violence. I guess it’s just much easieir to blame high capactiy magazines. Good grief enough already– are there no black leaders with the courage to speak out on the subject?

The post linked to an article about Chicago’s spiraling murder rate.

5. Bergin Called Paul Ryan ‘The Future of the Republican Party’

In a Facebook post dating from August 2012, Bergin told his followers “I’ve just seen the future of the Republican Party and his name is Paul Ryan.” Bergin is an Irish-American who lives in Woodside in the New York City borough of Queens. He’s a native of Ronkonkoma in Long Island. 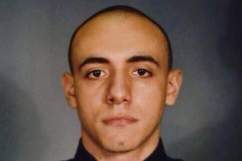