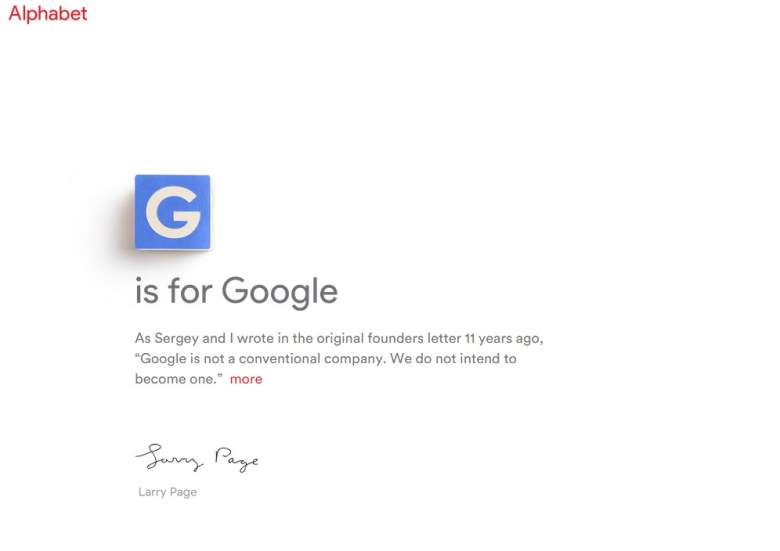 A screenshot from Google’s announcement and the new Alphabet homepage. (Alphabet)

Google announced on its blog that the company is undergoing huge changes. Google Inc. is now going to be Alphabet, a completely new company that will hold all the subsidiaries, including a slimmed down Google, and the other exciting projects that Google is working on.

1. Google Will Exist in a Slimmed-Down Version 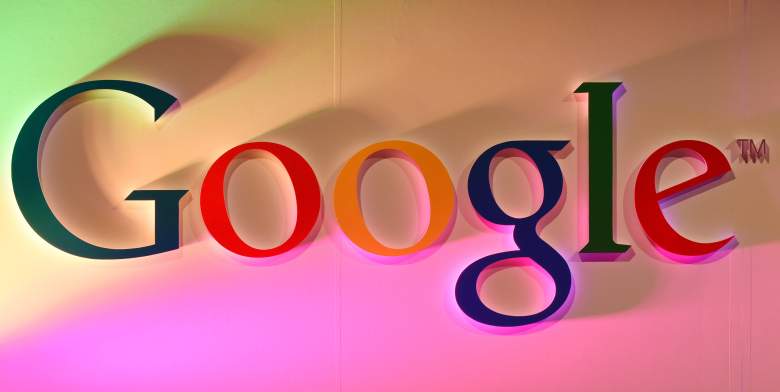 Google will still exist, but in a slimmed-down version. Rather than overseeing numerous companies that stray far from Google’s Internet focus, those companies will now be semi-independent and existing under the Alphabet umbrella. Google will continue to innovate and create new products related to its core Internet mission. Here’s the SEC filing about the change. According to the filing, Google will focus on search, ads, technical infrastructure, apps, YouTube, Android, and maps.

2. Alphabet Will Be a Collection of Companies, Including Google

Alphabet Inc. will be a collection of independent companies, including Google, Larry Page, CEO of Alphabet, explained in his blog. The purpose of this change is to allow companies that aren’t closely related to run more independently, each with its own strong CEO. Google is currently the largest of the companies contained under Alphabet’s umbrella. Other companies under Alphabet’s umbrella include Life Sciences, which is a glucose-sensing contact lens and Calico, which focuses on life longevity. The SEC filing also lists Nest, Fiber, Google Ventures, Google X, and Google Capital as businesses that will not be part of Google but will be under the Alphabet umbrella. Page wrote on his blog:

Alphabet is about businesses prospering through strong leaders and independence. In general, our model is to have a strong CEO who runs each business, with Sergey and me in service to them as needed.

Sergey Brin, president of Alphabet, and Page will oversee capital allocation to the various companies and the CEO’s salaries, through Alphabet.

Page said that they chose the name Alphabet because the collection of letters, which represent language, is at the core of how Google’s index search works. In addition, alpha means an investment return above the benchmark, he explained, which resonates with the company’s focus.

3. Alphabet Will Include X Lab And Focus on More Ambitious Projects 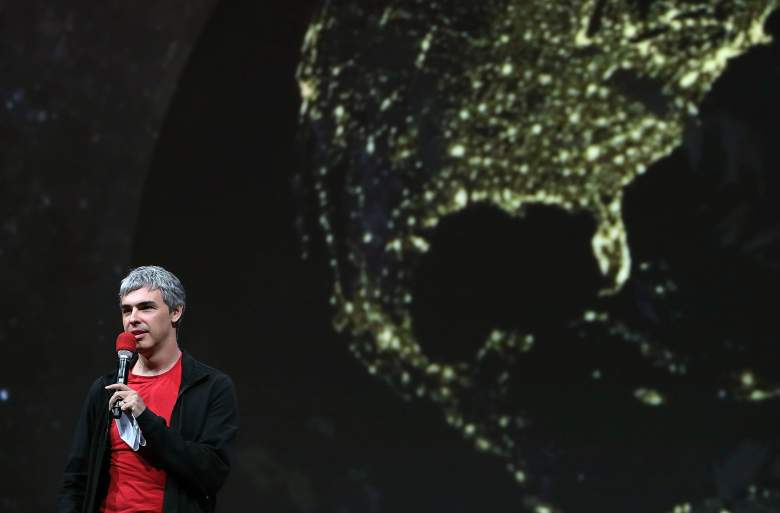 Larry Page, Google co-founder and CEO in 2013. He is now the CEO of Alphabet. (Getty)

Page and Brin are creating Alphabet so they can continue to focus on more ambitious projects. For example, X lab will continue to operate under Alphabet. Alphabet will also oversee new innovative projects like drone deliveries. Page wrote on his blog:

Sergey and I are seriously in the business of starting new things. Alphabet will also include our X lab, which incubates new efforts like Wing, our drone delivery effort. We are also stoked about growing our investment arms, Ventures and Capital, as part of this new structure. 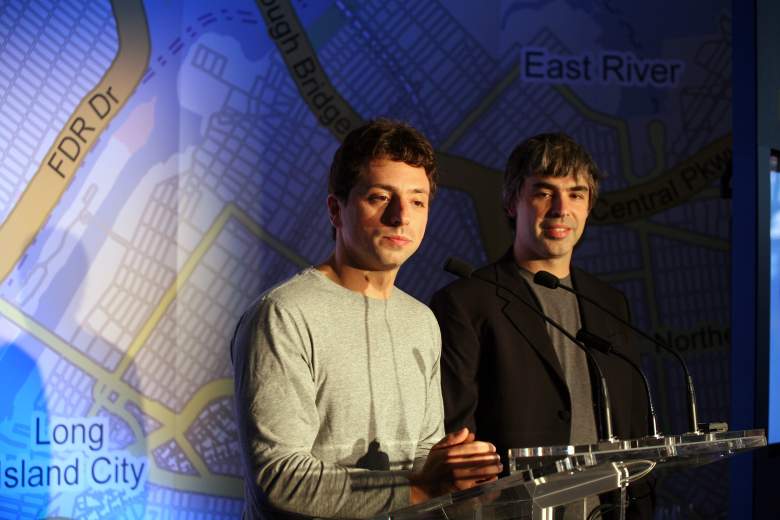 Google founders Larry Page (R) and Sergey Brin (L) in 2008. Page is now the CEO of Alphabet and Brin is the president of Alphabet. (Getty)

Sundar Pichai has been promoted to being the CEO of Google. Page explained on his blog:

I feel very fortunate to have someone as talented as he is to run the slightly slimmed down Google and this frees up time for me to continue to scale our aspirations.

5. All Shares From Google Inc. Will Convert into Alphabet Inc. Shares 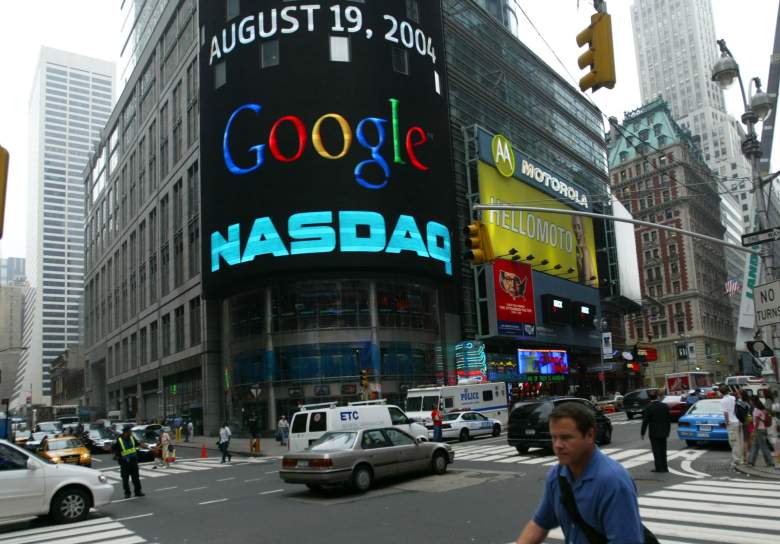 A photo from when Google started trading in 2004. Google shares will be converted to Alphabet shares but will retain their Nasdaq designations. (Getty)

All shares from Google Inc. will convert into shares with Alphabet Inc. Alphabet will replace Google completely as the publicly traded company and Google will be a wholly-owned subsidiary of Alphabet. The shares on Nasdaq will continue to trade as GOOGL and GOOG. The changes will come in phases, according to the SEC filing. Google’s shares have been gaining since the announcement. 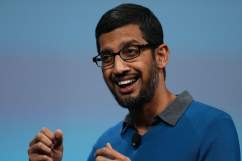 Loading more stories
wpDiscuz
0
0
Would love your thoughts, please comment.x
()
x
| Reply
Google Inc. has been changed into a new company, Alphabet Inc. The change is being made to help the company continue to pursue exciting tech. Learn more here.