A Texas mother and her affluenza-stricken son have been found in Mexico after apparently having a “going away party” in an effort to flee from authorities.

Tonya Couch and her son, Ethan, 18, were taken into custody December 28 by authorities in Puerto Vallarta, Reuters reports. They fled from Texas after the 18-year-old Ethan failed to show up for a probation meeting,

In June 2013, Ethan Couch killed four people and injured two others in a car accident resulting from his drunk driving. Six months later, Ethan, then 16, was sentenced to 10 years probation for the crime. His lawyers had successfully argued that he suffered from a condition known as “affluenza.” The attorney said that Ethan’s upbringing meant that he couldn’t properly judge the consequences of his actions. The New York Times called the case, “an emotional, angry debate that has stretched far beyond the North Texas suburbs.”

The mother and son are expected to be returned to Texas police by Mexican officials. The Tarrant County, Texas, District Attorney says he plans to have Ethan Couch’s original case transferred to adult court so he can be sentenced more harshly.

1. Authorities Say That Tonya Has the Means to Bring Her Son Anywhere in the World

According to the Tarrant County district attorney, authorities have no evidence that the pair have left the U.S. Spokeswoman Sam Jordan said, “He and his mother have the means to be able to travel to wherever they may want to travel.” On December 10, Tonya was supposed to accompany Ethan to a probation officer meeting, they never showed. The following day an arrest warrant was issued for him.

The district attorney said he was not surprised the pair was caught together. He said they had a “going away party” before driving a pickup truck to the Texas-Mexico border together. 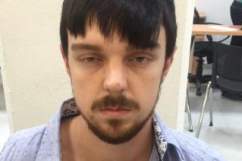 2. Cops Wanted to Talk to Ethan About a Video Where He Appears to Be Drinking, Which Violates His Probation

A video had begun circulating online online that appeared to show Ethan drinking at a party. Authorities in Tarrant County had wanted to speak to Ethan about the clip. One of the conditions of his parole was that he not drink alcohol. If he breaks said condition, he could face 10 years in prison.

Officials said he would be put initially into a juvenile detention facility when turned over by Mexican authorities, but they plan to try to transfer his case to adult court.

3. In 2003, Tonya Was Found Guilty of Reckless Driving

In 2003, Tonya was found guilty and fined $500 as well forced to complete six months of community service after she was found to have driven another motorist off the road, reports WFAA. She divorced Ethan’s father, Fred, in 2007. He has a long criminal past too, one offense was a conviction for beating up his wife in 1996. More recently, Fred Couch, whose sheet metal company turns over $15 million per year, had convictions for writing bad checks and in August 2014, impersonating a police officer.

4. An Arrest Warrant Has Been Issued for Tonya Couch

Authorities Suspect Missing 'Affluenza' Teen Fled From Country With His MomAuthorities fear affluenza teen Ethan Couch and his mom have pulled a vanishing act after a warrant was issued for their arrest. Authorities have been unable to contact 18-year-old Ethan and his mother Tonya since he missed an appointment with his…2015-12-17T22:26:08Z

An arrest warrant has been issued for Tonya Couch, authorities say, but it is not yet known what charges she is facing from the Tarrant County District Attorney’s office.

According to Houston lawyer Robert Hampton Tuthill, under Texas law “Texas has a criminal offense entitled “Hindering Apprehension or Prosecution.” It is under 38.05 in the Penal Code. It is a Class A Misdemeanor or a Third Degree Felony depending on the circumstances.” If convicted on a Third Degree Felony charge, a person could face “not more than 10 years or less than 2 years.”

5. The Couch Family Was Sued by Ethan’s Victims

After Ethan received probation for the crash, his victims formed a class action lawsuit against the Couch family. One of the victims, Sergio Molina, was riding in the bed of Ethan’s truck at the time of the crash. He remains hospitalized with a serious brain injury. That suit was settled out-of-court in May 2014 while the others were settled in March 2014. By November 2014, all lawsuits had been settled.