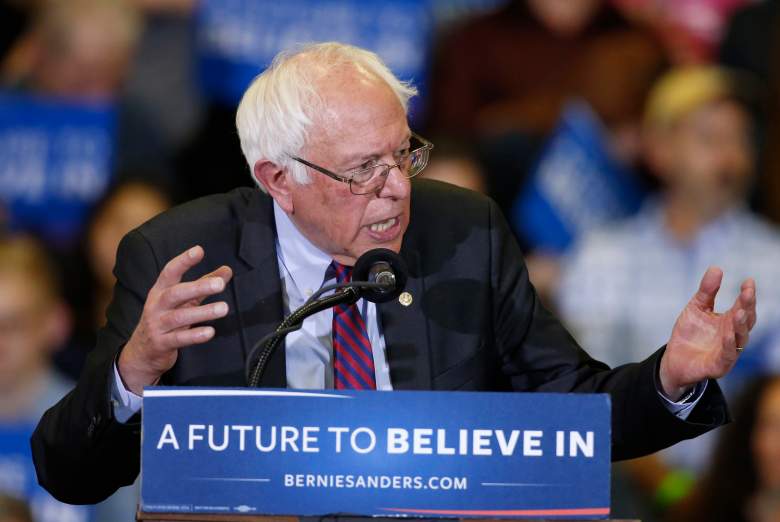 Huge problems plagued the Arizona primary, with allegations of election fraud resounding across the Internet. People who said they were previously registered Democrat suddenly found their registrations inactive and couldn’t vote in the primary. Now people are discovering the same thing in New York and a lawsuit has been filed on their behalf.

You can go here to see if your registration is active and if you are listed as affiliated with the right party.

Democratic Board of Elections Commissioner Douglas Kellner had said that any New York voter whose party affiliation was purged or was inactive could re-register by the end of the business day on Friday, March 25, and still be able to vote in the primary, according to a thread on Reddit that’s been tracking the issue.

Registering online was also an option, and one of Heavy’s commenters said that the DMV would accept online registrations if completed before midnight on March 25. Unfortunately, many people reported technical problems with the DMV site on Friday.

Many New York Voters Have Reported Problems With Their Voter Registration

It’s looking like New York voters may be seeing problems similar to Arizona.

Shelly Berry shared on Facebook that she had proof her voter registration was fraudulently changed. Her registration was switched from Democrat to unaffiliated and she was told the change was made in 2012. She had the agent at the board of elections office print out the 2012 form and compare it to another form on file that she knew she had filled out. The handwriting was distinctly different.

For example, one contributor on Reddit, @JRHenke, shared that his wife changed from unaffiliated to Democrat in New York last year, long before the October deadline. She went online to check her status and found that she’s now listed as “Not enrolled in a party.”

Another Redditor commented that he and his wife had voted for Obama in 2008 and again in 2012. But the New York website now says that neither of them are registered, even though none of his information had changed. Another person reported that he registered in December 2015, got an approval email, had the voter registration card in his wallet, and online he was being told that he was not registered.

The more you look, the more stories are reported. This person said they had registered as a Democrat in New York in 2010 to vote in the primaries. He’s voted in every election since. Two weeks ago he checked his voter status and everything was fine. He wrote: “Fast forward to last night when I received three phone bank calls asking if I’ve registered, it made me check my eligibility. Guess what? My information was not there.” He went to the county elections office to register again and was told that no one had any idea what had happened.

If you have found that your party affiliation was wrongly changed, consider reporting it to these sources and leave a comment below to let us know:

Election Justice USA filed an emergency lawsuit in New York the day before the primary. The lawsuit requested the “immediate restoration” of voting rights for any New York voters who had previously been registered to vote and now are not. It also sought to restore the voting rights of any New York voter who had previously registered or voted as a Democrat and is now listed as unaffiliated or Republican.

We have heard hundreds of stories, with desperate pleas for help. This election season has excited and galvanized the voting public in unprecedented numbers. For these voters to be systematically and erroneously removed from the rolls or prevented from voting in their party of choice is devastating to them personally and has sent a wave of doubt and worry through the voting public.”

According to Gothamist, the lawsuit read:

A hearing for the lawsuit will take place at 100 Federal Plaza, Central Islip, on Tuesday, according to Election Justice USA. Unfortunately, the hearing was ultimately rescheduled for a later date and the plaintiffs were given requirements that they need to add to the lawsuit, including adding additional defendants from each affected county. We’re not sure how this lawsuit is going to ultimately turn out, but it will be interesting to see. You can read more about the lawsuit here.