The father-in-law of a Texas woman killed in a church last week by an assailant wearing police SWAT gear brought a bloody shirt to the drycleaners in the days after her death, police said in a search warrant.

Randy Bevers, 64, told the cleaners the blood was from an animal when he brought the shirt to them on April 22, but they contacted Midlothian Police.

Terri “Missy” Bevers, a 45-year-old fitness instructor and mother of three, was killed at the Creekside Church of Christ in Midlothian, near Dallas, on April 18. No suspects have been identified.

1. Investigators Say in the Warrant That the Bloody Shirt Might Contain DNA Evidence Related to the Missy Bevers’ Death

“Based upon the facts and circumstances surrounding this crime of murder as presently known by the Affiant, and in conjunction with the affiants training and experiences in law enforcement, crimes against persons, and criminal activity, Affiant believes and charges that the blood stained shirt may contain possible DNA evidence that could assist law enforcement in this current MURDER investigation,” McKinney wrote in the warrant.

You can read the full search warrant here.

Police were called by the Dry Clean Super Center of Midlothian on April 22 at about 1:50 p.m., McKinney said in the warrant. A person from the business told police a man identifying himself as Randy Bevers brought in items to be cleaned at about 10:15 a.m.

The caller said Bevers also said he was the father-in-law of Missy Bevers.

He gave the employee four items, including a “women’s white long sleeve shirt (Laura Scott) XXL with what appears to be blood spots/stains on it.”

McKinney wrote in the warrant that Bevers “told the clerk that the stains on the white shirt was ‘Animal Blood.'”

2. Randy Bevers Says the Shirt Was Bloodied During a Dog Fight

Randy Bevers told CBS 11 News the blood came from an injured Chihuahua he brought to an animal hospital in Mansfield. He told the news station he is aware the shirt was seized by investigators and added he gave a written statement to the Midlothian Police after he was contacted by them.

His daughter, Kristi Stout, told NBC Dallas-Fort Worth , that the dog belonged to her step-mother, Vikki Bevers.

She told the news station the dog was involved in a fight. The dog later died.

Randy Bevers’ wife, Vikki Bevers, posted on Facebook on April 22 about her dog that had died.

The dog the Bevers family says died in a fight, leaving blood on the shirt Randy Bevers’ brought to the cleaners. (Facebook)

“I had to say goodbye to my feisty, furry little guy, Kilo. He was my constant companion and loved me as much as anybody ever has. He traveled over 25,000 miles with us and I will miss him every day. Say hi to Shadow for me, sweet boy,” she wrote, along with photos of the dog. 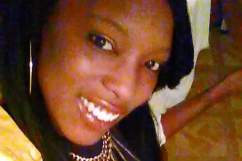 3. The Suspect in Bevers’ Killing Was Caught on Surveillance Video Inside the Church

The killer in the death of Missy Bevers was recorded on motion-activated surveillance video inside the Creekside Church of Christ at about 4 a.m., police said. The assailant was dressed to look like a police officer, according to police. It is not known if the person is a man or a woman, and police backtracked on earlier statements that called the killer a he. They are asking the public to help with identifying the killer, saying that the person’s walk may be recognizable.

You can watch the video above and see still photos and additional video below:

According to police, the assailant appears to be dressed in tactical gear with “police” written on the front and the back of the jacket. He or she is also wearing a tactical helmet, gloves and other protective gear, police said.

A $10,000 reward has been offered in the case, police said. It was put forward by Oak Farms Dairy, according to a press release.

The reward will be given to anyone who provides information that leads to the arrest and grand jury indictment of the suspect in the case. 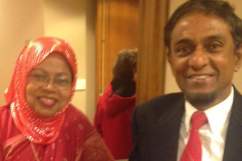 4. Missy Bevers Was at the Church to Lead an Early Morning Fitness Boot Camp

Police said officers were dispatched to the church at about 5 a.m. after Bevers was found inside. She was scheduled to hold a class at 5 a.m., and it had been moved inside the church because of rain, police said.

She was pronounced dead at the scene. Police have not yet said how she was killed. An autopsy has been completed, but police are withholding the results because the investigation is continuing.

Bevers was the leader of Camp Gladiator Midlothian, a boot camp style fitness class. Her last Facebook page Sunday night was a message to those in her class, telling them there would be training Monday morning, despite rain that forced them to hold it inside the church.

“No excuses, you are Gladiators!,” she posted, along with a photo with the message, “if it’s raining, we’re still training.”

Bevers studied to be a fitness trainer at the International Sports Sciences Association, according to her Facebook page.

She wrote on her Facebook profile “about me” section, “Having an Impact on Others and Helping Others Reach Their Fitness & Health Goals is my “PASSION!

Bevers, is survived by her husband, Brandon Bevers, and their three daughters, ages 15, 13 and 8.

Her husband returned Monday morning from a trip to Mississippi.

“She was very passionate about transforming people’s lives, physically and mentally,” Brandon Bevers told Fox 4. “She transformed herself into a very fit person and her desire to do that for others. I pray that whoever did this would be caught. And I pray for all of the people who cared so much about my wife.”

Her funeral was held last week.