A worker with the U.S. Embassy in Bangladesh has been hacked to death by suspected Islamist extremists in Dhaka. Ambassador Marcia Stephens Bloom Bernicat confirmed in a statement that Xulhaz Mannan had been killed in an attack on the night of April 24. In the press release, Ambassador Bernicat, “I am devastated by the brutal murder of Xulhaz Mannan and another young Bangladeshi this evening in Dhaka. Xulhaz was more than a colleague to those of us fortunate to work with him at the U.S. Embassy. He was a dear friend. Our prayers are with Xulhaz, the other victim, and those injured in the attack. We abhor this senseless act of violence and urge the Government of Bangladesh in the strongest terms to apprehend the criminals behind these murders.”

1. Authorities Said Xulhaz & a Friend Were Attacked by ‘5 or 6 Men’ Posing as Couriers

CNN reports that Xulhaz and his friend, named as, Tanay Mojumdar, were attacked inside of the U.S. Embassy worker’s apartment in the Bangladesh capital of Dhaka. A group of men who were posing as couriers arrived and got into the apartment where the hacked and Mojumdar to death. Police spokesman Mohammad Iqbal said the two men were killed with machetes.

Xulhaz’s mother was present at the time of the attack, reports the Dhaka Tribune. A security guard at Xulhaz’s apartment building, named only as Parvez, told the newspaper, “I heard shouting and shooting sound from the flat and went to look into the incident. The assailants then attacked me with knives.” Parvez was treated for wounds near his eye after the incident. He added that one of the attackers was armed with a gun.

2. He Was the Editor of a LGBT Magazine in Bangladesh

In addition to his work with the U.S. Embassy, Xulhaz was the editor of Roopban, a LGBT magazine based in Dhaka. It’s described as “a platform and publication promoting human right and freedom to love in Bangladesh.”

With regards to his work with the U.S. Embassy, Xulhaz regularly posted photos of diplomatic events that attended on his Facebook page. On his Google Plus page, Xulhaz says he graduated from the University of Dhaka.

His magazine launched in March 2014 and was reviewed negatively by the Dhaka Tribune. Xulhaz repsonded to the criticism saying:

Seems the reviewer couldn’t take his eyes off the male model in his underwear, and hence, his own eroticism took forefront over journalism.

Otherwise he would have noticed many other ‘decent’ and issue-based write ups ; the interview of a same-sex couple highlighting their relationship, an article on BoB’s participation at recent UN UPR, write up on homosexuality in Hollywood film, another film review, fashion portfolio and tips, write up on Michael Modhushudan’s relationship with his friend, write up on human rights to love, zodiac review, LGBT news, poetry and so on. The few ‘eroticized’ articles by no means makes the whole publication a “wasted opportunity”.

LGBT folks in Bangladesh (and around the world) are humans not angels, and there is no reason to make them look like one. While they do love and want relationship, they also do party and have fun.

As the first issue was done by completely amateurs and volunteers, roopbaan must admit its shortcomings to be high quality or fully inclusive, but then, it’s a magazine not a book. The “opportunity to address LGBT issues” remains open for future issues to come, not/not “missed”.

In February 2016, Xulhaz told the Dhaka Tribune about the problems facing the LGBT community in Bangladesh. He specifically spoke about the perils of online dating saying, “There’ve been quite a few instances of people being trapped and blackmailed into paying high amount of extortion money. I didn’t used to think of this issue earlier – but if I’ve alone heard of six cases, imagine how many such cases there actually are.”

Xulhaz was the cousin of former Bangladeshi Foreign Minister Dr. Dipu Moni. She served a minister from November 2009 until January 2013. During her time in office, Moni was roundly criticized for the amount of foreign trips she took.

She is married to Tawfique Nawaz.

4. Friends & Family Have Been Paying Tribute to Mannan on Social Media

For Xulhaz Mannan and Tanay Mojumdar.
Rest in Peace. You are not forgotten. pic.twitter.com/kHtgzJmfy2

On Twitter and on Facebook, friends and family of Xulhaz have been paying tribute to him. In one touching tribute, Xulhaz’s niece Suzanna Ansar wrote:

Last night there was a burglary in my house in dhaka, which has left us shaken, if that wasn’t bad enough I just heard my uncle Xulhaz Mannan was brutally murdered an hour ago in dhaka in what seems like a burglary or intentional murder.

This is so upsetting, I don’t know how to react to this. He was young, talented had a great job and believed that everyone, especially those marginalized in society had equal rights. He fought for what he believed in, in a place like dhaka, and now he is no more.

? my heart goes out to Sakina nanu… Mumon mama, rest in peace, bright one
( Update: He was brutally murdered by Islamist terrorists as he was the editor of an lgbt magazine, his house was forcefully entered and he was decapitated in front of his 80 year old mother.

He had the option of living anywhere on the world, he was a genius, but he chose to live in dangerous dhaka, standing up to what he believed in, and gave a voice to the voiceless. A kind, cultured sweet thing, rest in peace )

Another dark day for Bangladesh – fanaticism and senseless violence has cost the country another bright young mind – Xulhaz Mannan was a kind, caring person who supported the US Embassy and USAID on so many projects, under the dream of a healthy, prosperous Bangladesh for all.

We worked with him on so many occasions, that I am in disbelief that this has happened. This cancer has gone too far.

This photo with Ambassador Dan Mozena reminds us that we have to continue to seek justice for him and all those he, and the others we have lost have left behind.

5. Religious Extemisim Is on the Rise in Bangladesh

As the attackers fled the scene of Xulhaz’s murder they changed “Naraye Takbir, Allahu Akbar,” that’s according to the Dhaka Tribune’s report.

A November 2015 feature by Foreign Policy says that political infighting from the established parties in Bangladesh is “Creating space” for Islamist extremism.

The brutal killing today of an editor of an LGBTI publication and his friend, days after a university professor was hacked to death, underscores the appalling lack of protection being afforded to a range of peaceful activists in the country. 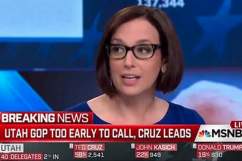 Loading more stories
wpDiscuz
0
0
Would love your thoughts, please comment.x
()
x
| Reply
A worker with the U.S. Embassy in Bangladesh has been hacked to death by suspected Islamist extremists in Dhaka.