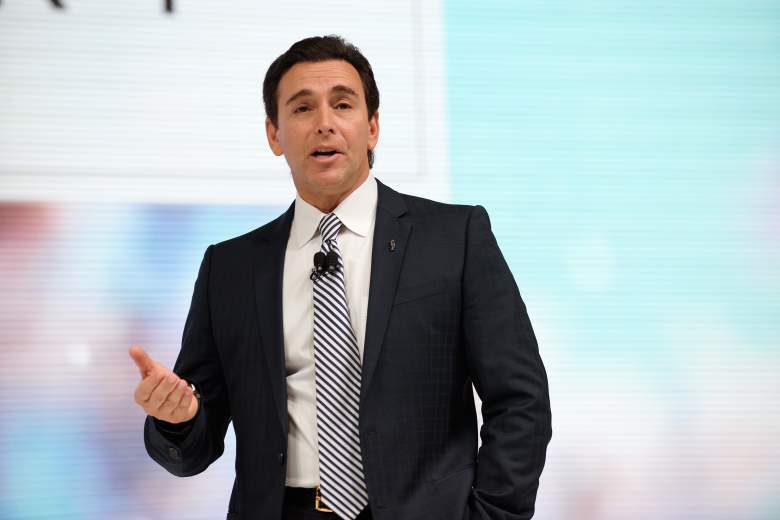 Mark Fields, the CEO of Ford Motor Company, made headlines this morning when he announced that Ford would create 700 U.S. jobs and cancel plans to build a plant in Mexico.

Fields told CNN that no deal was cut with President-elect Donald Trump, although he did say that the decision is a “vote of confidence” in the pro-business environment he expects from the Trump administration.

Mark Fields has been the CEO of Ford since 2014, but he has been with the company for several decades. He has a history of pushing back against Donald Trump, especially as Trump repeatedly criticized Ford throughout his presidential campaign.

1. He Is the First Jewish CEO of Ford 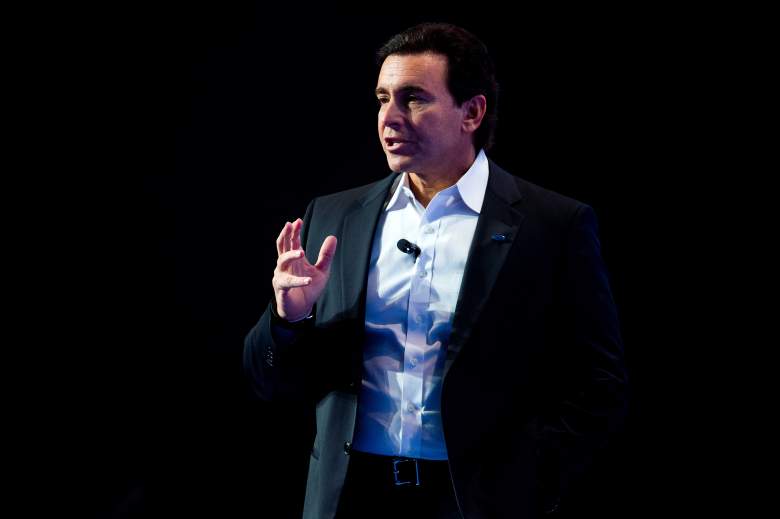 Mark Fields delivers a conference on the opening day of the World Mobile Congress on February 22, 2016 in Barcelona, Spain. (Getty)

Mark Fields is Ford Motor Company’s first Jewish CEO. That would not be noteworthy if it weren’t for the fact that the company’s founder, Henry Ford, was known for being extremely anti-Semitic.

Henry Ford infamously published dozens of articles in his newspaper, The Dearborn Independent, about a Jewish conspiracy to take control of the United States. According to PBS, a friend of Ford’s wrote in his diary that Ford “attributes all evil to Jews or to the Jewish capitalists…The Jews caused the war, the Jews caused the outbreak of thieving and robbery all over the country, the Jews caused the inefficiency of the navy…”

“I don’t think Henry Ford would have dreamed of a day where a Jew would [be] the head of his motor company,” Jeffrey Gurock, a professor of Jewish history, told Forward. “Part of his anti-Semitism was that Jews control but don’t work. He never would have dreamed that there would be a Jew putting people to work in the Ford Motor Company.” 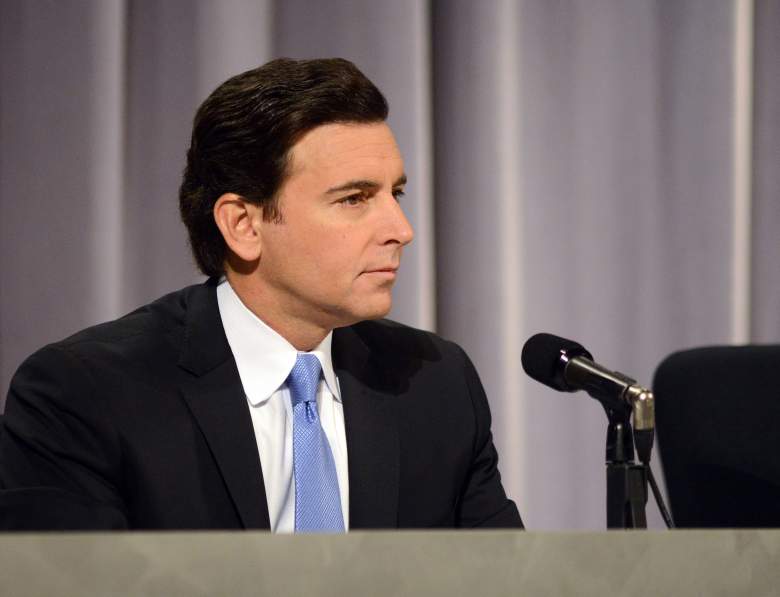 Mark Fields attends the Ford 60th Annual Meeting of Shareholders on May 14, 2015 in Wilmington, Delaware. (Getty)

Fields is hardly a new Ford recruit, as he has been with the company for over two decades.

He first began working for Ford in 1989, and at the age of 36, he started running the company’s Argentina operations, according to the Wall Street Journal. Later, he was moved to Mazda Motor Corporation in Japan to work on marketing and sales, and he became the president of the company a year later. At this time, Mazda was owned by Ford.

After restructuring Mazda, Fields was moved back to Ford to lead their luxury division. He became the executive vice president of Ford of Europe and Premier Automotive Group, a position he held for most of the 2000s. In 2012, he was named Ford’s chief operating officer, and he became CEO in 2014, replacing Alan Mulally. 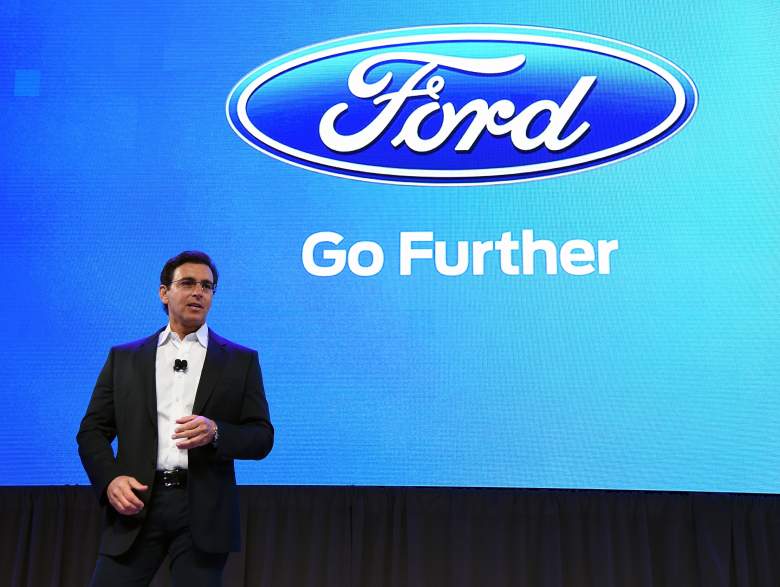 Mark Fields arrives at a press event for CES 2016 at the Mandalay Bay Convention Center on January 5, 2016. (Getty)

This included a base pay of $1.75 million, plus $3.4 million in bonuses and $12.1 million in stock value, according to Salary.com.

This was an increase from 2014, when Ford took in a salary of about $14.7 million, Forbes reports. 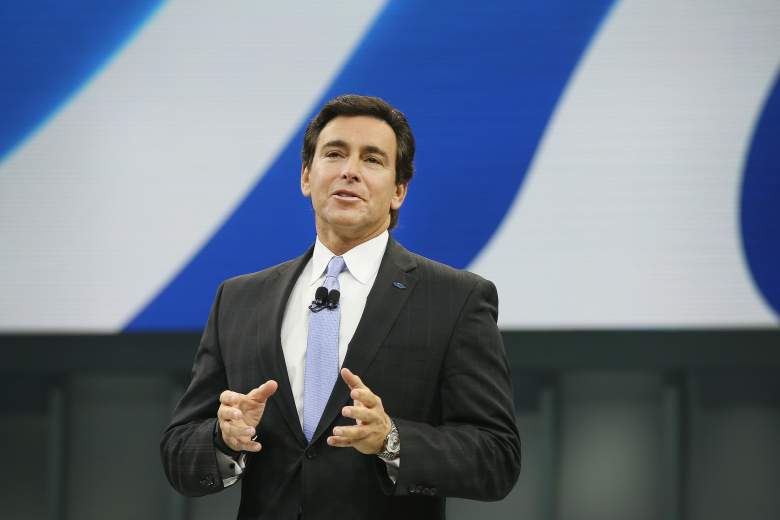 Mark Fields speaks to reporters during the introduction of the 2017 Fusion and new F150 Raptor at the North American International Auto Show. (Getty)

Mark Fields briefly worked at IBM while attending Harvard University, and it was here that he met the woman who would later become his wife. Fields and his wife Jane have two sons, Max and Zach, according to North Jersey.com.

According to Forward, Jane Fields gave up her own career when Mark Fields started being moved around the world while working with Ford. However, she did not want to live in Detroit when they were moved back to that city in 2012, and so the family currently resides in Delray Beach, Florida.

The Fields’ Florida house is reportedly worth $4.2 million, Forward reports.

5. He Has Repeatedly Criticized Donald Trump & Says Trump is Friendly to Him in Private 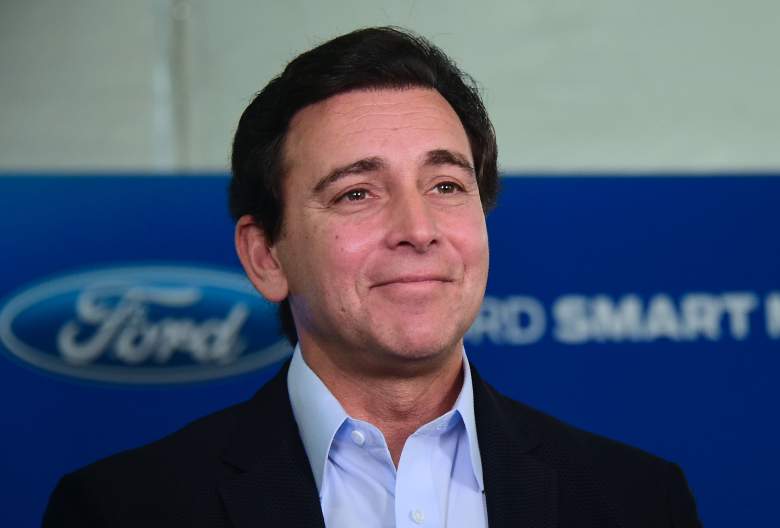 Mark Fields speaks at the opening of the Los Angeles auto show on November 15, 2016 in Los Angeles, California. (Getty)

Donald Trump consistently criticized Ford throughout his presidential campaign, saying that he would hit the company with a 35 percent tax if they were to move any jobs out of the United States. Mark Fields has shot back and on multiple occasions has said that Donald Trump does not have his facts straight.

When Trump said that Ford was moving jobs to Mexico in January 2016, Fields told Fortune, “Our view is that it’s really unfortunate when facts get muddled in the fog of politics.” He also said that he sent Trump a note saying that the company has actually created thousands of U.S. jobs, and Trump responded by saying, “Thanks Mark. I’m a big customer.”

Fields has said that Trump’s attacks on Ford are “infuriating” and “frustrating.” He also said in September 2016 that Trump is wrong when he says that the company would be cutting jobs when building a factory in Mexico.

“Absolutely not. Zero. Not one job will be lost,” Fields told CNN. “Most of our investment is here in the US. And that’s the way it will continue to be.”

Following the election of Donald Trump, Fields met with the president-elect in Trump Tower. Fields did not offer much information about the meeting, but he did seem to imply that Trump’s rhetoric may be shifting.

“The campaign trail is a different animal than anything I’m ever familiar with,” Fields said after his meeting with Trump, according to Fortune.