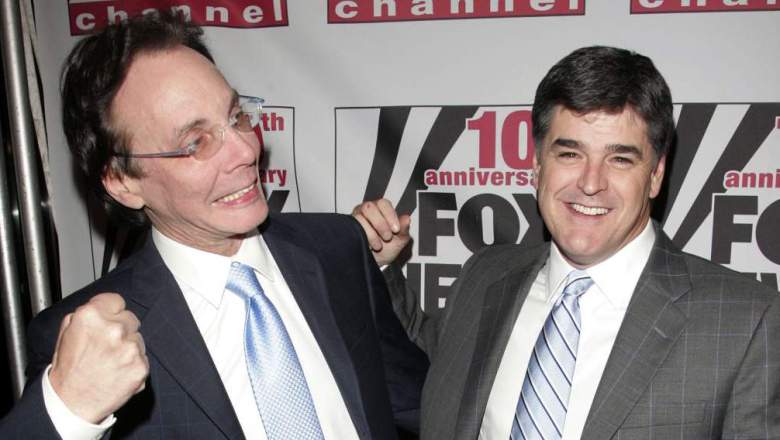 Liberal commentator Alan Colmes died on February 23 after a “brief illness” at the age of 66.

According to The Washington Post, Colmes died in a Manhattan hospital of lymphoma.

From accounts of friends and even Colmes himself before he died, it does not appear that he was struggling with the illness for long. In January, Colmes had announced he was taking some time off from his Fox News radio show for a medical reason, but he did not say what he was suffering from at that time.

“As I previously mentioned on the show last year, there would be times I would be taking off from the show to deal with a medical issue. This is why I’ve been out recently and will be out this week as well. But I will be back taking your calls as soon as I can,” he wrote, according to Fox radio.

According to WebMD, “Lymphoma is cancer that begins in infection-fighting cells of the immune system, called lymphocytes. These cells are in the lymph nodes, spleen, thymus, bone marrow, and other parts of the body. When you have lymphoma, lymphocytes change and grow out of control.”

Colmes’ family released this statement through Fox News, “Alan Colmes passed away this morning after a brief illness. He was 66 years old. He leaves his adoring and devoted wife, Jocelyn Elise Crowley. He was a great guy, brilliant, hysterical, and moral. He was fiercely loyal, and the only thing he loved more than his work was his life with Jocelyn. He will be missed. The family has asked for privacy during this very difficult time.”

Colmes was remembered by news colleagues – including those who didn’t agree with him politically – as a rare beacon of civility in a political climate that’s grown increasingly ugly. Colmes retained long friendships with colleagues he often strongly debated on television. For example, he had developed a close bond with conservative Sean Hannity, his fellow Fox News pundit and the man with whom he formed the warring debaters, Hannity & Colmes.

Hannity said in a statement:

The Fox family, Dr. Jocelyn Colmes, Monica Crowley and me personally have lost one of life’s most decent, kind and wonderful people you’d ever want to meet. When Alan and I started Hannity and Colmes, there wasn’t a day that went by where we didn’t’ say we were two most fortunate men in all television. Despite major political differences, we forged a deep friendship. Alan, in the midst of great sickness and illness, showed the single greatest amount of courage I’ve ever seen. And through it all, he showed his incredible wit and humor that was Alan’s signature throughout his entire life. I’m truly heartbroken at the loss of a dear friend. Our thoughts and prayers are with Jocelyn, Monica and his entire family. He will be dearly missed.

Hannity told People Magazine that Colmes tried to shield his wife from his illness. “[When] we first talked about it, you know, typical Alan style, his first statement to me was, ‘I don’t want my wife to worry or be upset,’ ” Hannity said to People. “He was thinking about her. He loved his wife, he adored her.”

The New York born Colmes launched his career in radio (a medium he continued using for his punditry until the end of his life) before veering into television.

Colmes leaves behind a wife, Jocelyn Elise Crowley, a Rutgers University professor who is an author and who conducts research into family issues on fathers’ rights and mothers’ workplace flexibility issues. Jocelyn is the sister of Monica Crowley, the conservative commentator.

You can learn more about Colmes’ wife here:

You can read more about Alan Colmes’ cause of death in Spanish at AhoraMismo.com:

Loading more stories
wpDiscuz
56
0
Would love your thoughts, please comment.x
()
x
| Reply
Alan Colmes has died. What is the cause of death? Colmes died of a form of cancer, lymphoma.