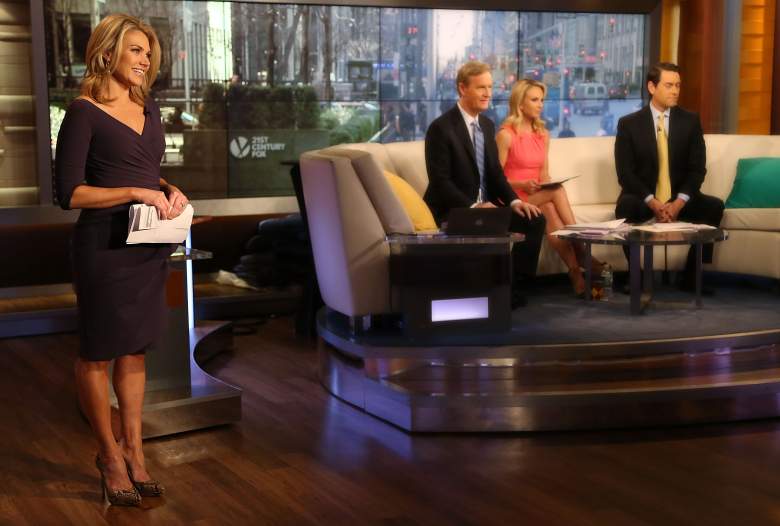 The next time President Donald Trump turns on his favorite show, one of its stars won’t be there. Heather Nauert, the news anchor on Fox News‘ Fox & Friends, is leaving the show to join Trump’s State Department as the new spokeswoman. The State Department made the news official on April 24.

The 47-year-old Rockford, Illinois native had been at Fox News for the most part since 1998, aside from a tenure at ABC News from 2005 to 2007. She’s married to banker Scott Norby.

Here’s a look at Nauert’s career and her new job.

1. Nauert Will Be the Spokeswoman for Trump’s State Department

Back in February, Politico first reported that Nauert was in talks with the State Department to join as the next spokesperson for a department that has been mostly silent since Trump was inaugurated. Nauert was even seen at the White House a week before the Politico report.

On March 4, Bloomberg reported that Nauert accepted the job. She’ll be the first permanent spokesperson for the Rex Tillerson-led department since Trump took office. Mark Toner had been acting spokesman, but the department hasn’t held daily press briefings since Trump’s inauguration.

Toner will officially leave the department and Nauert is in. On April 24, the State Department issued a statement, confirming that Nauert has a new job.

“The Department of State is pleased to welcome Heather Nauert as the new State Department Spokesperson,” the statement reads. “Nauert comes to the Department with mote that 15 years of experience as an anchor and correspondent covering both foreign and domestic news and events, including the 9-11 terror attacks, the war in Iraq, and the genocide in Darfur, Sudan. Heather’s media experience and long interest in international affairs will be invaluable as she conveys the Administration’s foreign policy priorities to the American people and the world.”

She then asked Nordstrom if they were “caving 2 liberal pressure” and wrote that the designs are “lovely” and “well made.”

A Nordstrom spokesperson told NBC News that they dropped Ivanka’s line because of performance, not because of politics. “Over the past year, and particularly in the last half of 2016, sales of the brand have steadily declined to the point where it didn’t make good business sense for us to continue with the line for now,” the company said.

Nauert has been married to banker Scott Norby since 2000. They have two sons, Peter and Gage.

4. She’s Also a Member of the Council on Foreign Relations

Nauert is also a member of the Council on Foreign Relations, a nonpartisan think tank that has over 4,900 members.

According to her Fox News bio, Nauert started her TV career at First Business, a nationally syndicated series. She is a graduate from Mt. Vernon College in Washington, D.C. She also has an M.A. in Journalism from Columbia University.

During her brief tenure at ABC News, she was a contributor to Nightline, World News Tonight and Good Morning America. She picked up an Emmy nomination for the series 13 Around The World.

5. Her Estimated Net Worth Is $3 Million

Celebrity Net Worth estimates that Nauert has an estimated net worth of $3 million and was earning $500,000 from Fox News a year.

Nauert was born in Rockford, Illinois and is one of four children. She has three brothers – Justin, Jonathan and Joseph. Her father, Peter W. Nauert died in August 2007 at age 64 after a battle with cancer. He practiced law and was an insurance executive at the time of his death.

Nauert has an Instagram page, where she shares her love for all things from the Midwest. She has over 32,000 followers.

Loading more stories
wpDiscuz
17
0
Would love your thoughts, please comment.x
()
x
| Reply
Heather Nauert is a Fox & Friends host who is now the public face of Donald Trump's State Department. Here's a look at her life and career.