The family of Seth Rich, a murdered DNC staffer, has sharply criticized the conspiracy theories flying around the Internet about his death.

What does the evidence show? Washington D.C. police have said very little about the open homicide case. However, they did release to Heavy a police report on the death, which you can read above.

According to the New York Times, the Rich family is demanding retractions from Fox for recent reports on their son’s death. Newsweek is reporting that the FBI is not investigating the Rich homicide.

Rich was a data analyst for the DNC.

Rich, 27, who worked for the DNC on voting issues, was shot and killed in Washington D.C., and his murder remains mysterious. “Police have found little information to explain his death,” said The New York Daily News.

Conspiracy theories are raging about Rich’s death because of his DNC employment and also the lack of an obvious motive, eyewitnesses, or suspect in the case, which has languished unsolved for a year.

Fox has now retracted a story on Rich and WikiLeaks, writing:

Rich was shot on the street in July 10, 2016 at 4:15 in the morning near a Washington D.C. neighborhood where he lived, said CBS News. Some are also raising questions about the August death of Shawn Lucas, who served the DNC with a lawsuit alleging fraud in the presidential race.

However, Lucas’ death was eventually labeled an accident as a result of a combination of drugs, including kratom.

In the Rich homicide case, The Washington Post wrote on July 11: “Police said they have no suspects, witnesses or motive, though they are looking at whether Rich could have been slain in an attempted robbery.” 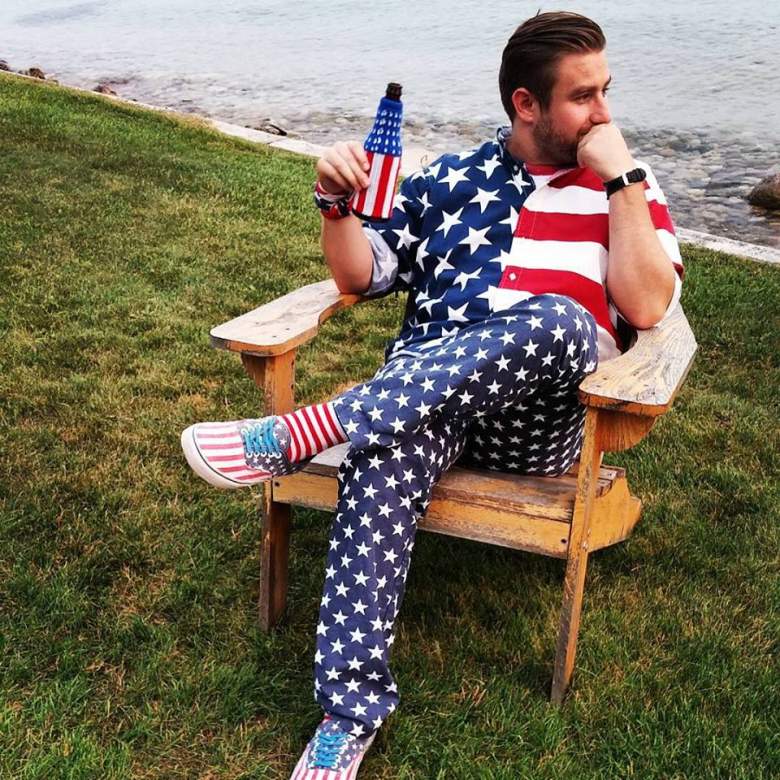 NBC Channel 4 in Washington says that Seth’s mother, Mary Rich, said previously that police “told her family her son may have been the victim of an attempted robbery.” In August, Mary joined police in a press conference in which she asked the public for help in providing tips.

However, the Rich family has also asked, through a spokesman, that people stop politicizing the tragedy.

Rich’s father told The Washington Post that Seth’s watch, wallet and credit cards were not taken, but he believes that Rich was “killed after resisting a robbery in which the assailant got nothing.”

Daily Mail says Rich was attacked across the street from a convenience store on the 2100 block of Flagler Place NW, not far from a brownstone he shared with three or four roommates. Rich was from Omaha, “where his family played a strong role in the Beth El Synagogue,” said Daily Mail.

However, Acting Capt. Anthony Haythe of the Metropolitan Police Department’s homicide branch said in a July news conference that all motives were being considered, said CBS. The New York Daily News quoted police as saying, “There is no immediate indication that robbery was a motive in the attack…but it has not been ruled out as a possibility.”

The police said they are looking into whether Rich’s death was tied to other robberies in the area, and his roommate told WUSA9 that Rich “was probably walking home from his girlfriend’s apartment when he was robbed and then shot.” The Washington Post said there were two robberies “in the city in the hour preceding the shooting, both more than one mile away.”

The Rich family, in a statement published by NBC News, said it was a “family committed to facts” not “fake evidence.”

Seth Rich was a DNC staffer when he was murdered. (Facebook/Seth Rich Memorial Page).

Rich’s mother told NBC Channel 4 in Washington D.C. that her son’s “hands were bruised, his knees are bruised, his face is bruised, and yet he had two shots to his back, and yet they never took anything.”

The Washington D.C. Medical Examiner’s office told Heavy that Rich died from gunshot wound to the torso and the manner of death was homicide. The office did not say how many times Rich was shot and said that autopsy reports are not publicly released to the news media in D.C.

The Washington Post says at least one of Rich’s multiple gunshot wounds was in the back. The shooting occurred in northwest Washington D.C.’s Bloomingdale neighborhood, said WUSA9. Rich was taken to the hospital, where he died, said WUSA9.

Rich was discovered by police who were patrolling the area and was conscious and breathing at first, said CNN. He was talking on the phone with his girlfriend when the shooting occurred and told her not to worry about it when she heard a noise, said NBC 4. There is a $25,000 reward being offered in the Rich murder case.

On his LinkedIn page, Rich described himself as “Experienced and impassioned data analyst. I have an enormous interest in public service and working towards making the world a better place.” The page says that Rich had worked as the DNC’s Voter Expansion Data Director since 2014.

Before that, he was a Research Data Associate for Greenberg Quinlan Rosner; a Boating Education Director and Staff Programming Director at Camp Ramah in Wisconsin; a research intern for Senator Ben Nelson; a member of the campaign staff for the Nebraska Democratic Party, an enumerator for the Census Bureau, a field organizer for Senate campaigns, and other jobs.

According to Town Hall, Rich had previously worked on the U.S. Senate campaign for Nebraska businessman Scott Kleeb. “The Clinton Global Initiative provided funds for a clean energy business started by Kleeb, which had come under investigation after losing $300,000 in 2010 and another $300,000 in 2011 despite the subsidies,” asserted Town Hall, adding that “Rich was also previously employed at a data firm that had worked with the Clintons.”