A 37-year-old man who opened fire at a workplace in Maryland, killing three and wounding two others, before shooting another man at a used car dealership, has been caught in Delaware, authorities say.

Radee Labeeb Prince was apprehended around 7 p.m. by federal agents from the ATF and other law enforcement agencies, the Harford County Sheriff’s Office said on Twitter. He had been on the run since the shootings in Edgewood, Maryland, and Wilmington, Delaware, Wednesday morning. A photo of Prince in custody is below.

Speaking to the media just after 11 a.m., Sheriff Jeffrey Gahler said that Prince was being sought by police after they believe he opened fire at Advanced Granite Solutions, a company located at Emmorton Business Park, killing at least three people and injuring two others. Prince is the sole suspect in this case, Gahler said.

The Harford Sheriff’s Twitter account sent out a message a little after 9:30 a.m. Eastern confirming that there had been a shooting off of Edgewood Road and that the gunman had left the scene. Five schools in the area were placed on lockdown as a precaution.

1. Prince Worked at Advanced Granite Solutions for the Past 4 Months

The shooting occurred around 8:58 a.m. on Wednesday, October 18, at a company called Advanced Granite Solutions. According to the Associated Press, Prince had been an employee at the company for the past four months. The owner of the company, Barak Caba, said that Prince worked as a machine operator.

“This does appear to be a targeted attack, limited to that business,” Sheriff Jeffrey Gahler said at an 11:10 a.m. news conference. Police believe that this is a case of workplace violence. All five people that were shot were employees of the company. Three have died and two are listed in critical condition at this time. A motive, however, is still unclear.

“Every one of the victims that this individual shot, the victims and the offender knew each other. So these were targeted shootings, for whatever reason,” Chief Robert Tracy told the media during a press conference around 4 p.m.

Prince has held a few jobs in Washington state and in Delaware over the past decade. According to his resume posted on Indeed’s website, Prince was a member of the Sheet Metal Union (Local 66) in Everett, Washington. He described himself as a “hard worker” and a fast-learner.

“I am an extremely hard worker who started as a laborer to someone with management experience. I have won numerous awards for my work ethic, professionalism, dependability, machine aptitude and accountability. With over 15 years’ experience working with various machines from CNC’s to trash compactors. I have worked with numerous materials such as Card Board, Foam, Sheet metal and Stone (Marble, Natural Stone, and Laminate). My machine aptitude and capabilities far exceed my ability to fit all of my attributes onto a single resume. I am fully capable of operating within a warehouse environment and with an average training time of less than one week no matter what type of machine or program. I am seeking a growing company willing to give me the opportunity to work, train and possibly manage.”

2. Police Have Confirmed that Prince Is the Suspect in a Shooting in Wilmington, Delaware

Prince has also been identified as a suspect in a shooting at 28th Street Auto Sales located in Wilmington, Delaware.

“At 10:46 hours, we received a call of shots fired at a car dealership at the 2800 block of Northeast Boulevard. It was called in by a business secretary that [said an individual had been] shot twice. Upon response to our officers, we came upon an individual who was conscious and alert, but he was actually shot two times. Our officers were speaking with him and our officers were advised by the victim, he gave us the name, it was the same suspect from Maryland, same description of a vehicle that just shot him and that he was known to him,” Chief Tracy said during a press conference this afternoon. The man’s name has not been released.

Schools in the Red Clay Consolidated School District were in a “modified lockdown,” but children were dismissed at the end of the day. Some after school activities had been cancelled, according to Delaware Online.

3. Police Have Searched Prince’s Last Known Address in Elkton, Maryland, But He Wasn’t There

Police arrived at an address linked to Prince shortly after he was identified as the suspect. They had been looking for a red Dodge Charger, which is pictured below. According to the Associated Press, Prince was not at the home.

Here is a picture of the red Dodge Charger police were looking for just after shooting. Found here at Prince's address in Elkton. @ABC2NEWS pic.twitter.com/F7mdBSNFez

A short while later, police were also seen in Newport, Delaware, and have sought out a home in Stanton that may have ties to Prince.

While speaking just after 2 p.m. this afternoon, Sheriff Gahler said that police had reached out to Prince’s family, but he did not elaborate.

Chief Robert Tracy told the media that Prince’s car has not been seen since this morning’s shooting in Delaware.

“Our officers actually saw the vehicle leaving the scene, were able to give a short chase, but lost the vehicle going northbound on 30th and Market Street. So, the last time that we’ve seen this individual today was earlier this morning,” Chief Tracy explained at the time.

4. Prince Was Arrested on Multiple Charges in Maryland in Recent Years

Sheriff Gahler said that Prince has a criminal record, but admitted that he wasn’t completely sure how extensive that record is. Heavy was able to find the following information about Prince.

In February 2017, a peace order, equivalent to a restraining order, was requested against him in Harford County court. It was denied. According to the Baltimore Sun, a co-worker sought the peace order after “Prince had punched an employee in the face and returned and threatened employees.”

Prince was arrested on August 13, 2016, by the Maryland State Police in Cecil County on several traffic charges, including changing lanes when unsafe, failure to obey properly placed traffic control device instructions, negligent driving, driving without required license, failure to stop for police and attempt to elude police, according to court records. Prosecutors declined to pursue the case in December 2016. Further details of that incident weren’t immediately available.

Prince was also arrested in March 2015 by the Cecil County Sheriff’s Office after another traffic-related incident. In that case, he was charged with driving without a license, driving with a suspended out-of-state license, failure to display license to police on demand, turning without giving appropriate signal and driving an uninsured vehicle. That case was also not prosecuted.

Court records show Radee Prince was charged in Maryland before with illegal possession of handgun in 2015 but case was dismissed. pic.twitter.com/EW6vNlDOjz

5. Prince Was Convicted of 15 Counts of Burglary in Delaware & Served Prison Time

According to court documents, Prince was convicted of 15 counts of third-degree burglary in Delaware in December 2003, according to court records. He was sentenced to serve 2 years in prison of a 25-year sentence, along with 2 years of probation. He was also ordered to pay $34,500 in restitution to the burglary victims. He was later charged multiple times with violating his probation and eventually sentenced in 2006 to serve an additional year in prison for not paying his restitution, violating a court-ordered curfew and failing to check in with his probation officer.

He appealed the probation violation sentence all the way to the Delaware Supreme Court, arguing that the period of probation had expired when he was sentenced. But the state’s high court ruled that because he had not paid the restitution, the Superior Court still had jurisdiction over him, court records show. 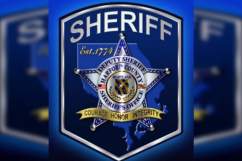