Join me in welcoming our nation's heroes to @MOHTwinCities. #HonorOurHeroesMN2016 by posting your own pic. #MedalofHonor pic.twitter.com/hjyRH1su7W

Senator Al Franken of Minnesota announced December 7 on Capitol Hill that he will resign “in the coming weeks” amid multiple reports of sexual misconduct.

“I of all people am aware that there is some irony in the fact that I am leaving while a man who has bragged on tape about his history of sexual assault sits in the Oval Office, and a man who has repeatedly preyed on young girls campaigns for the Senate with the full support of his party,” Franken said during his speech to his colleagues.

In addition, Franken said he would fully cooperate with the Senate Ethics Committee’s investigation into the accusations, saying he would ultimately be cleared of any wrongdoing.

“Some of the allegations against me are simply not true,” Franken said. “Others I remember very differently. I know in my heart, nothing that I have done as a Senator, nothing, has brought dishonor on this institution, and I am confident that the Ethics Committee would agree.”

Franken’s resignation comes hours after a coordinated effort by women in Senate sought to denounce his alleged actions and call for his resignation. Before Franken was elected to the Senate, he worked as a comedian on the comedy show Saturday Night Live. He was first elected to the Senate in 2008 after he defeated Republican Sen. Norm Coleman by just 312 votes. He won his re-election bid in 2014.

So, with Franken resigning, who will succeed him? On December 13, Governor Mark Dayton announced in a statement that Lieutenant Governor Tina Smith would succeed Franken.

1. Smith Will Serve a 1-Year Term & a Special Election Will Be Held

At the 76th annual @MNFarmersUnion convention. Great to meet & talk with farmers from across the state. Thanks for keeping Minnesota growing! pic.twitter.com/Q6xmZA9AsZ

Dayton said in his statement that Smith would be appointed, and she will serve a one-year term in the Senate that will end in January 2019. A special election will be held on November 6, 2018, and a permanent replacement would be elected to serve out the rest of Franken’s term, which is up January 2021.

“There is no one I trust more to assume the responsibilities of this important office,” Dayton said at a press conference. “I know that she will be a superb Senator, representing the best interests of our state and our citizens.”

The Star Tribune report said that Dayton was being “widely advised” to select a woman to take over Franken’s seat “given the circumstances” of his departure.

“I feel in this environment, and given what’s happening … a woman would be very appropriate,” Minnesota Rep. Frank Hornstein told the Star Tribune.

Franken released a statement on Smith succeeding him shortly after it was announce. He said that Smith “will make an excellent U.S. Senator.”

“She is a dedicated public servant who’s worked tirelessly on behalf of Minnesotans, and Governor Dayton couldn’t have made a better choice for this job,” he said.

Her record of accomplishment as Lieutenant Governor demonstrates that she’ll be an effective senator who knows how to work across party lines to get things done for Minnesota. I look forward to working with her on ensuring a speedy and seamless transition.

With Smith being selected, state Senator Michelle Fischbach, a Republican, will serve as lieutenant governor.

The result of Smith being selected to take over the seat and subsequent special election opens the door for Minnesota’s elections next year to be “among the most costly and closely watched in the nation,” according to the Star Tribune.

2. Smith Was Dayton’s Running Mate in 2014 After Serving as a Chief of Staff

Smith has served as Minnesota’s lieutenant governor since 2015 and has been high up in Gov. Dayton’s administration. After holding several business-related jobs in Minnesota, Smith served as the chief of staff for Minneapolis Mayor R.T. Rybak, managing his bid for governor in 2010.

After Rybak lost a key endorsement, Smith joined Dayton’s campaign for governor as a senior advisor and transition co-chair. When Dayton won and took office in 2011, he appointed her his chief of staff.

In 2014, despite never holding an elected office, Dayton asked her to be his running mate. Smith told Congressional Quarterly Roll Call during an interview that being asked to be Dayton’s running mate came as a surprise.

Dayton was criticized by many Republicans for picking someone in his inner circle instead of a fresh face.

“This administration has been dealing with the MNsure debacle, so why not bring in an outside person with a fresh set of eyes?” Ben Golnik, head of a Republican advocacy group, the MN Jobs Coalition, said to the Minnesota Post. “It’s a little disappointing, I think, that Gov. Dayton decided to look within rather than go outside.”

In 2015, Smith took office as lieutenant governor and regularly spends time traveling around Minnesota to gloss over Dayton’s policies and priorities. She also sat in for Dayton during budget talks in Minnesota last year as the administration tried to approve a universal pre-kindergarten program.

Many speculated that Smith was being groomed to run for governor and be Dayton’s successor when he steps down at the end of 2018. 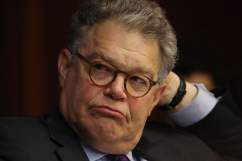 3. Smith Was Named 1 of the 25 Most Influential Women in Minnesota Politics

Thank you @GJ_Lacroix of @FranceinChicago for visiting to discuss our shared interest in trade, tech, & strong ties between France and Minn pic.twitter.com/BHe2PI7l4t

In 2016, Smith was named one of Congressional Quarterly Roll Call’s “25 most influential women in state politics.” During a speech in March 14, 2016, at an event for the Eugene J. McCarthy Center for Public Policy and Civic Engagement at the College of St. Benedict and St. John’s University, Smith spoke about how she was optimistic for the people of Minnesota because people are always figuring out better ways to do things.

Dayton spoke highly of Smith during an interview with the Minnesota Post, calling her influential in passing projects like the Minnesota Vikings’ new stadium and a

Dayton’s campaign website touted Smith as being “one of the state’s most capable and accomplish managers,” citing the last 30 years of bringing people together “to accomplish big things for her community and the people of Minnesota.”

One of Dayton and Smith’s key initiatives was to build a “Better Minnesota,” which meant making investments and reforms in an effort to improve the lives of those residing in the Midwestern state.

4. Smith Worked as a Marketing Consultant Before Switching to Politics

Save your dough for Sweet Martha's Cookies. For a low-cost, no-stress way to get to @mnstatefair, try Park & Ride! https://t.co/7191UiRtiy pic.twitter.com/BAU7Pocxca

Smith is a native of Albuquerque, New Mexico and her parents were involved in state and local politics. She worked on the Trans-Alaskan Pipeline in Prudhoe Bay, Alaska before attending college. She went on to graduate from Stanford University in 1980 with a degree in political science and earned a master’s degree in business administration from Dartmouth College in 1984.

Following her education, she made the move to Minnesota, where she first worked as a marketing consultant for General Mills. She also started her own marketing firm, MacWilliam, Cosgrove, Snider, Smith and Robinson, and worked as a political and campaign consultant for about three years.

In addition to her marketing firm, she served as the vice president of Planned Parenthood of Minnesota, North Dakota and South Dakota. Then in 2006, she made the switch to politics, serving as Rybak’s chief of staff from 2006-2010. 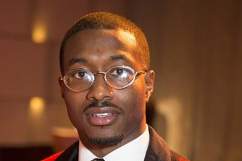 5. Smith Is Married to a Longtime Investment Banker & Has 2 Sons

Smith currently lives in southwest Minneapolis with her husband, Archie, who works as an investment manager. The couple have been married for over 30 years and have two sons together: Sam and Mason.

Happy Birthday @Trouthound1! In the world of #alternativefacts you are only 31. Lead on. pic.twitter.com/fadKIxvS9z

In a 2015 profile by the Minnesota Post, Archie described his wife with the nickname “Talk-a-lot-Tina” for the amount of time she spends on her cell phone, even when she’s at home.

A 2002 article in the Minnesota Business Journal quoted Archie, who was an analyst for U.S. Bancorp Piper Jaffray. He spoke highly of his boss, MedSource Technologies Inc. CEO Richard Effress, and the company being the only Minnesota IPO of 2002.

“Rich is a very collaborative guy,” Smith said of his boss. “He’s not afraid to bring in talent that is as good as he is to make the company run well. It’s part of his magic.”

Archie also worked as a partner for Rothschild Capital Partners, a venture partner with SightLine Partners and finally as the managing director in equity research for Piper Jaffray. He also serves on the Board of Directors for the Minneapolis Heart Institute Foundation.

In a November 2016 blog post, Smith spoke of being a hard-working mother. She said that their first son was born in 1987, when she was running her business out of their family home. With Archie working long hours and traveling for work, Smith said that she felt fortunate to be able to take time away from work two years later when they had their second son.

“I don’t know how we would have managed without this crucial time,” Smith wrote. “Today’s announcement means that more than 32,000 Minnesota state employee families will have that same opportunity. This is an important step, but we need to keep working so access to family and medical leave isn’t determined by the luck of where parents work.” 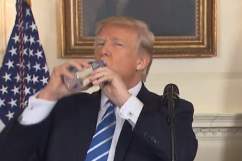 Loading more stories
wpDiscuz
0
0
Would love your thoughts, please comment.x
()
x
| Reply
Minnesota Lt. Gov. Tina Smith has been selected as the person who will replace Sen. Al Franken after his resignation.