FacebookIsaias De Jesus Valencia is shown in this Facebook photo. A neighbor described the man as extremely kind and said he was suffering from mental illness after serving in the military.

A standoff between authorities and an armed suspect resulted in one officer’s death and the wounding of another in Pomona, California, which is located approximately 30 miles outsides of Los Angeles.

The suspect has been identified as 39-year-old Isaias De Jesus Valencia, of Pomona, who was arrested Saturday afternoon following an about 15-hour standoff, ABC 7 reported.

The suspect barricaded himself inside of an apartment building before fatally shooting 30-year-old Pomona Police Officer Greggory Casillas following a pursuit, police said.

A neighbor and acquaintance of Valencia spoke with Heavy and described the suspect as a father who “fed the homeless,” and as a man “who would do anything to help anyone.” He said Valencia served in the military, and believes the tragedy could’ve been prevented with the right mental health programs in place.

1. Valencia Is Accused of Fatally Shooting an Officer Who Joined the Department in September

Stand-off over suspect in custody. One Pomona Police Officer shot & killed and one injured in an apparent shootout with barricaded suspect inside an apartment at Phillips and Palomares. @latimes @latimesphotos @LANow pic.twitter.com/aOKSTfZMyI

Pomona Police Chief Michael Olivieri provided the public with updates on the standoff situation via Twitter throughout Friday evening and Saturday.

It is with a heavy heart that I must report that one officer did not survive. The second officer is in stable condition.

“It is with a heavy heart that I must report that one officer did not survive,” the chief tweeted. “The second officer is in stable condition.”

The second officer has not been identified, and was undergoing surgery Saturday.

On September 7, 2017 the chief welcomed Casillas as the “newest Pomona Police Officer” via Facebook:

2. He Was Barricaded Inside of an Apartment Building Overnight, Police Say

According to Capt. Christopher Bergner of the Los Angeles County Sheriff’s Department, the standoff began as a police pursuit after a call about a reckless driver came in at about 9 p.m. on March 9. Officers then reportedly chased Valencia after he ran into an apartment building.

.@LACoSheriff said after Casillas was shot, the second officer tried to pull him to safety but was shot in the face.

Other officers moved in and reached both wounded officers. pic.twitter.com/6If5pdH0ps

“The suspect ran into an apartment complex and the officers gave chase,” Bergner stated at a press conference. “As he barricaded himself in a bedroom, officers attempted to contact him. He then began firing through the door, striking the two officers.”

Valencia was arrested March 10 at about 2 p.m. PST.

3. A Neighbor Said He Served in the Military & Was in ‘Extreme Need of Mental Health Care’

Heavy spoke with a neighbor and acquaintance of Valencia who said the man had nothing against police officers or the government, adding that he was in “extreme need of mental healthcare.”

“He was a generous father and family man,” Amos Young Jr. told Heavy.

It is an extremely tough time for his family, including his two children, our family, our community and law enforcement across the nation.

Isaias’ family are long, longtime community stakeholders in Pomona. They are a family who have put their children through our public school system. He is a man who would ride his bike or drive his car down Pomona street, and while hurting himself he would reach out a hand to give funds to someone who needed it.

He was a young man who had a disconnect following his return from the military. And there was a lack of services being offered in Pomona in particular. He had to trust the programs were there to help him, not hurt him and he didn’t. He had the mindset that he had to just deal with the problems himself. There was poverty, a lack of access to programs, a lack of access to a support system outside of his family. With the right programs, this could have been prevented.

He was well-known for being a giver. To me he did not have anything against the police officers…in his mind he was fighting for his life. He saw demons. He was not anti-police and he was not anti-government. He fed the homeless, that’s the kind of person that he was.

Young said he prayed with Valencia’s family Saturday night, and expressed that this has been and will continue to be a very dark time for all who have been affected by the tragedy.

4. Multiple Law Enforcement Agencies Joined In a Procession for the Late Officer

Another hero gone too soon. These tragedies are occurring too often, and the pains of sacrifice will never be forgotten. Our thoughts and prayers are with the @PomonaPD today. https://t.co/l4LwuO36lz

“Another hero gone too soon,” LAPD Chief Charlie Beck tweeted. “These tragedies are occurring too often, and the pains of sacrifice will never be forgotten. Our thoughts and prayers are with the @PomonaPD today.”

5. Valencia Is Being Held on $1 Million Bail on Suspicion of Murder of a Police Officer & Attempted Murder

We are deeply moved by the love and support we have received from our law enforcement brothers and sisters, our community and people across the US during this difficult time. Our hearts are heavy as we mourn the loss of our brother, Officer Gregg Casillas. pic.twitter.com/iCZph5DsvF

Valencia was booked on suspicion of murder of a police officer and attempted murder of other officers. He is being held on $1 million bail, according to court records.

“It has been a long night,” Los Angeles County Sheriff Jim McDonnell told the Los Angeles Times after Valencia was taken into custody.

McDonnell said that now that Valencia is behind bars and the situation is under control at the scene, the investigation into what happened can be conducted.

A prayer vigil was held at the Pomona Police headquarters late Sunday night, according to the Times.

“In the midst of all of the good, Lord, it now feels like a step back — a setback. We have stood here too many times,” Pastor Rick DeBruyne, of Lincoln Avenue Community Church, told the newspaper.

I am proud of the men and women of the Pomona Police Department. I thank everyone for the support and respect being shown for Gregg and our entire PD family. Please know that it is comforting to all of us. pic.twitter.com/YJsp4pW96L

Chief Olivieri thanked those who have shown support during this difficult time for the department.

“I am proud of the men and women of the Pomona Police Department,” he tweeted. “I thank everyone for the support and respect being shown for Gregg and our entire PD family. Please know that it is comforting to all of us.” 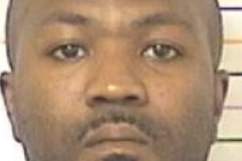 Loading more stories
wpDiscuz
0
0
Would love your thoughts, please comment.x
()
x
| Reply
Isaias De Jesus Valencia has been identified as the suspect who allegedly killed one officer and wounded another in Pomona, California.