Lisa Vanderpump opened up about her headline-making fight with her former friend, Kyle Richards, which ultimately led to her exit from the “Real Housewives of Beverly Hills” two years ago.

In a new interview with The Daily Mail, the Bravo veteran rehashed her epic fight with Richards that took place at her Villa Rosa estate and aired on “RHOBH” in 2019  after the “Halloween” star accused her of selling a tabloid story about the cast’s ”PuppyGate” drama. The storyline dominated the ninth season of “RHOBH” after a Vanderpump Dogs pup that Dorit Kemsley adopted temporarily ended up at a kill shelter.

Shortly after the argument aired, Vanderpump announced her exit from the “Real Housewives” franchise.

Lisa Vanderpump Admitted Her Fight With Richards Was Not ‘Classy’ 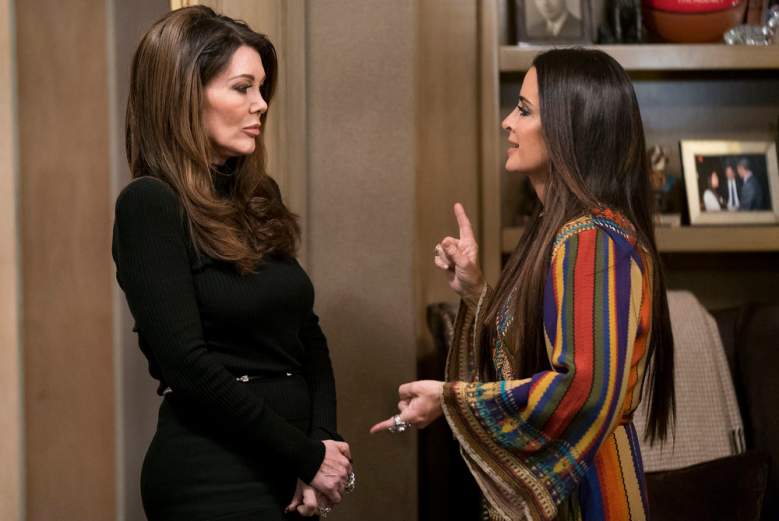 In the new interview, Vanderpump revealed that she knew her time on the Beverly Hills-based Bravo show had to come to an end after Richards accused her of lying about the tabloid leak and she and her husband Ken Todd were forced to kick her out of their house with a “Goodbye Kyle!”

“You don’t need some of your supposedly best friends standing in your kitchen screaming at you that you’re a liar,” Vanderpump said of her blowup with Richards.

She then admitted blame for her role in the friendship-ending argument.

‘I don’t think I was that classy when I said to Kyle ‘get the hell out of my kitchen,’” Vanderpump admitted.”There’s no point getting down in the dirt. And, you know, ultimately, you’ll kind of – as long as you don’t succumb to it, you know – try not to lose your dignity.’ 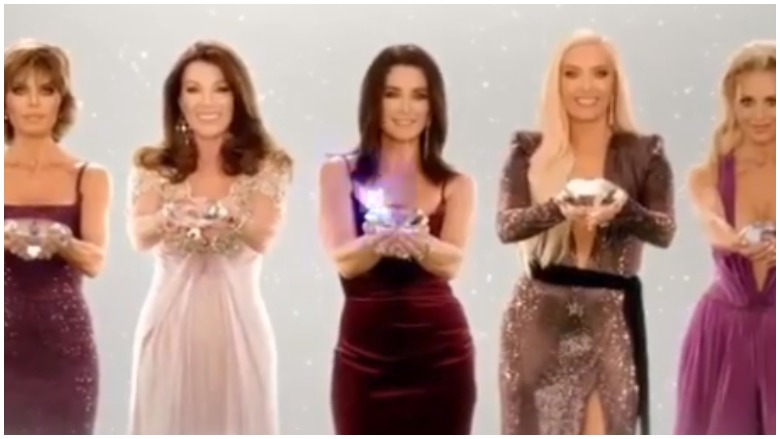 While she admitted that her behavior with Richards in her kitchen wasn’t “classy,” Vanderpump is still not a fan of her former franchise co-stars.  According to TooFab, the SUR owner recently plugged her Vanderpump Dogs Foundation while shading her former friends,

When asked which “b*tches” she was referring to, Vanderpump sniped, “I think there’s at least half a dozen,” which was a not-so-subtle jab at her six ex-castmates Richards, Kemsley, Lisa Rinna, Erika Girardi, Teddi Mellencamp, and Denise Richards.

“She signed up to do the ‘Housewives‘ and she’s gotten a lot out of it,” Richards said of Vanderpump. “You know… her restaurants, her shows or whatever. I mean, honestly, in the big scheme of things, our big falling out was [me] saying that people think you [sold] this story and that’s why you leave? I mean, are you kidding me?”

She added that the whole falling out with Vanderpump “wasn’t that big of a deal” and could have blown over.

“It didn’t have to come to that, and she should have just said, ‘Okay, believe what you want,’ and moved on,” Richards said. . But she’s bitter that it worked out the way it did…. Bitter spice.”

Loading more stories
wpDiscuz
0
0
Would love your thoughts, please comment.x
()
x
| Reply
The 'Real Housewives of Beverly Hills' alum opens up about her fight with her former friend.